Are beauty pageants good or bad for the child? Should they be banned? 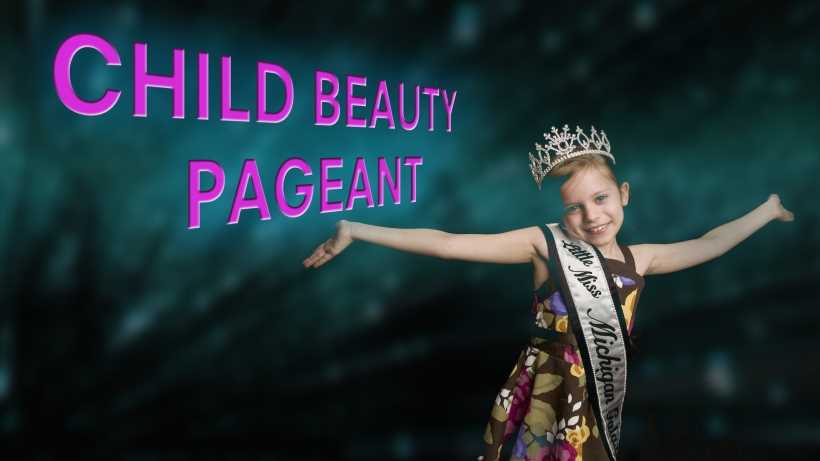 Source: Composite by G_marius based on a The Toad's image

Child beauty pageants are an old tradition but also one of the most controversial competitions around the world. Many claim they should be banned. And you?

Should child beauty pageants be banned?

First appearing in the US in the 1960s, child beauty pageants have remained a predominantly American phenomenon, although they were later introduced in a number of other countries, such as the UK, Australia, or South Africa. A variety of pageants are organised for different age divisions ranging from 0-11 months to 16-18 years. Although the vast majority of pageants cater to girls, there are also some for boys.

A typical contest consists of a variety of routines, such as modeling sportswear, evening attire, dance or singing. The children are judged on the basis of looks, poise and confidence. Some of the routines includes movements such as "sassy walk" or facial expressions such pouting and "duckface", and it is common for contestants to sport big hair, makeup, nail extensions and even spray tans.

It is these routines and extreme makeovers that the controversy over children's beauty pageants mostly stems from. Focusing on a perfect image, the pageants have been criticised for psychologically damaging the children participants, and potentially leading to eating disorders and body image issues. They are also said to sexualise children and teach young girls that their worth is dependent on their physical appearance. At the same time, competitions are a stressful experience to a lot of young children. This stress can be even more accentuated by the pressure of parents, who enter their children in pageants often to fulfill their own ambitions. These contests could have a potential negative impact on children's development. To some critics, parents subjecting their children to such an experience could even count as child abuse. The lack of legal framework and consistent rules across pageants makes the position of children more vulnerable.

On the other hand, however, parents and ex-participants defend pageants as positive experiences that are playful, fun and can even help build a child's character. Participation in a pageant is said to help children gain confidence when performing in from of the crown. Parents also said that their girls or boys learn to be competitive and socially skillful, attributes that will be valuable for their future. Children can also get a sense of accomplishment and pride by gaining praise and awards in contests.

Despite these arguments defending the pageants, France decided to ban these contests in 2013 and Russia took a similar decision in 2014. Relevant discussions are being held in the UK, Ireland and Australia. Do you agree with the arguments that beauty pageants are psychologically damaging to children? Would their ban protect children? Or do you think they are a cult tradition worth keeping?

Are beauty pageants good or bad for the child? Should they be banned? Vote and share your views and experiences on the pros and cons of beauty pageants on the forum below.


Are beauty pageants good or bad for the child? Should they be banned?