What is the main barrier for economic diversification in developing resource-rich countries? 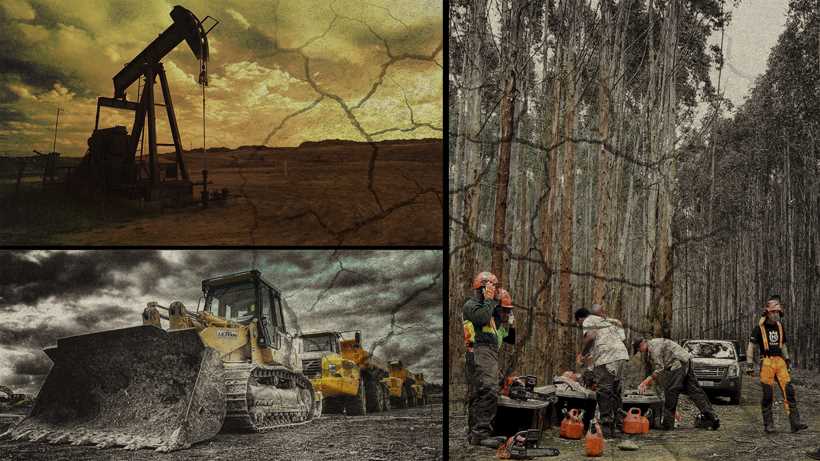 A successful economic diversification strategy is usually the way for resource-rich developing countries to escape the "natural resource curse." We discuss the main problems these countries are facing in order to diversify their economies and prevent the negative economic and political consequences of excessive dependence on a specific resource.

This debate is based on a Lecture on Economic Diversification in Resource-rich Countries (4 October 2016) in the course "Political Economy of Development: Natural Resource Wealth Management" by Dr Anar Ahmadov at Leiden University College, The Hague.

Dr Anar Ahmadov is Assistant Professor of Comparative and Political Economy at Leiden University (Universiteit Leiden). He holds a PhD in Government from the London School of Economics and Political Science and has worked at the Niehaus Center of Globalization and Governance at Princeton University and the Global Economic Governance Programme at Oxford University. His areas of expertise include Natural Resource Governance, Autocratic Institutions, Regime Dynamics and Comparative Politics.

Resource-rich countries and the "resource curse"

Many analysts point to the "resource curse" or "paradox of plenty" as one of the main hindrances to sustainable development in resource-rich countries. Owning rich natural resources can become counter-productive to a country's long-term prosperity as it has been observed that resource-intensive economies often grow slower over time than others with a more diversified economy. The resource curse theory suggests that countries richly endowed with non-renewable natural resources such as oil, gas, gold, phosphates and other minerals, tend to have problems in terms of economic development and political  liberalization. These countries are often less democratic and struggle to implement a solid economic diversification strategy. Out of the 51 countries classified by the IMF as "resource-rich" the 29 which are considered lower-middle and low income states, display some common problems (Venables 2016):

Political economists have provided a wide range of explanations for these negative effects on resource-intensive economies. The quality of political and economic institutions, terms of trade effect, "Dutch Disease," and debt overhang are among the most often cited causal mechanisms. But how can this "resource curse" be solved?

Economic diversification is one of the most frequently offered – and in many cases at least nominally adopted – long-term solutions to the “economic resource curse.” However, while some resource-rich developing countries are successful in their efforts to defy specialization in primary commodities, others fail in this. Why? First, the perspectives on what predicts economic development accord primary role to geography (Bloom et al., 1998; Diamond, 1997; Redding and Venables, 2004), trade openness (Frankel and Romer, 1999; Sachs et al., 1995) or institutions (Acemoglu et al., 2001; Easterly and Levine, 2003; Rodrik et al., 2004; Sokoloff and Engerman, 2000). Similarly, while some studies of diversification provide evidence that market access and climate variability are important predictors (Malik and Temple, 2009), others find that export, international transport and market entry costs (Dennis and Shepherd, 2007) or such institutional variables as political regime and rent-seeking significantly affect diversification chances (Cuberes and Jerzmanowski, 2009; Starosta de Waldemar, 2010). Finally, while some studies of the potential sources of the “resource curse” attribute a critical role to trade policies (Arezki and Van der Ploeg, 2007), others find that resource abundance - a largely geographic variable – per se is a key predictor (Brunnschweiler and Bulte, 2008) or argue that political economy and institutions are key (Arezki and Van der Ploeg, 2007; Jones Luong and Weinthal, 2006; Mehlum et al., 2006; Robinson et al., 2006).

Which of the above explanations do you find more compelling and why? Although resource-rich countries may suffer for several of these "conditions", which of them do you think is the main hindrace for a successful economic diversification strategy? Should geographical variables, political institutions or trade policies be blamed above the rest? What about the impact on the environment and labor market?

Watch these videos on the impact of the fall in oil prices in Africa and the challenges of the economic diversification process:

What is the main barrier to economic diversification in natural resource-rich countries: a) their unfavourable geography, b) political institutions, or c) poor trade policies? Vote and join our debate below.


What is the main barrier for economic diversification in developing resource-rich countries?