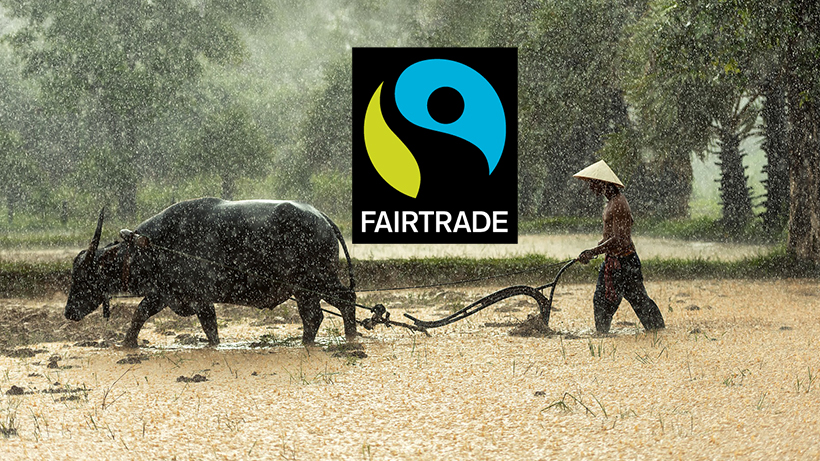 We discuss the Fair Trade (or Fairtrade) movement, its principles, goals, products and more importantly, the impact it has on existing power relations in developing countries. Is fairtrade good for development?

This debate is part of the second week of the LSE100 module "Should Markets be Constrained or Unleashed?" in February 2017 following the lectures of Nigel Dodd, Professor of Sociology, and Deborah James, Professor of Anthropology, at the London School of Economics and Political Science.

What is the goal of fair trade? Facts and examples

Fair trade or Fairtrade is a social movement which aims at supporting sustainable farming and helping producers in developing countries by introducing better trading conditions for them. Fair trade supporters believe that by incentivizing changes in the supply chain of certain products it is possible to introduce changes in the rural labor markets and improve the lives of many disadvantaged people. As Wilson (2011: 326) points out, fair trade begins with a "critique of the ‘unfair’ operation of global markets." Fair trade aims at reducing exploitation and empower women workers and producers in rural labor markets. Small producers in poor countries organize themselves in groups or cooperatives. Buyers participating in the Fair trade systems must establish long-term relationships with these groups of producers and pay a minimum price for the commodity.

Coffee is one of the products in which fair trade has had the strongest impact. Even multinationals such as Nestlé and Starbucks have joined the Fair Trade movement and contributed to its impact. Countries such as Costa Rica, Guatemala, Uganda and Tanzania have become important sources of fair trade coffee.

Consumers are also willing to pay an extra price for fair trade cocoa products and their sales of grew by 27% in 2015. Brands such Divine Chocolate, Cadbury, Ben & Jerry's, and Green & Black's have made of fair trade an important part of their marketing strategy. Textiles from fair trade cotton, are also increasingly popular. Bananas, flowers, sugar, gold, honey, tea, fruit, spices, rice and wine are other examples of fair trade products.

Fair trade schemes could lead to systemic changes in the way power relations are embedded and exercised in the international trading system. Fair trade brands try to do this is by making the producers more visible to consumers, as well as the potentially exploitative social and labor relations underlying global commodity chains. Fair trade seeks to bring consumers into a more direct relation with producers and hence overcome "commodity fetishism."

However, it has been argued that the top-down approach adopted by the Fair Trade movement, has proven inadequate or insufficient in modifying the international trading system, as well as the power relations on which it is grounded. Its almost exclussive focus on farmers and consumers and the fact that it mainly works with big brands, may be construed as problematic. The use of fair trade as "radical mainstream" or "alternative high street" marketing could dilute and jeopardize fair trade principles or at least not produce the intended effect on pre-existing power relations (Wilson 2011). Fair trade is not sufficient to shift longstanding power relations: farmer ownership, democratic practices, forward integration and women's enpowerment require additional efforts.

A team of researchers based at SOAS, University of London, recently conducted an extensive study of fair trade coffee and flower production in Ethiopia and Uganda (Cramer et al. 2014) concluding that fair trade is making at best only a very limited impact on rural poverty, wages and working conditions. Child labor and routine sexual harassment were found to be present at both fair trade and non fair trade sites. Fair trade may be helping to support the development of a class of capitalist farmers, but not empowering the poorest.

The effectiveness of fair trade remains contested. Do you think the Fair Trade movement is succeeding in altering "unfair" power relations in developing countries? What do you think are the main limitations encountered? Should governments play a more active role in promoting fair trade? Vote and comment on the forum below.

Watch these lectures on fair trade by Professor Chris Cramer, SOAS, and Professor Michael Northcott, The University of Edinburgh

Does fair trade challenge or support existing power relations? Vote and share your views and questions in the discussion forum below. This is an opportunity to exchange your ideas with teachers and students.