The Trans-Pacific Partnership (TPP) will increase trade, but will it undermine democracy, public services, and the environment? 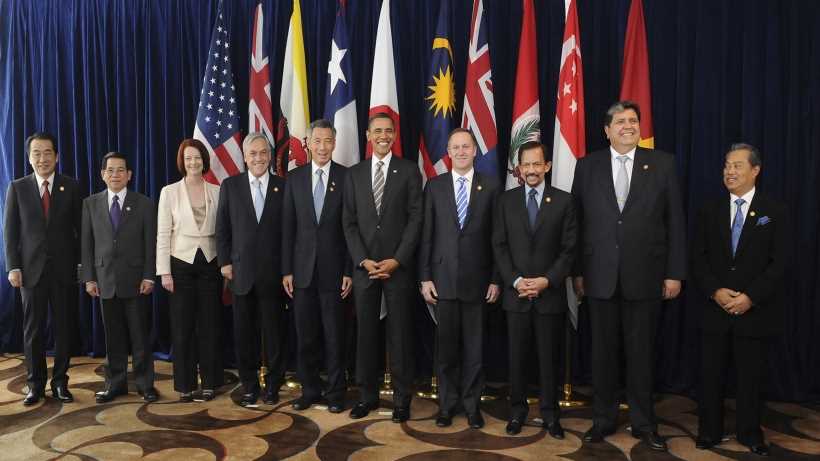 The Trans-Pacific Partnership (TPP) is highly controversial. We debate the pros and cons of this ambitious trade agreement and whether Donald Trump decision to withdraw from this free trade agreement is right. Vote in our poll & share your views (below)

One of the first decisions President Donald Trump has made is the withdrawal from the Trans-Pacific Partnership (TPP). On 23 January 2016, only 3 days after arriving to the White House, Trump has signed an executive order to start the process of disengagement from the largest trade pact in the world. Many warn that this is the first step toward a wideranging protectionist strategy that could have important implications for businesses and trigger a trade war with some of the traditional US trade partners.

This free-trade agreement created huge debate during its drafting and negotiation. Some experts argued than an agreement like this had  to be reached in an open and transparent way and that the fact that it was agreed behind closed doors indicated that the interest of large multinational corporations may have prioritized over citizens interests and democratic values.

What Is the TPP?

The Trans-Pacific Partnership (TPP) is one of the most ambitious free trade agreements ever attempted which has similarities with the TTIP between the US and EU. The TPP agreement is the successor of the Trans-Pacific Strategic Economic Partnership Agreement or TPSEP signed by Singapore, New Zealand, Chile and Brunei in 2005. Several other countries gradually enter the discussions for further trade liberalization in the Pacific area. The US, Australia, Vietnam and Peru joined the negotiations in 2008, Malaysia in 2010, Canada and Mexico in 2012, and Japan in 2013.

TPP's ambitious goals are to promote trade, investment , economic growth, job creation, development and innovation through the collaboration of the signing countries. Although intitially the goal was to conclude the negotiations in 2012, due to discrepancies in views concerning intellectual property, agriculture and services among others, the talks for the TPP are still ongoing.  US President Obama made of the TPP is one of the primary goals of his trade agenda. But Donald Trump promised to take America out of the TPP group.

The supporters of TPP have billed it as a pathway to unlock future growth of the countries involved in the pact. The critics have been equally vociferous, not least because of the secrecy surrounding the negotiations of the agreement.

The benefits of removing significant tariff and non-tariff barriers that restrict global trade and investment of goods and services supporters of TPP argue are significant. There are several reasons to support the TPP despite globalization concerns.

There are several arguments poining at the potential risks linked to the implementation of TPP:

Emerging questions: Do you think The Trans-Pacific Partnership or TPP mainly benefits trade and living standards or do you think it undermines democracy, attack public services, and threaten the advances in environmental policies? Will the TPP help the people by stimulating economic growth and employment or is it just putting more power in the hands of multinational companies? Was Trump decision to withdraw from TPP right? How should this disengagement be, quick or as fast as possible?

Is the Trans-Pacific Partnership a good deal?  Vote in the poll below and let us know what you think about open government, its desirability and how it can be achieved. Please invite other to vote and join the discusion.


The Trans-Pacific Partnership (TPP) will increase trade, but will it undermine democracy, public services, and the environment?