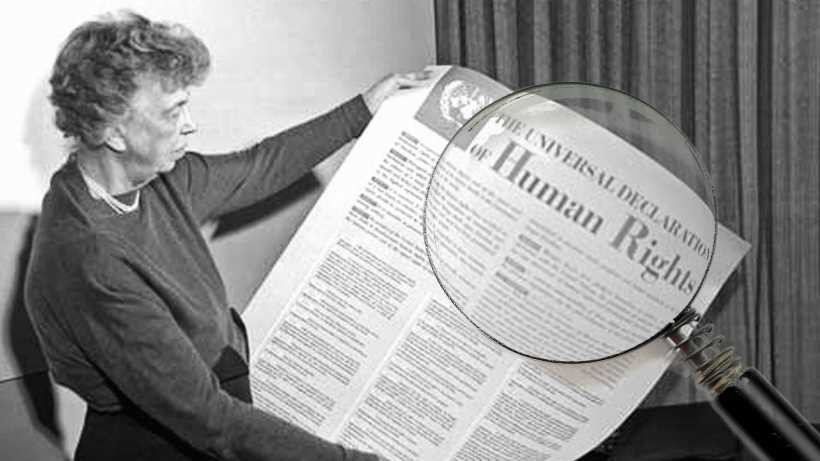 Since The Universal Declaration of Human Rights (UDHR), adopted by the United Nations in 1948, the idea of basic human rights have grown to be accepted by most nations. It has become commonly agreed that there are inherent human rights which people are born with such as the right to life, liberty and security. It is argued today that the rights included in the UDHR have become constitutive elements of modern and "civilised" statehood.

Human rights are widely accepted and promoted in Western societies. However, human rights ideology has failed to gain a strong foothold in non-Western territories. Many argue that human rights are not universal. From both practical and theoretical perspectives the universality of human rights can be questioned.

Human rights, as expressed in the UDHR, are strongly inspired by Western culture which places strong emphasis on individual rights. In many non-Western societies value systems prioritise family, social and community over and above the rights of the individual. Thus, human rights can be viewed as the imposition of "western values" or a new kind of "imperialism". The violation of supposedly universal human rights have been used as an excuse to justify embargoes and military interventions in developing countries. Moreover, human rights have been wielded to delegitimise certain cultural and religious practices. The human rights debate joins the wider theoretical issue of universalism vs relativism.

Others criticize that the UDHR is an ethical framework that solely regards humans as being entitled to rights. This leads to an anthropocentric perspective of the world which largely ignores the rights of non-humans and environmental problems. It has been argued that human rights based on individualism can often conflict with ecological considerations placing two value systems in conflict. The rights and rationality of individuals often conflicts with the collective rationality and common good. The sustainability of the planet is not guaranteed by human rights.

Conversely, many critics defend the need of universally accepted and applied human rights. Given the conflicts of the past century and the turmoil of the present, there must be some framework established of human rights that we could all sign up to in order to have a civilised life and preserve minimal living standards for everyone. From this perspective, it would be desirable to take different conceptions of human rights to create a new declaration and value system that could be universally accepted and applied.

Should human rights be universal or customised to different societies? Should the individual be placed at the centre of human rights or should the community and the family be prioritized? Is the focus on human rights detrimental to animal rights and environmental issues?

This debate was based on "Are Human Rights Universal – Ethics & Politics Discussion". Event organised by GlobalNET21 and the Ethical Society on 28 September 2015 at Brockway Room, Conway Hall, 25 Red Lion Square, London WC1R 4RL, London. The speaker Professor Stephen Bowen, is Director of the British Institute of Human Rights (BIHR).
Are human rights universal? Vote and share your views on the comment section below.