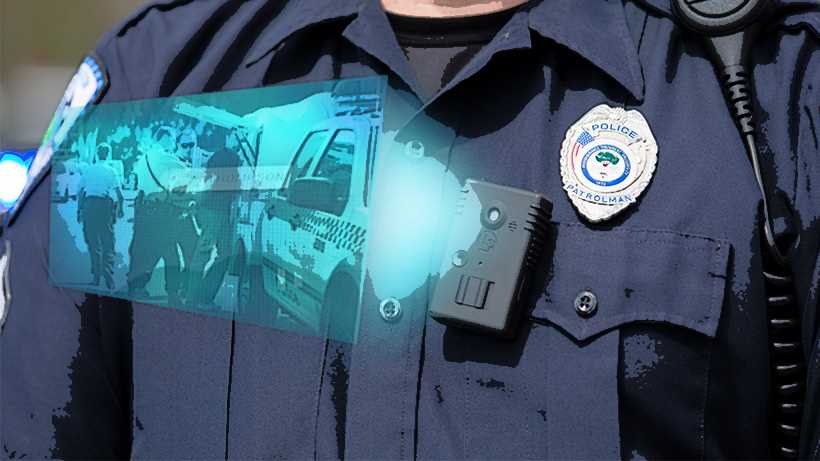 We discuss the challenges concerning the use and regulation of police body cameras and if they will help stop police brutality and the killing of innocents by police officers. Find out more about the pros and cons of police body cameras. Invite others concerned with privacy, transparency and security to join this debate.

By Paul McNeil. An earlier version of this article was published at the Huffington Post

Paul McNeil is a tech analyst specialized in the political and moral perspectives of today’s innovative world. He has a worked as a news writer and TV anchorman. He has published articles in several websites including Newsmax, The Hill, ArabNews, American Thinker, Canada Free Press and TechMoralitics. You can folllow Paul  McNeil on twitter (click here)

In the United States, Ferguson made us realize the importance of transparency and the further need to hold police accountable and stop police brutality. Charlotte taught us new lessons about how a city police chief should not have the authority to make a decision on whether or not to release bodycam footage. And yet, a Cambridge University study shows the use of bodycams in the United Kingdom have led to a 90 percent drop in complaints. It is in the general interest of the entire public to demand true and unbiased transparency. Technology alone, however, cannot provide all the answers. Policy regulating the use of this technology is imperative.

Researchers believe that police body cameras have effectively reduced non-compliance amongst officers regarding their procedures, and even criminals and ordinary citizens are thinking twice about their behavior in the presence of police officers. This study covered various areas UK, observing that the use of cameras has had a significant effect in improving relations between the police and the public.

The issue at hand

Keith Scott was shot dead by a police officer in Charlotte while his wife was recording the scene with her mobile device. She has released her mobile phone’s footage. The police, however, took too long to budge on releasing bodycam footage of the scene. The policy used in Charlotte permits the police chief to decide if access to recorded audio/video footage revealing a police officer firing a weapon can be provided to an individual filing a complaint against the police. Where’s the transparency in that? Who is a police chief to decide that the public can have access only to his/her own “assessment” of valuable audio/video recording of a very serious and highly provocative encounter affecting all of our society?

An officer may have a good or bad day at work. This shouldn’t be the index based on which we decide to release such important information or not. In fact, the footage captured on an officer’s bad day is exactly what is needed to provide transparency and allow the necessary decision-makings afterwards. The public has the right to know because citizens are paying taxes, and their taxes are funding the millions being used on police body cameras.

Technology is made available to support the public’s benefit, not  to allow authorities deprive the public they are elected to serve of the very important data needed to make crucial decisions. Viewpoints differ on the correct use and actual purpose of body cams, with many seeking to collect criminal evidence through this medium, and others seeing it simply as a tool on a mission to facilitate police accountability. This is where the all-important issue of policy comes into play. The thin line differentiating how tools are used for transparency or surveillance is policy.

We do, however, have to respect the fact that different cities have different legitimate concerns. For instance, there are cases where body cam video footage involves an individual’s home. Police departments also seek the ability to protect their officers from public discretion prior to receiving the due process before a judge. Body worn cameras could allow police to get extra evidence on suspects and a better understanding of their behavior. They may also deter criminals from shooting police officers. For some people, the main function of bodycams is to stop police brutality, which given numerous cases of police killing innocent people is particularly important. Our perceptions on the pros and cons of police body cameras are linked to our expectations and preferences about their use and purpose.

Yet in circumstances that a city like Charlotte is already under a state of emergency, the release of such sensitive footage can lead to a further discharge of public anger. And this is undesirable addition to the already escalating tension in the city. This is especially true when the highly controversial issue of race is involved, for say, a white officer opening fire on a innocent black young man. The police should be provided some authority to decide, along with other legitimate officials, if the release of such footage would spark public outrage and endanger public interests. However, this authority must not be tampered and abused to such an extent that the public begins to lose faith and actually questions such decisions.

The UK was also troubled after the unfortunate death of Dalian Atkinson, a former football star for Aston Villa, after being Tasered by the police, instigating more calls for the use of bodycams in the police force and investigate police racism.

We as members of the public also bear responsibility on this matter. We should be mature and wise enough to understand that at times when such footage is vague, racial viewpoints, political stances and the perception of what we “want” to see should not mislead our judgement in reviewing such footage. The police should also understand the importance of maintaining transparency, and how such measures actually help gain the trust and respect of the very people they are on duty to protect.

The irony is that city officials cite transparency as the very reason to invest in policies of installing body cams on police officers. Thus, their loyalty will of course be put to the test at sensitive times, and not routine days when officers go on with carrying out their duties. Here lies the necessity of proper policy to hold law enforcement officials responsible for remaining loyal to the policy of transparency. If the public is paying the police to protect them, and also paying for such technological tools to help police enhance their safety and security, they should enjoy the right to have access to all the necessary information at such critical times of decision making.

In order to help make up your mind about the big question in our debate here you can find a list of the most important benefits and problems of police body cameras:

Watch this debate: Should police wear body cameras? Attention some of the images are graphic

Emerging questions: Are these cameras simply part of a plan for police surveillance and monitoring? Do you think that the elimination of police body cameras, as the Black Lives Matter movement claims, would be the right approach? Should all footage be available for external examination? To what extent the police should be able to control access to the recording of their interactions with the public?

Police body cameras pros and cons: Can bodycams prevent unjustified police killings? Vote and share your thoughts and please invite to join the debate anyone concerned with crime and police brutality