Understanding crime statistics: why is measuring crime so problematic? 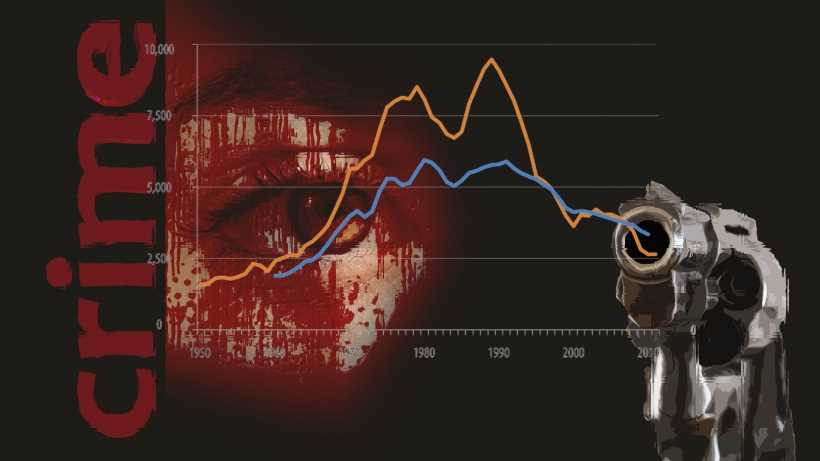 Is the crime rate going up or down? Measuring crime is difficult and official crime statistics are hard to interpret and compare. Join the debate and find out why.

This debate is based on the LSE100 lecture “Understanding trends in crime and punishment" by Tim Newburn Professor of Criminology and Social Policy (07 November 2016) at The London School of Economics and Political Science. This lecture was part of the series "Is punishment the answer to crime?"

Understanding trends in crime is extremely important in order to assess the need for and effectiveness of punishment. Governments adapt their responses to crime according to the magnitude of the problem and the success of the measures in place. However their crime figures are not always straightforward, and knowing whether crime rate is going up or down can be more challenging than one might imagine. Depending on the approach to measuring crime, the dimension and evolution of the problem varies. Broadly there are two may ways of measureng crime: police-recorded crime statistics and victimization surveys.

Police-recorded crime statistics are very valuable because they provide lengthy time-series datasets which help establish across time and area comparisons of the crime rate. Police crime figures are formally regulated and stardardized. Usually crimes are immediately reported to police so the accounts from victims and witnesses tend to be fresher than those in crime surveys. Most countries have collected these statistics for decades. However there are also some limitations to crime statistics recorded by police:

However, victimization surveys have also some limitations:

All the problems suggested above tend to create discrepancies in official crime statistics and make more difficult to establish comparisons and depict tendencies in crime rate. Out of all the existing problems measuring crime, which one do you think is the most serious?


Understanding crime statistics: why is measuring crime so problematic?