Gun violence and deaths in America: should guns be banned? 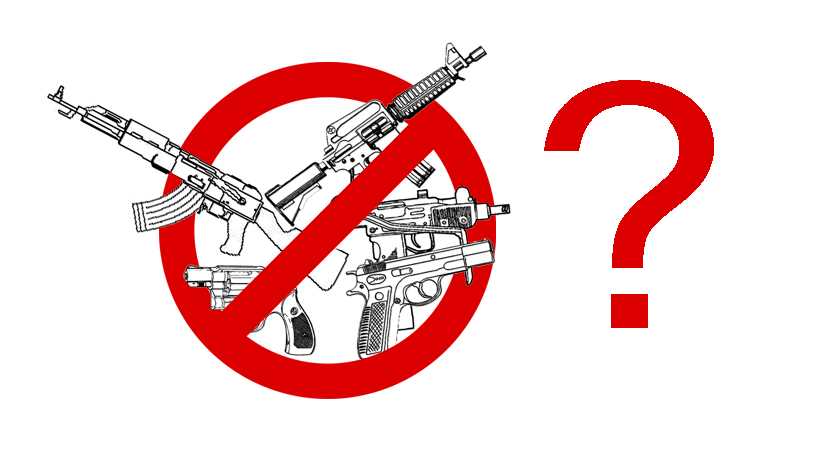 We discuss background checks, gun control, and gun violence in America. Should federal gun laws change and the Second Amendment repealed or reinterpreted? Should guns be banned? What type of firearms should be further restricted? What about Donald Trump agenda on this issue? Join the debate and vote!

A neverending story, last high profile deadly mass shooting in America took place in Parkland high school on 14 February 2018. Seventeen people lost their lives. According to The Economist this was the 1,607th mass shooting in the USA since the Sandy Hook attack in 2012. On 5 November 2017, 26 people were killed and 20 injured in a church in Sutherland Springs, Texas. On 2 October 2017, a man assassinated 59 people and injured more than 500, by shooting to the attendees of a country music concert in Las Vegas. This has become the worst mass shooting in the history of the United States. The previous most deadly shooting took place the previous year, on 12 June 2016, when terrorist  attacked on the Pulse night club in Orlando, Florida, killing 49 and injuring 53. This are not not isolated cases. It follows a series of mass shootings, including the San Bernardino attack (16 killed, 19 injured) six months earlier, which have attracted great media attention worldwide. Gun control and gun violence became central issues in the Trump vs Clinton election battle. The Republican and the Democratic candidates adopted diametrically opposed interpretations of the causes and solutions of these problems. In the end the former won the election. One of Donald Trump's promises was to protect the right to bear arms.

Here, we want to discuss, in a constructive way, whether guns should be banned. In order to set the debate we want to share some facts about gun crime.

Gun deaths in America are not at a historic high, but there are reasons to be concerned about the current situation. During the early 1990s, the worst period in recent history, America averaged 13,000 annual homicides by handgun. Gun violence declined in the late 1990s and early 2000s but now it seems to show a new worrisome upward trend. In 2013, firearms caused 11,208 deaths by homicide, 21,175 deaths by suicide, and 505 deaths by accidental discharge. There are about 310 million guns in America.

There have been more than 1,000 mass shootings in American since January 2013, with a total of 1,135 people killed and 2,944 injured. For example in about 6 months in 2016 there were about 136 mass shootings among which these are the most gruesome:

The rate of gun deaths in America is far larger than that in any other similarly rich and developed country.

Gun homicides per capita in the US are:

Firearms-related deaths per capita (including accidents and suicides) in the US are:

Should guns be banned?

Obama's gun control plan was received with mix views among Americans. Some saw the reinforcement of gun purchase background checks as a first step in the process of changing federal gun laws to limit the access to firearms to the public. In the the USA there are more than 310 million firearms, roughly one gun per capita, and many analysts see this as one of the most important reasons for school shootings and other mass shootings. Moreover, different studies published in renowned research journals show a correlation between household gun ownership and suicide rates.

Gun control advocacy groups and Democratic candidate Hillary Clinton suggest the need of a legal reform to enhance gun control and keep the guns away from domestic abusers, terrorists, and other violent criminals. Stricter background checks for guns buyers could be implemented. Assault riffles and other automatic and semi-automatic guns should be prohibited to civilians. Many argue for a reinterpretation or repeal of the Second Amendment of the Constitution and a ban on selling, buying and carrying firearms.

On the other hand, gun rights advocates, such as he National Riffle Association (NRA) and the Republican candidate Donald Trump, claim that gun possession is far from being a cause for the increase of gun related attacks. For him guns have a strong deterrent capacity and if more people would have them strapped to their ankles or waist in their everyday lives, killers would think it twice before attempting their atrocities. The Second Amendment of the US Constitution links the right of people to keep and bear arms to the "security of a free state."

Hot questions: Do you think armed teachers and clubgoers are a logical solution to the gun violence problem in America? Are assault rifles and sub-machine guns necessary for self-defense or hunting? Are the current background checks appropriate to identify dangerous gun owners? Is a complete ban of gun ownership necessary? If not, what type of guns should be blacklisted? Are guns necessary to ensure peace? Will or should Donald Trump legalize possession of some of the weapons which have been restricted so far? Share your views on the discussion forum below.

Watch these interesting videos on how suspected terrorist buy guns and a debate on gun control and the NRA:

Gun violence and deaths in America: should guns be banned for civilians? Vote and explain why weapons should be further regulated or promoted


Gun violence and deaths in America: should guns be banned?