Who has the power to authorize and declare war: President or Congress? 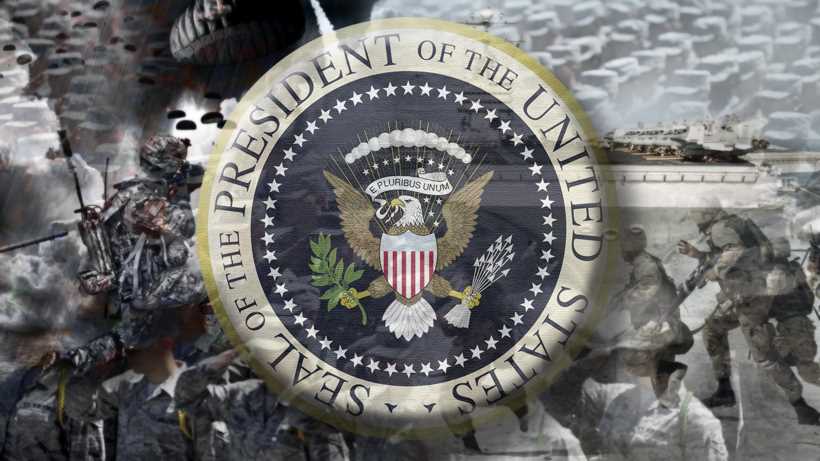 Does the President have the power to declare war? Is necessary to wait for Congress' authorization to go to war? Learn from the experts & join the debate

Who has the power to declare war?

War powers are usually distributed between the executive and legislative branches of government. The American Constitution is not always interpreted in the same way. On the one hand, some analysts believe that going to war is one of the presidential powers and therefore U.S. Presidents do not need the approval of the Congress. On the other hand, many argue that the Constitution grant the Congress the power to determine if the country will wage offensive war and against whom. Once that decision is made by the Congress, the President is responsible for waging the war, as Commander in chief.

Who do you think has or should have war powers? Can the President declare war? Is the Congress authorization necessary to go to war? Should there be exceptions to this? What should we do in case of self-defense? Would the need for operational secrecy and special forces be jeorpardized by a Congressional vote? Read what the experts have to say, vote in the poll below and explain why the President and / or the Congress should be vested with the power to declare war.

In his commentary Professor John Yoo argues that the President of the United States, as a matter of law, never needs Congressional approval to engage in foreign conflics. In fact, the United States have been involved in foreign armed conflict more than 100 times but war has been declared formally only five times: the War of 1812, the Mexican-American and Spanish American Wars and the First and Second World Wars. Presidents have sent troops to fight in Korea, Vietnam, Panama, the Balkans without any congressional authorization. The wars in Iraq received the authorization of the Congress but not declarations of wars.

The Consitution gives presidents the power to wage war as commander in chief and chief executive. Hamilton in Federalist 74 argued that the President could act with "decision, activity, secrecy, and dispatch." Professor Yoo argues that although the Congress have the power to regulate the armed forces and declare war, congressional control of tactics and strategy was not intended by the Founding Fathers. Congress is too slow, polarized and inflexible to manage micromanage military decissions.

Professor Yoo uses the case of congressional approval for air strikes in Syria to illustrate how relying on the Congress may undermine national security. In the case of war, Congress control should be exercised by cutting budgets and shapind the size and composition of the military, not by vetoing President's decisions. Moreover, it is in the interest of Congressmen to let the President take the political risks and be held accountable in case of failure. According to Yoo the President should have the initiative and the capacity to react swiftly without waiting for congressional approval. Wars aren't won by committee.

Professor John Yoo is Co-Director of the Korea Law Center and faculty director for the California Constitution Center and the Program in Public Law and Governance at Berkeley-Law. He received his B.A. in American history from Harvard University and his J.D. from Yale Law School. He is the author of several books including: The Powers of War and Peace: The Constitution and Foreign Affairs after 9/11 (University of Chicago Press, 2005); War by Other Means: An Insider’s Account of the War on Terror (Grove/Atlantic, 2006); Crisis and Command: The History of Executive Power From George Washington to George W. Bush (Kaplan, 2010); and most recently, Point of Attack: Preventive War, International Law, and Global Welfare (Oxford University Press, 2014)

In his commentary Professor Alberto Coll responds that only the US Congress has the right to initiate major conflicts. He explains that the "power...to declare war" given to the Congress by the Constitution is not simply an announcement to the world. This power was intended to provide an authorization to the President, without which the executive lacked the legal basis for placing the country in any major war.

Professor Coll also refers to Hamilton, who during his "Pacificus-Helvedius" debate with Madison made clear that while the President was commander in chief of the armed forces, only the U.S. Congress had the power to decide if the United States was to enter into a war. The great economic and human costs that a large scale armed conflict etails makes necessary the deliberation and open discussion among the people's representatives. Such a decision should not be made by a single person.

Professor Coll agrees with Professor Yoo that the President has much more flexibility to engage into conflicts requiring smaller uses of force. As part of the Article II powers, the President can use force in support of national security and foreign policy objectives, insofar the use of force in question involves limited costs in lives and economic resources. The current military operations against ISIS are used in his commentary as an example. President Obama would require Congress authorization in case this conflict scales into a larger war. Finally, Professor Coll warns against Congress's lack of courage and its engagement in political games. It would be irresponsible if military involvement in major wars were not to be properly deliberated upon and authorized by the Congress.

Alberto Coll is Professor of Law, Director of European and Latin American Legal studies at DePaul University College of Law. He is a member of the Virginia Bar, the Council on Foreign Relations, and the Instituto de Estudios Juridicos y Politicos at the Universidad Complutense de Madrid. Previously Professor Coll was principal deputy assistant Secretary of Defense, and Dean at the Naval War College. Professor Coll is the author of The Wisdom of Statecraft (Duke University Press, 1985) and editor of several other books on international relations and law, as well as many publications in prestigious journal. He received his B.A. in History from Princeton University and his J.D. and PhD in Government and Foreign Affairs from University of Virginia.

Who has the power to authorize and declare war: President or Congress? Vote in our poll and leave your comments and questions on the discussion forum below.


Who has the power to authorize and declare war: President or Congress?