Does the arms trade do more to harm Human Rights than it does to defend National Security? 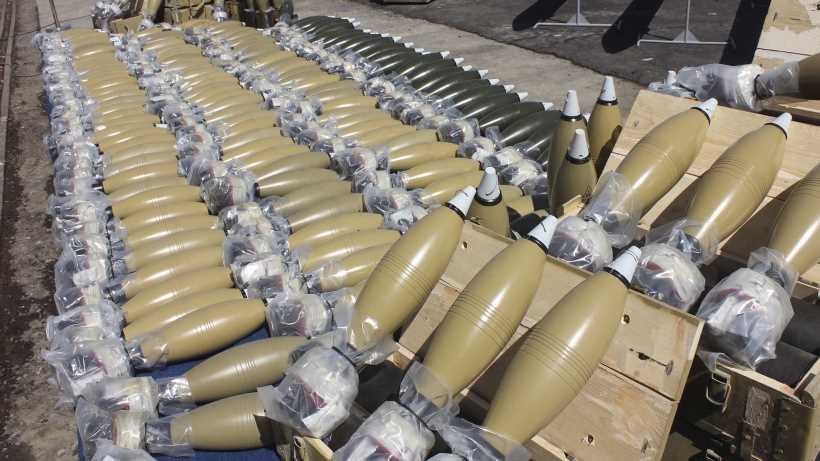 We debate the impact of the arms trade in promoting National Security and harming Human Rights. Join our public discussion in the House of Commons and vote!

The entry into force of the Arms Trade Treaty (ATT), regulating the international trade in conventional arms - from small arms to battle tanks, combat aircraft and warships -  reopened the debate on arms trade and its repercusions. In recent years, global military expenditure has increased again and is now comparable to Cold War levels. Recent data shows global spending at over $1.7 trillion. 2012 saw the first dip in spending — only slightly —since 1998, in an otherwise rising trend.

Although not as prominent as the problems of arms trafficking or arms smuggling, the arms trade is a major source of human rights abuses also raises concern. As the UN recognizes, in all parts of the world the ready availability of weapons and ammunition has led to human suffering, political repression, crime and terror among civilian populations. Some of these arms may have been bought legitimally, but for some reason, through arm traffickers or due to internal conflicts, ended up in the wrong hands. In modern conflicts over 80% of all casualties have been civilian and 90% of these are caused by small arms.Some governments spend more on military expenditure than on social development, communications infrastructure and health combined. Moreover when governments have strong military capabilities they may have the temptation to attack neighboring countries or try to interfere in their internal affairs. Many governments have been providing arms to insurgent groups in other countries. Sometimes this is done secretly, against the agreements signed when the weapons were purchased. In other cases arming rebels groups may be justified on the grounds of protecting national security.

However, governments of countries that do not produce arms still need to buy them for important reasons. As the UN also recognizes, governments remain primarily responsible for providing security. Most poeople argue that armed forces are necessary to protect the people from external and internal threats, as well as keeping peace and the rule of law within the territories. The five permanent members of the UN Security Council (US, Russia, France, United Kingdom and China), together with Germany and Italy account for around 85% of the arms sold between 2004 and 2011. For the countries producing arms, selling them to other countries serves a double purpose: it keeps the industry alive and running, maintaining jobs, while in case of conflict, they have a weapons at their disposal to protect their national security. The maintenance of a defence industry is considered strategic for many countries. Arguably, without the capacity to sell weapons and ammunition to other countries, this industry would struggle to survive.

Do you think that the strategic and economic value of an arms industry justify arms trade? Is there really a way to ensure that arms sold to other governments do not end up in the wrong hands or being used against civilians? Should guns be banned? Leave your comments below

This debate was based on the House of Commons Meeting "Ethics & The Arms Trade – Britain’s Role", on 18 November 2015. The event has been organised by GlobalNet21 and is also supported by The London Debate Network. Speakers include: Norman Lamb MP, Andrew Feinstein, former ANC MP, South Africa, and Ann Feltham, member of the Campaign Against The Arms Trade.
Does the arms trade do more to harm Human Rights than it does to defend National Security? Vote and explain your point of view about this issue.


Does the arms trade do more to harm Human Rights than it does to defend National Security?