Is world peace possible without any armies? 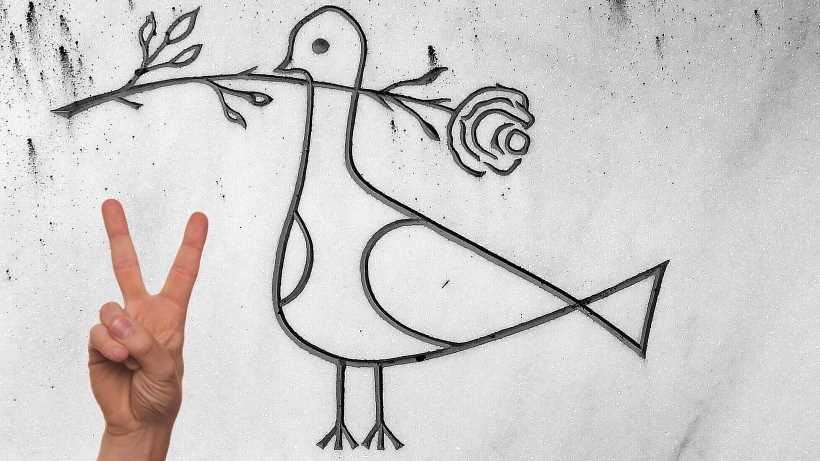 Do we need an army to achieve peace? Is military coercion necessary for world peace or just a way to generate more violence and wars? Vote and discuss!

Why did armies emerge?

Ancient Mesopotamia, Egypt, China and India had some of the earliest armies in the world. Warfare has been a “normal” part of human's life for thousands of years. Armies were created as a means of deterrance to protect from external and internal threats. As Hobbes argued "man is a wolf to his fellow man".  Historically, the army became a "necessary evil" that prevented invasions from other people and contributed to the government of the community by ensuring that its members respected some minimal rules. Armies have been important tools for political and economic power. They have served to the conquest and pacification of other lands and thus to create larger, and arguably, more prosperous communities. Thanks to the military small communities turned into city-states and later into countries and empires. Armies have also served as means as socialization and nation building. Since the times of Napoleon's Grande Armée, by serving in the armed forces, men learnt the language of the state and embraced some of its founding principles. More recently armies have contributed to humanitarian and peacekeeping missions around the world.

Although armies have contributed to the welfare of societies throughout history they have also provoked great violence and suffering. The maintenance of peace has often been bloody. The control over a great army enabled ruthless leaders such as Alexander the Great, Gengis Khan, Napoleon and Hitler, to undertake military campaigns that costed the lives of millions. Moreover neighboring armies have often had long-running conflicts simply to maintain the status quo. With technological progress the destructive capacity of armies grew exponentially. In the twentieth century, the invention of the nuclear bomb made war enter in a totally new dimension, as some armies had the capacity to destroy the whole world. Ever since many started considering that maybe armies where more of a threat than a requisite for security.

Pacifist organizations have fought slow down the arms race and avoid that a conflict between two nations could lead to a total annihilation. The United Nations emerged as an international organization with the purpose of maintaining international peace and security. Althought there are currently some high profile wars in the world, such as those in Afghanistan, Iraq and Syria, the reality is that the number of wars and casualties associated to them have largely decreased since the end of the Cold War. Large scale wars such as the First and Second World Wars seem increasingly unlikely and despite the economic crisis the are fewer civil wars than in previous decades. Globalization has also brought a better understanding and stronger ties among different countries. The new security threats such as terrorism may be better dealt with police forces than with armies. Although world peace still seems a dream, the trend seems to point in the right direction.

Is world peace a possibility in the future? Could this possibility be based on a world community with no armies? Some small countries in the World have no army. Most of them are very small such as Andorra, Vatican, small islands in the Pacific or the Caribbean. The biggest country witout a standing army is Costa Rica.

Do you think that war is inavoidable and intrinsic part of human nature? Alternatively can world peace be only achieved thanks to the deterrance capacity of armies? Or do you think that the elimination of armies would likely produce in the long term peace?

Is World peace possible without any armies? Vote and share your opinions


Is world peace possible without any armies?