War in the Middle East: are climate change and the shortage of resources major causes for this conflict? 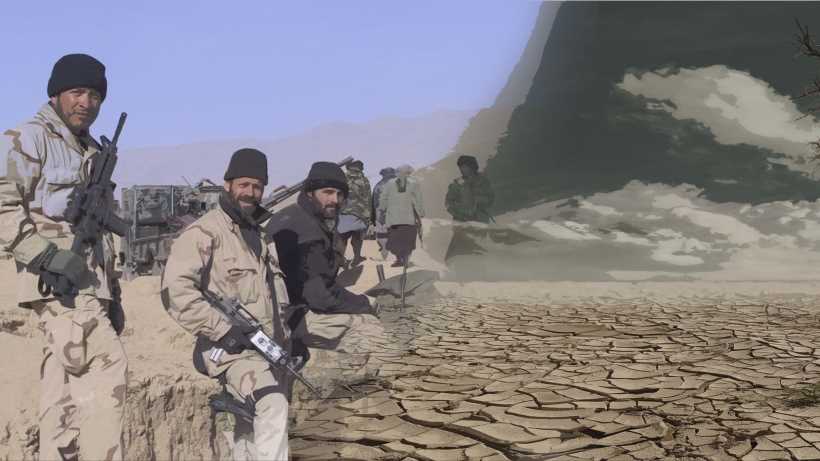 Ideology, religion, or imperialism, are often cited as the causes of the war in the Middle East. But what about the effects of climate change and scarticy of resources? Vote and share your views on the discussion forum below.

This debate is based on "Climate Change, War & Conflict In The Middle East". A Webinar organised by GlobalNET21 in collaboration with the Swedish Institute Alexandria on 22 October 2015 at 7 pm. In this Webinar Waleed Mansour will discuss with Lama El Hatow the role of climate change in the growing conflicts in the Middle East and North Africa and how this will impact on future migration and development.

War in the Middle East and climate change

We often look on major military conflicts in the world as the consequence of religious clashes or because of the imperialist intentions or legacies of Western powers. However, the debate about the causes of war, and in this case about the war in the Middle East, is far from settled. Many believe that the restlessness of the Middle East, the movement of peoples and the violence that have erupted over the last few years have much to do with other factors. Nationalism, religion, ideology or foreign interests may not be the only operating factors. Climate change, and scarcity of resources assotiated with it, is increasingly perceived as plausible cause that may have triggered or aggravated the conflicts in the Middle East and Africa. Some experts even argue that climate change will end up being the foremost cause of conflicts in the world.

We know that political and religous motives are underpinning the wars that have ravaged Syria and Iraq. But some have argued that man-made climate change has also played a significant role. As Brown and Crawford (2009) argued, rising temperature also leads to increase tensions. Historically natural disasters and resource shortages, especially of food and water, have provoked mass migrations and wars. Hsiang and Burke (2014), based on the analysis of 50 qualitative studies, show that there is a correlation between changes in climatological variables, and socio-economic instability and violent conflict.

The war that helped drive the rise of the terrorist Islamic State of Iraq and Greater Syria (ISIS) was itself spawned in large part by what Kelley (2015) calls perhaps “the worst long-term drought and most severe set of crop failures since agricultural civilizations began in the Fertile Crescent,” from 2006 to 2010. That drought destroyed the livelihood of 800,000 people according to the U.N. and sent vastly more into poverty. The poor and displaced fled to cities, “where poverty, government mismanagement and other factors created unrest that exploded in spring 2011.” The study found that global warming made Syria’s drought two to three times more likely to occur.

Climate change is no longer just a subject for coffee table discussion and academic discourse. Most experts agree that it is real and will affect all of our lives. Disagreement emerges nonetheless on the extent of that impact and the capacity of human beings to mitigate global warming and adapt to the negative effects of global warming. Do you think that climate change is already causing socio-economic instability and shortage of resources in some areas of the world? Is anthropogenic climate change already fuelling violent conflicts around the world? Do you think this is a major reason for the wars in the Middle East? Vote and discuss below

GlobalNet21 from October through to January will be running some major events around climate change. Some of these will be done with the Swedish Institute in Alexandria through webinars and open lectures. Other will be a House of Commons Debate on Global Health and Climate Change and in January there will be a debate in the London Ethical Society on Ethics and Climate Change.  Find more about these events here.

War in the Middle East: are climate change and the shortage of resources major causes for this conflict? Vote and join our discussion


War in the Middle East: are climate change and the shortage of resources major causes for this conflict?