What is the best coffee in the world? 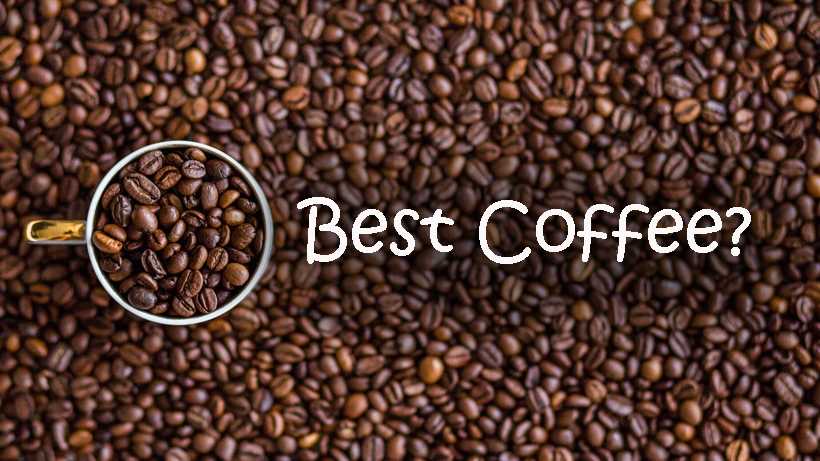 The term coffee derives from the Ottoman Turkish term kahve and the Italian caffè. Coffee is one of the most popular drinks in the world, together with tea, coke, beer and wine. Coffee is brewed from "coffee beans", which are the seeds of the coffee plant. These beans can be found inside the purple or red berries cherries of the coffee tree. This plant originates from tropical Africa. The most commercially cultivated varieties of coffee plant are the Coffea Arabica (75%) native to Ethiopia, Sudan and Kenya, and the Coffea Canephora or “Robusta,” (20%) native from sub-Saharan Africa, from Guinea to Uganda and Sudan.

The history of coffee can be traced back a few centuries, but it is difficult to establish with certainty the exact origin of this  brewed drink. An Ethiopian legend tells the story of a goat herder, from the highlands of the Kaffa region, called Kaldi who was the first to notice the potential of coffee beans. Kaldi observed that his goats, after eating the berries of the coffee trees, didn't want to sleep. Kaldi reported the discovery to a local monastery who started producing an energizing drink with these beans for the long hours of evening prayer.

According to another legend, this popular beverage was discovered by the Sheikh Omar in Yemen. Omar in his exile from Mocha to a desert cave near Ousab, was very hungry. He tried to chew the berries of the coffee plat but found them too bitter. Then he roasted the beans, but found them to hard. Finally he decided to boil them and drink the liquid. He was revitalized and manage to survive for days. He was later asked to return from his exile and made a saint.

Omar's story may just be a legend, but the earliest historical evidence of coffee drinking has also been found in Yemen, in the 15th century accounts of Ahmed al-Ghaffar. Coffee may have been introduced in the Arabian Peninsula by Ali Ben Omar. Some manuscripts from the 16th century refer to a beverage called qahwa brewed from a tree in the Zelia region (today Somalia). Coffee plants were later exported from Yemen to the rest of the world from the port of Mocha. Coffee has been cultivated in India, Europe and Java, since the 17th century. Coffee came to Italy from the Middle East and from Venice it expanded to the rest of Europe. The first coffee house in Europe was opened in Rome in 1645.

The Dutch East India Company was the first to trade it at large scale and which brought it to Java. Coffee was in Austria and Poland in 1683, after a supply of coffee was captured following the defeat of the Turks in the Battle of Viena. The Spanish and Portuguese merchants brought brought it to the Caribbean an South America in the 18th century. The consumption in United States and Europe as well as the production of coffee in Brazil, Colombia, Guatemala and Venezuela grew very rapidly during the 19th century. At the 20th century South America exported 95% of the world's coffee. Today coffee is a primary source of income for many developing countries such as Ethiopia, Burundi, Uganda and Rwanda.

But in your experience, which country produces the best coffee today? Which is the best tasting and smelling coffee?

Watch this documentary on the history of coffee

Best coffee in the world

We have listed in alphabetical order some of the most famous coffee producers, from America, Africa and Asia. Have you tried coffees from all these places?

If you are a coffee connoisseur or simply you love coffee, help us decide which country produces the best coffee in the world. Tell us more about the type of bean, roasting and way you prefer your coffee.

Watch this video on ten different ways of drinking coffee


What is the best coffee in the world?