Should Turkey join the European Union? 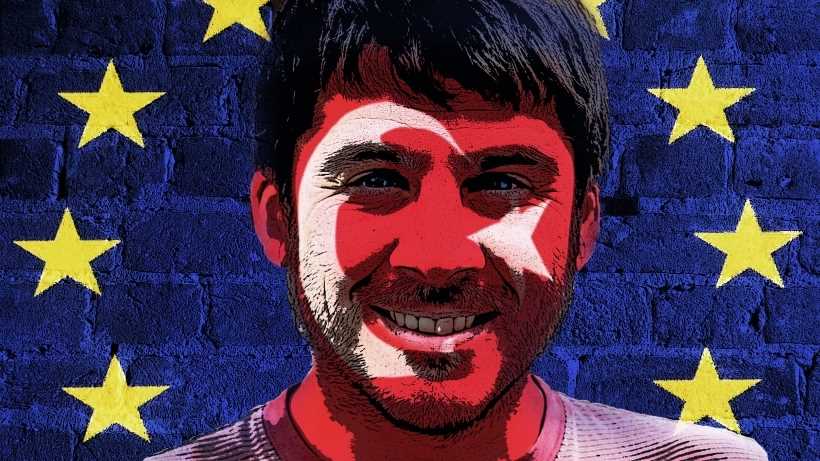 Joining the European Union has been an ambition for Turkey for many years. Do you think the country should be granted full EU membership?  Learn about their long historical relationship and find out what the majority thinks of Turkey EU membership.

Should Turkey join the EU?

After the failed military coup in July 2016 and the Brexit referendum campaign, the discussion about Turkey EU membership has become salient again. On the one hand many Europeans and those campaigning for the Leave camp in the Brexit referendum fear mass migration coming to European countries if Turkey joins. They also argue that the military coup demonstrates that this country is still far from ready to be part of the Union. Many democratic reforms are required. On the other hand, Turkey EU membership could bring stability to the country and push the necessary reforms to make Turkey much more democratic. Turkey would also become a closest ally in matters related to the stability of the middle-east and migration.

Is Turkey in Europe? A long history together

If you wonder if Turkey is in Europe you need to ask yourself what you consider to be Europe. From a purely geographical point of view, the answer is yes. Part of  the territory of modern Turkey is in Europe. The Bosphorus strait has long been considered the border between Europe and Asia; Turkey controls both sides. In fact the best known and beautiful parts of its capital, Istanbul, are on the European side of the Bosphorus. Moreover the history and culture of Turkey is closely linked to the history of Europe. Since approximately 1,200 BC the coast of Anatolia was colonised by Ionian and Aeolian Greeks. Some of these settlements such as Miletus, Smyrna and Ephesus became very important in the Hellenic world. Omeric Troy was supposed to be located in the terriory of modern Turkey. Alexander the Great conquered most of the territory of modern Turkey, which was later divided in several Hellenistic kingdoms.

Anatolia was later incorporated into the Roman Republc. For more than three centuries Romans defended these territories from the Parthians. In 324 AD, Emperor Constantine chose Byzantium as the new capital of the Roman Empire. This city became known as Constantinople. After the division of the Empire between the East and West by Theodosius, Constantinople remained the capital of the Eastern Roman Empire and one of the biggest and most influential cities in the world.

Rus Vikings attacked Constantinopole in 860 and several other times in the following two centuries. The House of Seljuk led the turkic migrations during the middle ages, defeated the Byzantines in the Battle of Manzikert in 1071 and gradually started the "turkification" of many parts of the former territories of the Eastern Roman Empire. During the middle ages the Byzantine Empire was still allied with western powers but the tension with the crusaders ended up in the siege and sack of Costantinople in 1204. The Turkish principalities were united under the Ottoman Empire. In 1453 the Ottomans conquered Constantinople.

The Ottoman Empire became a great threat to the European powers ever since. It expanded through the Balkans until central Europe. The siege of Vienna in 1529, the Battle of Lepanto in 1571, and the Battle of Vienna in 1683 are landmarks of the long conflict between the Mulsim Ottomans and Christian European powers. From the sixteenth century until the twentieth century the Russian and Ottoman Empires also fought several wars. In the nineteenth century the decline of the Ottoman empire together with the emergence of nationalism in Europe make the former gradually lose its possessions in Europe. During the First World War the Ottomans sided with the Central Powers and were defeated. Mustafa Kemal Atatürk founded the Republic of Turkey, modernizing the country following the templates of successful European countries.

In sum, the long historical and cultural relations between Turkey and Europe are evident. But do they justify or legitimize Turkey EU membership claim?

Historically Turkey has long requested European Union membership. However, the idea of Turkey EU membership has encountered opponents for various economic, religious and political reasons, not only in EU member states but also in Turkey.

The close political, economic and demographic ties between Turkey and Europe could be a pro for Turkish membership. The Republic of Turkey as one of the first countries to join the Council of Europe in 1949. In 1961, it was one of the founders of the OECD (Organisation for Economic Co-operation and Development). Turkey is also a strategic ally of many European countries and member of NATO since 1952.

From a demographic point of Turkey and Europe are also very closely linked. According to the Turkish Ministry of Foreign Affairs, there are about 4 million Turks living in Western Europe. These are the European countries with a larger number of Turkish citizens:

In addition more people of Turkish descent live in Europe. Just in Germany it is estimated that there are about 3 million people born to Turkish parents or grandparents. The cultural ties between Turkey and Europe continue to be very strong. Millions of European citizens visit Turkey for holidays or work every year. Turkish sports teams play European competitions. For instance the Turkish Basketball and Football leagues are very competitive and some of their teams, such as Galatasaray, Fenerbahçe, Beşiktaş, and Efes Pilsen, are very well known among European sports fans.

The country made its application to EEC membership (the predecessor of the European Union) in 1987. The application of Turkey for full membership of the EU was officially recognised in 1999 and the negotiations started in 2005. This is still an ongoing process, and the enlargement is a controversial debate inside the European Union (other possible membership such as Ukraine's are currently discussed), while some members, such as the United Kingdom, are thinking about leaving.

However, there seems to be also many barriers for Turkey's EU membership. The foiled military coup in July 2016 seems to confirm that civilian control on the military is not as strong as it should in a Western style democracy. Many analysts also think that the quality of democracy in Turkey is very low. Government control of the media and the prosecution of many journalists and academics make very difficult for the political opposition to compete against Erdogan's party. Moreover, support for EU membership is not so in Turkey anymore. Within Erdogan's current moderate islamist government it seems that EU membership has been relegated in the list of priorities of Turkey. Probably the European institutional and economic crisis has reduced the appeal of joining the Union.  However, many argue that in the long run it would be better for both Europe and Turkey if the latter becomes a new member state of the EU.

During the Syrian refugee crisis Europe has requested help from Turkey to help reduce the flux of refugees and migrant. The controversial agreement reached between the EU and Turkey to return refugees from Europe to Turkey has already been interpreted as a sign that the relations between Ankara and Brussels may be strengthening  again. Could this indicate that Europe has finally accept that Turkey is a strategic ally? Will the Turkish government use it capacity to mitigate the migrations towards Europe as a tool in future negociations for EU membership?

What do you think? Would EU membership be good for Turkey? And for Europe? Is the failed military coup a sign that Turkey is not ready to join the Union or, conversely, that its membership should be accelerated to prevent further instability?

Do you think that Turkey should join the EU? Why? Vote in our poll and explain your views in the comment section below


Should Turkey join the European Union?