Elgin marbles debate: Should the British Museum Parthenon sculptures and marbles be brought back to Greece? 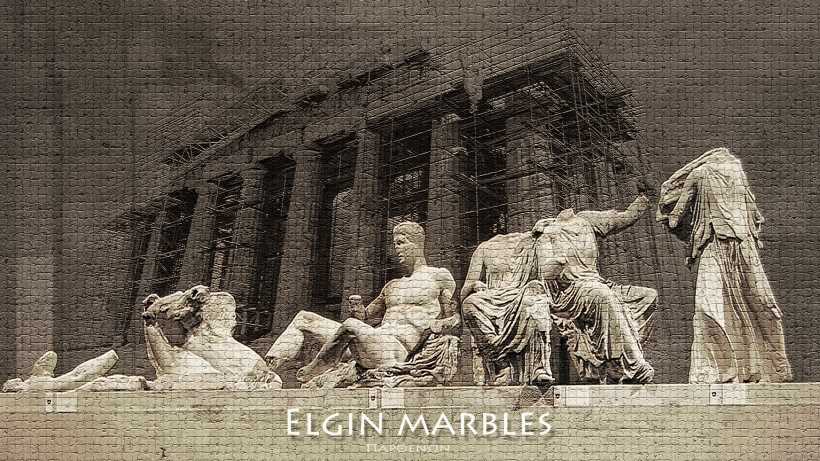 Greece has repeatedly requested the return of the Parthenon sculptures and marbles to Greece. Should the "Elgin marbles" be brought back to the Athens and be displayed in the Acropolis Museum or remain at the British Museum? Join our debate

The so called Elgin marbles, were part of the Parthenon, the most iconic building of Classical Greece and one of the most important buildings in ancient history. This massive temple on the Acropolis of Athens was built between 447 and 432 BC during the time of the famous Athenian leader Pericles by the architects Iktinos, Kallikrates and Karpion. The temple was erected at the approximate position of a previous temple which was burnt down by the Persians during its contruction. The Parthenon was the most prominent part of the Acropolis building complex and was dedicated to the cult of the city's patron Athena, the goddess of wisdom, courage, law and justice among other virtues. This magnificent temple also celebrated the defeat of the Darius and Xerxes's invading armies.

The Parthenon was an exceptional art masterpiece. It facade had eight enormous Doric columns and its flanks seventeen each. The vertical and horizontal dimensions of the temple matched the established ratio of 9:4 considered by classical Greek an aesthetic ideal. The Parthenon hosted the monumental statue of Athena (over 12 m high) by the famous sculptor Phidias. The same artist supervised the creation of the extremely beautiful marble sculptures that decorated the Parthenon, some of which were many centuries later removed and sold to the British Museum. The Parthenon had 92 metopes carved and a frieze running around the building. These marble sculptures narrated events from Greek history and mythology and have been considered pinacles of classical Greek art.

The Parthenon remained in use for more than a thousand years. In addition to its function as temple of Athena, for a time it was used as the treasury of the Delian League. In the 6th century AD it was converted into a Christian Church and in the 15th was turned into a mosque. Throughout history the Parthenon has suffered from natural erosion, pollution, looting and even explosions. On 26 September 1687, during the war between the Ottoman Empire and the Republic of Venice, a Venetian bombardment provoked the ignition of the ammunition that the Ottomas kept inside the temple. The explosion severley damaged the Parthenon and its famous marbles.

The Parthenon Marbles were aquired and removed by Thomas Bruce, 7th Earl of Elgin from their original location, at the beginning of the 19th century. Bruce had been appointed as British Ambassador to the court of the Sultan of Turkey, Selim III. The removal of the sculptures was accomplished in 1812. These were afterwards sent to the British Museum in London, where they have been on display for more than two centuries now.

Curently, the Elgin marbles constitute one of the most important collections of the British Museum. This collection includes:

The Elgin marbles have been surrounded by controversy for decades. Apparently Elgin obtained written permission to excavate and remove the sculptures from the Sultan, however the original document was lost. Some doubt the legality of the aquisition. Moreover, Greeks complaint that at the time the Elgin marbles were removed, Greece was under Ottoman occupation. So they had no say in the transfer of ownership. The Parthenon and its sculptures are part of the cultural and historical legacy of the Greek nation and they would like to see them returned to Greece.

Since 1983, the Greek goverment has requested serveral times the return of the Parthenon marbles to the Athenian Acropolis; all of them unsuccessful to date. Even celebrities have been involved in the elgin marbles debate. Amal Clooney, wife of hollywood actor George Clooney and human rights lawyer, has recommended the Greek government to sue the UK for the controversial appropriation of the Elgin Marbles. Similarly Liam Neeson also accused the British government of stealing valuable artefact and taking advantage of its power during the times of its colonial empire.

On the other hand, UK authorities argue that thanks to the British Museum millions of people from around the world have had the chance to contemplate such important parts of the history of art. The British museum has always ensured the preservation of the Parthenon marbles and give them a privileged position in their collection. When these pieces where acquired by the Earl of Elgin there was no archaeological museum in Athens. Had they remained in Greece, maybe their state of conservation would not be as good as it is now or they could have even been looted or destroyed.

What is the ideal solution? Should they remain in the British Museum? Should they be sent back to Greece and keep in display some replicas? What about shared ownership or rotate between the Acropolis Museum and the British Museum? Did the UK act in bad faith or did Greece neglect for centuries its artistic heritage? Join our discussion below and vote in our poll.

Watch these videos about the wonders displayed at the British Museum and the Elgin marbles:

Elgin marbles debate: Should the British Museum Parthenon sculptures and marbles be brought back to Greece?  Vote and share your views on the issue


Elgin marbles debate: Should the British Museum Parthenon sculptures and marbles be brought back to Greece?