Should transactions with tax haven countries and offshore centers be restricted? 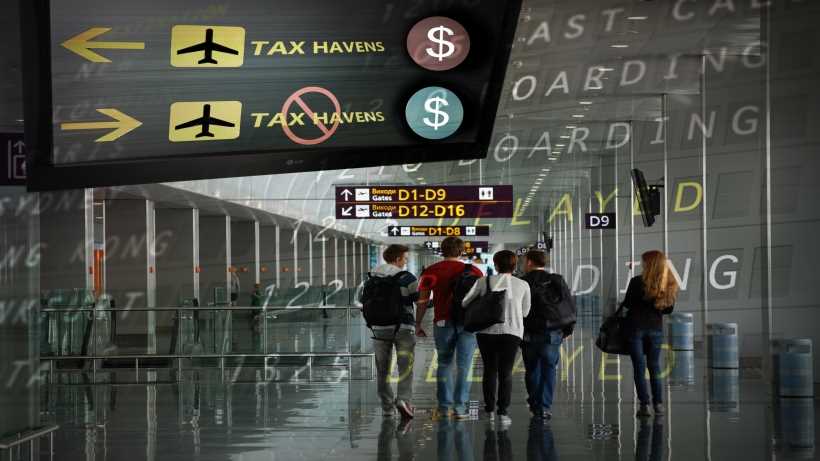 Source: Composite by G_marius based on a Vladimir Yaitskiy's image

Tax avoidance and tax evasion are big problems and are blamed for aggravating the financial crisis. Should there be more restrictions with offshore centers and tax haven countries? Vote and tell us why (below)

The Panama Leak scandal has brought back to the center of the public debate the problem of tax havens and offshore centers. Tax havens are used by multinational companies, powerful financial institutions, very wealthy individuals and transnational criminal organizations to avoid regulation, evade taxes, and reduce tax liabilities through transfer pricing, and to launder money.

According to the OECD, three key factors or criteria must be investigated in order to consider a jurisdiction as a tax haven:

According to Tax Justice Network, a Financial Secrecy Index (FSI) can be calculated for each country. The higher the value in the index, the larger influence on world economy in terms of economical secrecy or tax avoidance. The top 10 tax havens ranked by FSI (data 2015):

It may be a surprise to find big economies such as the USA in the top 10, but some areas of these countries can be considered as tax havens (for example Delaware).

What is an offshore center?

An offshore center, or offshore financial center (OFC) is a low tax jurisdiction which is usually specialized in providing commercial and corporate services to non-resident individuals or offshore companies. Usually the scale of these services provided is incommensurate with the size the OFC's domestic economy.

Difference between a tax haven and an OFC

Some experts equate offshore centers and tax havens and claim that OFC is the politically correct way of referring to tax havens. However, historically the two concepts were different. There are tax havens since the beginning of the twentieth century, while offshore financial centers have existed for only about four decades. The latter were basically used as financial markets were non-residents could lend money to other non-residents free from taxes and regulatory restrictions. The designation of OFCs is commonly used when one is referring to the Eurodollar market or the wholesale international financial market.

Some offshore financial centers may not have statutory banking secrecy and have often adopted tax exchange standards and protocols to allow other countries to investigate and fight tax evasion.

According to the International Monetary Fund this is th list of OFCs:

Should transactions with tax havens and offshore centers be restricted?

In a global economy, some countries use very low tax rates and the secrecy of the banking sector to attract economic activity, an option for local economic development among others like tourism or industry. They expect that some companies and individuals will invest their money in local banks and services to avoid tax in their country of origin. They offer very important tax exemptions.

Governments of these tax havens and offshore centers argue that tax regulation and bank secrecy are expressions of freedom and are coherent with the logic of capitalism. Those often small countries use this tax difference as a comparative advantage to compete with big economies.

On the other hand, these practices facilitate tax evasion and money laundering. In addition, many observers criticize that using an offshore centre is only possible for big companies and wealthy individuals, because of the legal costs, and therefore small companies and middle class citizens are the only one to pay full taxes in their country of origin. If more and more big companies avoid tax, there is less budget for public services, especially in times of economic crisis. Tax avoidance has become an important problems of our capitalist societies.

What do you think? Are tax havens economic dynamizers for the global economy or pernicious for other countries?

Should transactions with tax haven countries and offshore centers be restricted?​  Vote in our poll and tell us why!


Should transactions with tax haven countries and offshore centers be restricted?