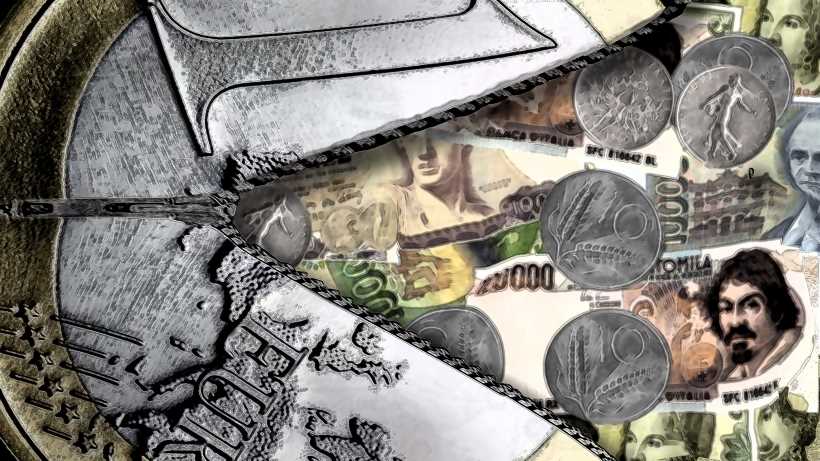 The Euro Crisis is not completely over yet. The European debt crisis has endangered the future of the Euro currency countries.Some predict that the Euro will face great challenges in the upcoming years and will collapse in the end. Find out more and share your views on the issue.

Brief history of the Euro

The idea of having a single currency in Europe can be traced back to 1929. A  number of new nation states emerged in Europe after the First World War. Concerned about the impact on trade and economic growth that this process could have, Gustav Stresemann suggested in the League of Nations that a common European currency should be introduced. However, the idea did not prosper.

In 1969, the European Commission, asked for "greater co-ordination of economic policies and monetary cooperation”.  Pierre Werner (Luxemburg Prime Minister) led a high level group which wrote a report with some recommendations. Following that report, the “snake in the tunnel” attempt to limit fluctuation between different currencies was implemented, but it collapsed in 1973.

In 1979, the European Monetary System was created. Exchange rates were fixed into the European Currency Unit, in order to stabilize fluctuations between currencies and fight against inflation.

In 1992, the Maastricht Treaty was signed, that aimed at the creation of a single currency. However, the United Kingdom did not wish to enter the European currency, nor Denmark.

The Euro was officially launched in 1999, although the first notes and coins began to circulate in 2002. These are the Euro currency countries:

Will the Euro collapse? The uncertain future of the Euro

The Euro was conceived as an alternative currency to the Dollar. But the recent economic crisis, which most economists failed to predict, has exposed serious flaws in its design. A collapse of the Euro would mean the greatest EU government failure in the history of the Union. Institutional dynamics within the European Union and the heterogeneity among its member states seem to have hindered monetary policy and the action of the European Central Bank. France, Italy and Greece are among the Eurozone countries that keep on showing some worrying signs during the recent European financial crisis. The growing tensions between Greece and Germany have made more difficult to find a negotiated solution. Moreover, the Euro crisis is not completely over yet, growth seems sluggish and new challenges may emerge in the future. The debt crisis is not over in Greece and  the impact of Brexit vote in European markets was brutal. Investors trust on the European project could hit new low levels in case the political crises aggravate.

Some observers believe that a Grexit or a Brexit scenario could trigger a domino effect and make the common currency collapse. Other analysts are warning about the emergence of far-right (e.g. Front National, UKIP, Jobbik,  Dansk Folkeparti) and left populist parties (e.g. Syriza and Podemos). The nationalist discourses many of their leaders promote and their claims to state sovereignty could make the future of the Euro more uncertain. On the other hand, the fact that new countries are still entering the Eurozone and some states, such as Ukraine and Turkey have shown interest in joining the European Union, means that the Euro may be in a good shape to face the challenges ahead. Moreover, effect of one country quitting the Euro, especially if it is a small country like Greece, would not be as perverse as it has been claimed. Some anti-contagion mechanisms have already been implemented.

These are some interesting questions we would like you to discuss with us (see comment section below): Can the European debt crisis be solved once and for all? What is the impact of globalization on the Euro? Can the internal imbalances of the Eurozone be mitigated? Will European politicians agree on a common strategy for the Euro? What are the main pros and cons of the Euro?

European financial crisis: Will the Euro collapse?​ Vote and and tell us why?