Should Britain leave the EU? Should there be a second Brexit referendum? 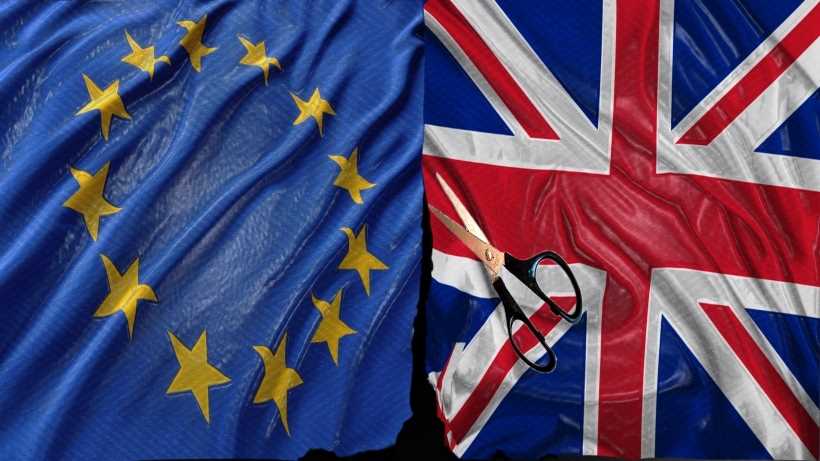 Find out the pros and cons of being in the EU and the impact of the Brexit referendum. Should Britain finally leave the UK?  Is a second Brexit referendum needed to approve the conditions of UK departure? Here you have the chance to vote and debate it.

Should Britain leave the EU?

A second referendum seemed initially very remote option. However, disagreements with the deal that PM Theresa May reached with the EU within its own party, as well as the prospect of a No Deal in case this deal ends up being rejected in the Parliament, have made the likelyhood of a second referendum on Brexit grow dramatically.

First, the resignation of some high profile members of the government, including Boris Johnson and David Davies over the Chequers agreement, and then the vote of no confidence within her party, have put Theresa May in a very difficult situation. She is navigating between those who desire a hard Brexit and those who want a second Brexit referendum and remain in the EU. The negotiations to break up from the EU seem also to have stagnated, as the "cherry picking" approach that Theresa May and some members of the cabinet defend may not be acceptable for the EU negotiating team. Despite having triggered article 50 and pledged that the UK will abandon the EU, the future scenario after the divorce seems more uncertain than ever. Was it really the right decision?

A recent petition to revoke Article 50 and the possibility of a long delay in the deadline in case Theresa May fails to get support on her deal for a third time in the House of Commons are giving hopes to remainers.

The exit of the EU was supposed to be triggered by the end of March 2019, however the EU, upon request of PM May agreed to grant some extra time. What do you think will happen or should happen?

"Brexit" is an abbreviation for British exit from the EU. David Cameron's Conservative government announced that a Brexit referendum would take place before the end of 2017. After the 2015 General elections he certified his intention of holding this public consultation which will be held on Thursday 23 June 2016. The referendum was won by the "Leave" camp by a close margin (51.9% vs 48.1% Remain). The UK has then initiated the negotiations for the formal exit of the European Union. However, millions of British and European citizens are afraid of the negative consequences that this could have for their personal interest and the global economy.

The wording for this public consultation proposed by the Electoral Commission and accepted by the Parliament was:

Before the referendum David Cameron negotiated a new EU deal for the UK and then used this new deal to campaign in favor of staying in the EU, without much success. Many political figures, even within its cabinet, supported "leave" camp.

The formal group campaigning for the UK to remain in the EU was called "Britain Stronger in Europe", and there were three groups campaigning to leave: "Grassroots Out", "Leave.EU" and "Vote Leave". Some ot the most prominent political figures in the UK campaigned for and against EU membership.

Supporters of pro-EU campaign (remain in the EU)

Here is a list of the main arguments wielded by the political leaders campaigning in favor of and against EU membership.

Negative consequences of a Brexit scenario:

Which of the pros and cons of being in the EU you find more compelling?

As the Economist claims "a second referendum is back in play." The irregularities over found in the Vote Leave campaign as well as the uncertainty and disagreements in the type of Brexit, makes this scenario increasingly possible. Many claim that a second referendum is needed to validate the conditions for EU exit. There is much at stake and the narrow margin of victory shows that almost half of the Brits (including the majority of Londoneers, Scottish and Northern Irish) oppose to this drastic political change. The online petition for the second EU referendum gathered  more than one million signatures in less than 24 hours. On 22 of June 2018, two years after the referendum, thousands of people marched in the streets of London to request British permanence in the EU,

This issue of Brexit is of vital for several reasons such as:

On an international level, even if the United Kingdom does not participate in the Euro or the Shengen agreement, leaving the European Union could have great consequences for the country, and may isolate it.

Many argue that one of the negative consequences of Brexit would be the break up of the Union. This is due to the strong pro-european stance of the SNP and the majority of the population in Scotland (62% voted to remain in the EU). Nicola Sturgeon, the Prime Minister of Scotland has already anounced that the celebration of a new Scotish independence is "highly likely" given the results of the Brexit vote. Republican leaders in Northern Ireland are requesting similar referendums. .

And you, would you vote for the UK to leave or remain in the EU in case there is a second referendum? Was the campaign for the first referendum fair? Was the referendum a good expression of direct democracy or more of an example of how populism and polarization harm democracy? Will Cameron be considered the worst prime minister in British history?

The withdrawal from the EU would have significant consequences for the future of the UK and EU member states. What do you think?

Brexit referendum: Should Britain leave the EU? Vote in our poll and share your arguements for supporting or rejecting a Brexit scenario on the comments section below.


Should Britain leave the EU? Should there be a second Brexit referendum?