London votes: independence from the UK and EU membership? 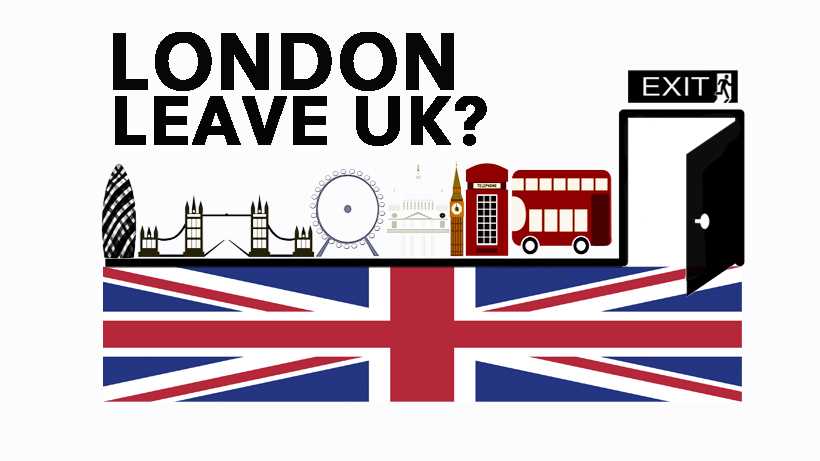 Should London gain independence from the UK and apply to join the EU? If London votes differently from the rest of England and has different economic interests and social concerns, why should it continue to be united to the rest of the country? Join our poll and debate!

Direct democracy entails risks. The results of EU Brexit referendum on 23 June 2016 have shaken the entire world. Financial markets reacted very negatively to the victory of the Leave vote in the referendum. Pound sterling plunged to the levels not seen since 1985, hitting $1.3236, a fall of more than 10%. £40bn were wiped off British banks due to this drop. The stock markets of other countries have also suffered historical losses today: Spanish Ibex -12.35%, French CAC -8%, Japanese Nikkei -7.92% and American Nasdaq -3.46%. The FTSE100 suffered the worst fall (-8.9%) since Black Monday in 1987. Analysts are afraid of a contagion effect and than this could trigger the possibility of a new global financial crisis.and a collapse of the euro.

The consequenes of Brexit go beyond the domain of economics and business. The EU referendum is likely going to have a serious political and social impact. Prime Minister David Cameron announced his resignation effective from October 2016. Several European leaders have pointed at the need to reform the EU, others such as the far-right leaders Marine Le Pen and Geert Wilders have requested similar referendums for France and the Netherlands. Top civil servants in the European Union have reacted requesting a swift British exit.This is not going to be easy for the UK which has to renegotiate hundreds of international treaties and and agreements with the EU and third countries. Many companies may decide to move from the UK to other countries and many jobs may be lost. Will David Cameron will be remember as the worst Prime Minister ever in Britain?

London is the capital of the United Kingdom and one of the most vibrant cities in the world. Thanks to globalization and EU membership, London is one of the best connected economic hubs in the world. According to different reports, the decision to leave the EU will bring very damaging consequences to the City of London. Its financial sector may be downgraded and many companies would transfer their operations to other European countries. The London property bubble may burst and its fast growing start-up industry will likely see a shortage in talent and capital. Moreover, London has the largest concentration of leading universities in the world. A large percentage of their students and faculty members, as well as many of the research funds they require, come from European Union.

The leader of the Scottish Nationalist Party (SNP) complained that England is forcing Scotland out of the European Union. The large majority of Scots have voted Remain (62%) and a Brexit scenario legitimizes the call for a new independence referendum, which will take place in the next few years. Scotland plans to try to remain in the EU or at least return to the Union as soon as possible. Similarly, the leader of Sinn Fein has requested a referendum to unite the Republic of Ireland and Northern Ireland, which has also voted Remain (52%). Couldn't London claim a similar independence referendum?

Traditionally London votes differently than the rest of England. This time was not an excemption. London is multicultural and cosmopolitan. Almost 37% of London population is foreign. Accross the 33 boroughs of London, 2,26 million people voted Remain (59.9%). A large proportion of Londoners are very angry at the results of the Brexit referendum which is very likely going to damage the capital. Why should they be dragged out of the EU by the people of the rest of England. An online petition "Declare London independent from the UK and apply to join the EU" address to the new Mayor of London Sadiq Khan, has received in hours almost 100,000 signatures. Some even question whether cosmopolitan London should be part of England or a very different political entity. Why should London suffer by this decision which is clearly at odds with its interests?

Shouldn't Londoners request independence from the UK or a particular status which would allow them to be part of the EU? Is London self-determination and sovereignty an option if the rest of England continues drifting apart from London, Scotland, Wales and Northern Ireland? The future of the UK is uncertain, what should London do?

London votes: independence from the UK and EU membership? Vote and explain why.


London votes: independence from the UK and EU membership?