Should Hong Kong be independent from China? 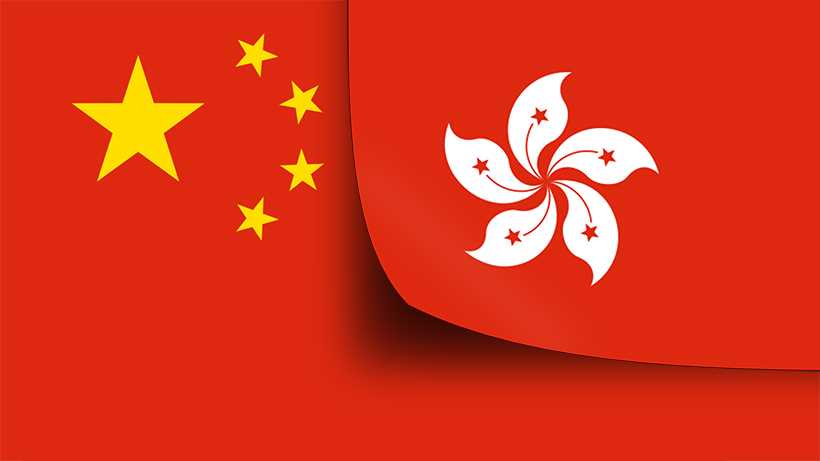 We discuss Hong Kong's status within China and the policy of "one country, two systems". Find out more about the history of Hong Kong and whether this Special Administrative Region should be further integrated in China or conversely get more autonomy, or even independence. Vote in our poll and invite others to join.

Hong Kong is currently a Special Administrative Region of the People's Republic of China on the Pearl River Delta. The Chinese Emperor Qin Shi Huang conquered the area of Hong Kong in 214 BC. After the collapse of the Qin Dynasty, it became part of the Kingdom of Nanyue in 204 BC. Later Hong Kong became a possession of the Han dynasty and an international trading center, part of the Bao'an County. In the eighth century Hong Kong became a military stronghold and in the 13th century it was ruled by the Mongols.

In the fourteenth century the Ming dynasty established a maritime prohibition to prevent contact with foreigners. In 1513, the Portuguese explorer Jorge Alvares, arrived in Hong Kong and established a trading post. This was the first, and short, relationship with the West, as the Portuguese merchants were soon expelled by the Chinese government. In the eighteenth century many Hong Kongese were forced to migrate inland by the Manchu Qing dynasty. In 1841 after the First Opium War, the British captured Hong Kong Island. Hong Kong was ceded in perpetuity to the United Kingdome in 1842 under the Treaty of Nanking. British rule was only interrupted by Japanese occupation from 1941 to 1945. In 1997 Britain transferred sovereignty over Hong Kong to the People's Republic of China, marking the end of 156 years of colonial rule.

Ever since, the relationship between Hong Kong and China has always been fraught with tension. When the British handed Hong Kong back to China in 1997 under the aegis of a “One Country, Two Systems” method of governance, it was hoped that the agreement could be preserved to maintain the autonomy of Hong Kong, at least until the 2047 expiry date of the agreement. As such, Hong Kong is formally designated as a Special Administrative Region, with significant political autonomy, and is not wholly integrated with China. Yet in recent years the high-handedness with which the Chinese central government has handled political affairs in Hong Kong increasingly has been seen to betray the fundamental tenets of autonomy enshrined in the original agreement.

The issue of independence did not enter the mainstream psyche of the local population until a hugely successful mass demonstrations was staged in Hong Kong’s CBD area late 2014. The Umbrella Revolution—as it was dubbed—was triggered as a result of new legislative proposals to amend electoral laws to the detriment of democratic procedures. At its peak, participants numbered 100,000 and brought business to a complete standstill in occupied areas. Although no formal political concessions were made at the end of the mass unrest, there is a palpable sense—especially amongst once political apathetic youths—that the status quo of “One Country, Two Systems” is really a disguise for increasing restrictions of civil autonomy in Hong Kong. The oppositional movements were galvanized, and confidence in public authority plummeted in the aftermath.

Despite the de jure independence of Hong Kong’s judicial system, the constriction of civic space in Hong Kong is obvious. The most bizarre case was the abduction of several independent book publishers by Beijing officials. A few were lured across the borders to Hong Kong’s neighbouring city—ShenZhen—before being arrested while another was taken away while in Thailand, in disregard of formal extradiction processes. These independent publishers have frequently sold books banned in China, to the ire of Beijing authorities. Unsurprisingly, several politically sensitive books were pulled off the shelves across independent book stores in the city-state.

Disbarment of the Radical Democratic Legislators

After the 2016 LegCo (Legislative Council) elections, two separatists young legislators were sworn in. During an investiture ceremony, they uttered obscenities that were deemed offensive to China. In intervening against these young radical democrats and expelling them from the legislature, Beijing set a precedent in which future legislators have to swear their loyalty to China.

Should Hong Kong be independent from China?

These are some of the most commonly used reasons for and against Hong Kong independence.

In favor of Hong Kong reaching further autonomy or independence:

Watch this video on the differences between Hong Kong and Mainland China:

Should Hong Kong be independent from China? Vote and tell us why. Plase share this debate and invite to join anyone interested in foreign affairs and the politics of China


Should Hong Kong be independent from China?