State vs nation: Should the international relations system be organized around states or nations? 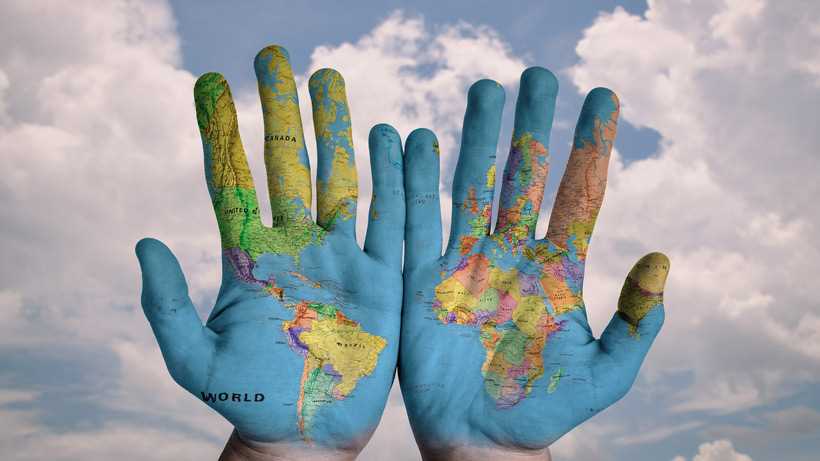 State and nation are different concepts. We compare them and discuss which is more helpful in organizing political systems and international relations.

This debate is based on the LSE100 lecture “Nations and States: Through the Looking Glass” on 22 February 2016 by Dr Jennifer Jackson-Preece, Associate Professor in Nationalism in Europe at The London School of Economics and Political Science. This is part of the Module: "Is nationalism a source of conflict or cohesion?"

States provide structure, stability, and legitimacy in an otherwise anarchic system of competing groups, yet they have also proved astonishingly weak in the face of invasion, annexation, or internal upheavals. Nationality is typically the most central identifying characteristic for most people (think for a moment what would be your first answer to the question "what are you?"), yet nations are, in the words of Benedict Anderson, only "imagined communities."

What is a state, a nation and a nation-state?

The organization of the international relations system is a central concern in democratic theory. The rights and obligations of the people are defined by the type of political system that governs them. Politicians and the media use usually the terms "state", "nation" and "nation-state" as synonyms. However, in theoretical terms these concepts are not equivalent. These are some usuful definitions to set up the debate:

Nation vs state: a historical perspective

From an International Relations perspective, a state has four fundamental conditions: a territorial base; a population that resides within its borders; a government to which this populations shows allegiance; and recognition by other states. Since the the signature of the Treaty of Westphalia in 1648, by all the European great powers, it has been an accepted fact that the territorial integrity of a state and the authority of its rulers are inviolable. This principle has been the bedrock of an understanding about how societies are organized, and how different societies ought to treat one another, ever since. The nation as a cultural community traces its roots to the 18th century and the romanticism of writers such as Johann Gottfried Herder who thought of national groups as having an "innate character" expressed through distinctive traditions and memories, which are captured by myths, legends and songs, and which give language a place of great significance in the notion of the nation as a cultural entity. This notion is captured in the Germanic term volksgeist, which means "spirit of the people." This view is further reiterated by scholars such as Anthony Smith, who extended the idea of organic continuity within communities across time. The primordial or organic view of national identity is a challenge to the idea and institution of statehood because it asserts that premodern ethnic communities seek the achievement of statehood and the quest for national political independence.

After the end of the Second World War, the concept of "nation-state" was increasingly used when referring to the basic units of organisation of the the international political system. But in reality, due to the growing cultural, ethnic, religious, and linguistic heterogeneity in modern societies, it is more accurate to describe the international relations system as a system of states, with fixed legal and territorial boundaries. However, since the end of the cold war, the "dark goods of nationalism" as Ernst Gellner described them, have been a disruptive force to this established order. Nationalism and nationalists would seek the self-determinination of nations and the achievement of a state which boundaries would coincide with those of the cultural, religious, ethnic or linguistic nation. As such, not every "nation" has it’s own state and the battle for statehood, political representation, cultural rights and religious freedoms has been the cornerstone of some of the most significant conflicts in the post bi-polar world. From the Israel Palestine conflict, to Scottish and Catalan calls for independence to the break of state boundaries in the contemporary Middle-East, the question of how to reconcile the mismatch between nations and states has never been a more important question for social scientists, policy makers and politicians alike. However, the chaotic results of the partition of India and Pakistan, Greece and Turkey and most recently South and North Sudan have made any questioning of the current status quo extremely controversial.  Underneath what we call "nations" today, it exists a kaleidoscopic amalgamation of languages, cultures, ethnicities, races, and religions. Defining the "us" vs the "others" and the boundaries of a nation in order to attribute to it a legal political status is not an easy endeavour.

So what should we do? Should the system remain organised around the current lines on the map, where state trumps nation? Should a comprehensive re-drafting of the current order be considered as a way to better represent the political demands of nations? Which of these approaches is the best way to organize international relations? Can state treat fairly national minorities? Is nationalism at odds with multiculturalism and diversity? Why do states and nations need to exist in the forms they do? What are the alternatives, if there are any? Let the debate begin!

Watch this very interesting videos on the evolution of the world political order and the emergence of nationalism:


State vs nation: Should the international relations system be organized around states or nations?