Voting age: Should 16-year-olds be allowed to vote in the UK? Why? 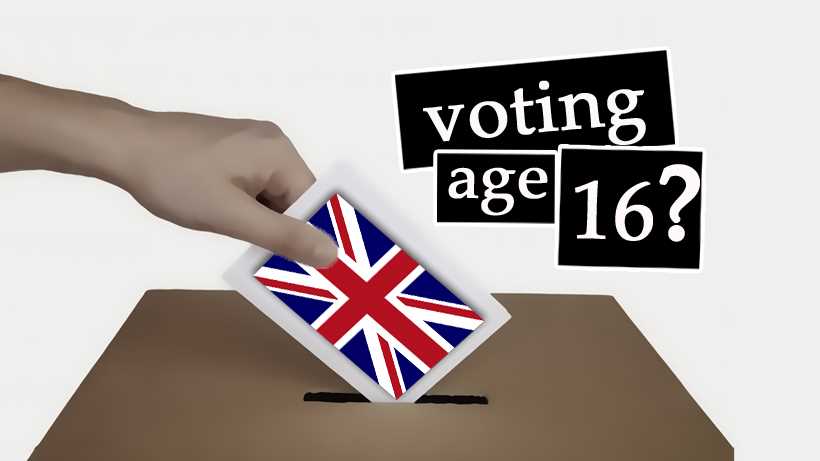 Is lowering the voting age a solution for youth disengagement? Should 16-year-olds be allowed to vote? Join the academic debate on the pros and cons of changing the minimum voting age in Britain

This debate is based on the lecture: "Electoral studies in the UK" (15 November 2016) by Dr. Thomas Loughran. This is the 7th lecture of the course: POLI20901: How to Conduct Political Research at the University of Manchester.

Dr. Thomas Loughran completed his PhD at the Institute for Social Science at the University of Manchester. His doctoral thesis "A Values Based Electorate?" explains how the electoral contexts influence the relationship between political values and voting in West European Democracies. Dr Thomas Loughran also holds a Masters in Social Change and has previously worked in research projects such as the British Election Study and the Social Complexity of Immigration and Diversity project. His areas of expertise include Electoral Studies, Comparative Politics, Values and Attitudes and Innovative Approaches to Modelling Political Behavior.

Should 16-year-olds be allowed to vote in the UK?

The increasing alienation of young people from formal electoral politics is often cited as a major concern by academics, politicians and commentators. As each subsequent cohort of young people becomes less likely to vote and less likely to become party members, many point to the danger of a looming crisis of democracy. Lowering the voting age to 16 is often cited as one potential solution to the problem of youth disengagement. It has already been enacted for the Scottish Referendum vote in 2014 and, after the Brexit vote in the UK, there appears to be a growing debate regarding whether 16 should become the new minimum voting age.

In the UK there seems to be an age divide in terms of party preferences. According to a YouGov analysis class is no longer a good predictor for voting behaviour, but it seems that preferences are correlated with voters age. The older the people are the more likely they are to vote for the Conservative Party. Conversely, the younger the age interval studied, the higher the proportion of Labour voters. This means that if the voting age was lowered, the chances for the Labour party to win elections would increase.

In addition to this purely electoral reason, there are other normative and empirical arguments both for and against this measure. These are some of the most common ones:

In favour of lowering voting age to 16

Emerging questions: Do you think the voting age in the UK should be lowered to 16? Are 16-year-olds ready to engage in politics? Should different voting ages be set for different types of elections or referendums? Which, if any, of the above arguments do you find more compelling from an empirical and normative perspective? What would be better for democracy: lowering or increasing voting age? What methodology would be the most helpful in researching voting age?

Watch these debates on lowering voting age to 16 in the UK:

Should 16-year-olds be allowed to vote in the UK? Vote and explain whether or not lowering voting age is a good idea. Suggest other pros and cons on the discussion forum below.


Voting age: Should 16-year-olds be allowed to vote in the UK? Why?