EU freedom of movement: good or bad for Britain? 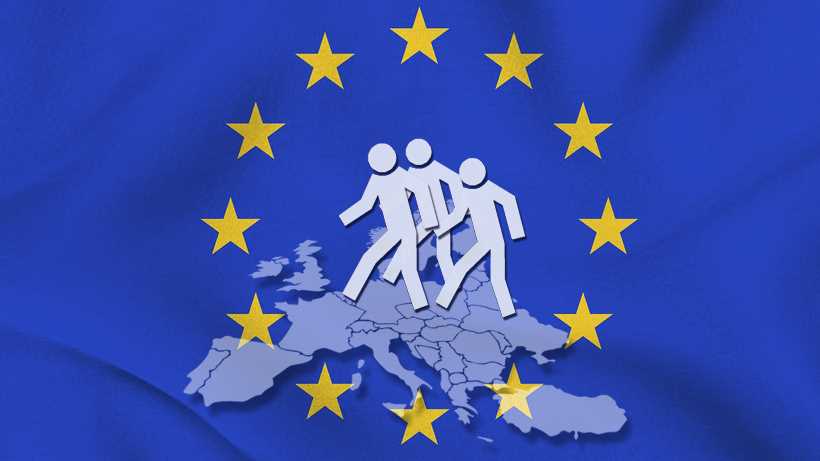 Is freedom of movement in the EU a good reason for a EU exit? Is  free movement of Europeans bad for Britain? Join our debate and vote in our poll (see below)

This public discussion is based on the debate "Free Movement & The European Union. Good Thing or Bad?" organized by GlobalNET21, The Migrants Rights Network and The New Europeans on 9 April 2016 in London. The debate is part of the Open Generation Festival of Ideas and explored the different opinions and perceptions between generations on the issue of freedom of movement in the EU (find out more below)

For freedom of movement and EU membership:

Against freedom of movement and EU membership:

The pros and cons of being in the EU are currently being discussed daily in the UK. The referendum on European membership has brought to the fore a myriad of arguments in favour and against EU membership. The free movement of persons is one of the four founding principles of the European Union alongside the free movement of goods, services and capital. However, the EU freedom of movement principle has come under close scrutiny in the context of the current refugee and migrants crisis and of the growing popularity of the United Kingdom Independence Party. Bordering policies are key in political debates.

The Eurozone crisis and the alleged marginalization of Britain by EU decision-making bodies have become regular arguments in the Brexit debate. In the wake of the wave of terrorist attacks in France and Belgium, many have claimed that it is time to "take back control of the UK's borders." For them, the Home Office should have the last word in deciding who can come, live and work in the UK or who should not. British jobs and security are at stake at the moment and the principle of national sovereignty over the territory should prevail. There are also concerns on the integration of immigrants and their impact on local culture and socio-demographic landscape. Often those against free movement of workers have taken a stance against EU membership and are supporting the "Leave EU" campaign.

On the other hand, many argue that, precisely, the UK is the country that has benefitted the most from the free movement of workers in the EU. Britain has managed to develop a service economy grounded on the talent coming from all over Europe and beyond. The new increased diversity in Britain is the result of its open labour market driven growth over the last decades. The lack of bureaucratic barriers has served to attract the brightst and best. These "migrants" from other EU countries are disproportionally well-educated and skilled and cultural diversity has made the UK a more interesting destination. The UK is already a non-Schengen country and security would be hindered if police collaboration with the EU would diminish. Exiting the EU or introducing new bureaucratic barriers or visa requirements for EU citizens would likely make Britain less appealing to multinational companies and start-ups. Moreover, it will also create difficulties for the more than 1.3 million British citizens currently living in other European countries.

What do you think? Should Britain leave the EU? Is free movement of persons in the EU really a problem? Should border control and restricting migration be a priority for the UK government? What about free movement of goods, services and capital? Join the debate, leave your comments and questions you did not have the chance to ask during the event below.

Check out these videos with Professor Simon Hix, Department of Government, London School of Economics, and Professor Catherine Barnard, Faculty of Law, University of Cambridge

EU freedom of movement: good or bad for Britain? Vote and share your views on the issue of free movement of people and on whether Britain should leave the European Union


EU freedom of movement: good or bad for Britain?