What is the worst problem associated with immigrant detention centres? 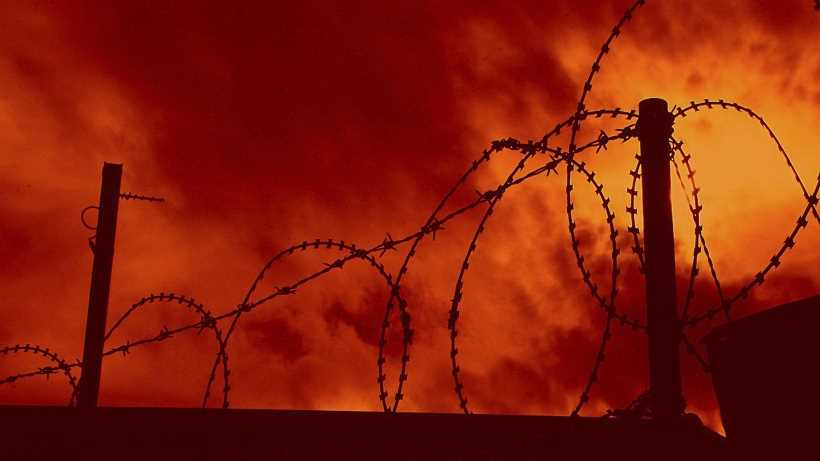 Human rights violations are common at immigrant detention centers. The way we deal with migration is problematic. Join the debate & share to raise awareness

This debate is based on the House of Commons Meeting "How should Europeans respond to the Global Refugee Crisis?", on 11 January 2016. The event was organised by GlobalNet21. Speakers included: David Burrowes MP, Nazek Ramadam who is director of the Migrant Voice, and Maria Teresa Sette, a journalist specialist in migration, minority rights and European integration.

The world has developed into a more unsettled place than it was at the end of the last century. War and conflicts, resource shortages and extreme weather have resulted in mass movements of population in different parts of the globe. Immigration is an important issue that needs to be carefully dealt with.

In Europe this is now a major issue facing many countries with hundreds of thousands of people on the move due to the Syrian refugee crisis. It is raising many issues such as accommodation, integration and human rights. Many people who flee as refugees have ended up in UK Detention Centres. These centres are used to incarcerate people that the government wants removed from the UK and are often bland, brick buildings behind high gates and barbed wire, hidden round the back of airports, out of view of the holidaymakers and business people hurrying to catch their flights. Others are in inaccessible places set apart from normal, daily UK life.

Some of the private companies running these centres, and making a profit out of their incumbents, have reputations that can be described as tarnished. David Burrowes is a Member of Parliament who has been deeply concerned with the human rights of people who are refugees, both in terms of their settlement and also the sometimes-inhuman conditions of their detention. David has long campaigned for the rights of refugees and for their fair treatment. He says:

"While there is a need to properly control our borders, people who arrive by fair means or foul must also be treated with dignity and respect throughout the immigration process. The current system is failing to sufficiently do this."

David is campaigning for the human rights of detainees to be respected and you can hear what he has to say and help him with his campaign by your comments there. You can find more information about his stance on Kuorum.org

Human rights violations against migrants in the UK

Following the results of the Brexit referendum, the UK government has adopted a tougher stance on immigration. Even migrants from other EU countries may see their rights curtailed in the near future. Stories of deportations of people who have been living many years in the UK are not uncommon.

Immigrants are not criminals, however they do not always see their human rights protected and often suffer abuses. There is no shortage of human rights campaigners calling for detention centres to be closed down. Many activists are denouncing human right violations. For instance, protests have been organised by Movement for Justice at Harmondsworth immigration removal centre near Heathrow and another has been organised by Women Asylum Seekers Together calling for Yarl's Wood to be closed down.

The Home Office bats away such calls and remains implacably committed to immigration detention, trotting out this mantra to those who question the wisdom of their policy: "Detention is a vital tool that helps us remove those with no right to be in the country".  Immigration detention is supposed to be a brief stopover prior to removal from the UK. Every year thousands of people who, according to the Home Office's own rules, should not be detained – survivors of torture, those with severe mental health problems, children and women who are more than six months pregnant – are locked up.

Others are left languishing for a year or more in jail-like conditions because there is no realistic prospect of removing them back to their country because it is a conflict zone, because there is no airport, or because travel documents cannot be obtained. They have been denied their rights while the government wastes millions of pounds on their imprisonment. Many would argue that it is time to stop detaining innocent people who cannot or should not be removed from the UK.

Problems and abuses of human rights

There are many problems and abuses of human rights associated with these immigration centres, such as:

Out of all these problems which one do you think is the worst? Which of them is having a worse impact on immigrants rights and prospects to integrate in the UK?

What is the worst problem associated with immigrant detention centres? Vote and share your views on detention of migrants. Share this debate if you want to raise awareness.


What is the worst problem associated with immigrant detention centres?