Should churches be taxed? Is ending tax exemptions for them a good idea? 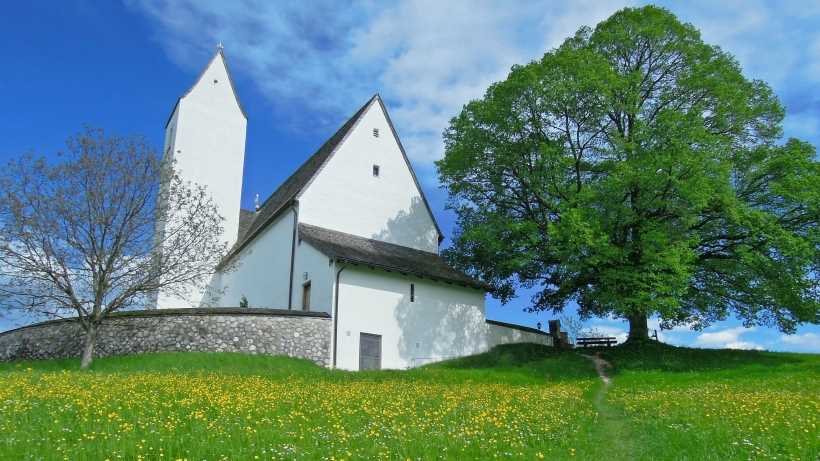 Churches play an important role in society and provide support for the underprivileged. But shouldn't churches be taxed? Is their tax-exempt status fair? Do you agree with the GOP tax bill allowing churches to endorse political candidates?

Should churches be taxed?

The Republican Party tax bill released on 2 November 2017 would allow Churches to keep their tax-exempt status even if they openly endorse political candidates. This bill creates controversy as it may clash with the Johnson Amendment which prohibited non-profit organizations to engage in certain political activities if they wanted to maintain a tax-exempt status.

In many countries, including those that are formally secular, religious institutions receive a preferential treatment from the government. In the US churches have been officially tax exempt since 1894. Churches don’t pay property tax and donations to them are tax deductible. Some of them, as for instance the Catholic Church, the Church of England, as well as the Baptist, Methodist, Lutheran and Presbyterian Churches, play an important social role, having a great impact on the charity sector and providing many services. But is it fair that they are tax exempt and subsidized by governments? Can we based a tax-exempt status on something so subjective as beliefs and faith?

In favor of tax exemptions

Many arguments have been raised to justify tax exemptions and deductions for religious institutions. Probably the strongest one is that churches contribute to public good. Churches in the US and many other countries provide important social services such as education, shelter for homeless people, spiritual guidance, support for the victims of gender-based violence, support for alcohol and drug addicts, food for those who find it hard to make ends meet, etc. If churches are forced to pay taxes, the disadvantaged people that rely on their support might suffer the consequences.

Moreover, awarding churches with tax exemptions is coherent with the policy of subsidizing non-profit organizations. This policy even applies to big universities, such as Yale, that have plentiful resources but still enjoy subsidies from the governments. Some nonprofits, such as the National Rifle Association and Planned Parenthood, enjoy tax exemptions and deductions, even if they are perceived as controversial by a large part of the population. Why should churches be treated differently? Taxing churches when other nonprofits are exempt from tax may even be unconstitutional. Finally, if tax breaks would be eliminated, some churches could go bankrupt.

Against tax exemptions for churches

Opponents of tax exempetions for churches often argue that it is not clear why a church should be given a special treatment in a state which is officially secular and in which church and government are separated.

Tax-exempt status and tax deductions are expensive for tax payers. We all indirectly bear the burden of churches’ omitted taxes, regardless of whether we agree or not with their creed. Why should atheists or agnostics be indirectly funding a religious institution?  Researchers from the University of Tampa have estimated that the US Government subsidizes religious institutions for $71 billion annually. According to their study, US churches enjoy the following subsidies:
•    Federal, State and Local income tax subsidies
•    Property tax subsidy
•    Investment tax subsidy
•    Faith based initiatives subsidy
•    Donor tax exemption subsidy

Some critics argue that there are other organizations such as Wal-Mart that contribute much more to charities than many churches and do not get the same type of tax breaks.

Although direct involvement in electioneering is forbidden for religious organizations, according to some surveys, 13% of churchgoers in the US receive “political information” at church services. Shouldn’t the state stop preferential treatment for organizations that may be shaping voters' political views?

Moreover, it can be difficult to decide what constitutes a religion and church. There was a lot of controversy when the IRS awarded tax-exempt status to an institution such as the Church of Scientology and rejected the application for others.

Should churches be taxed? Is ending tax exemptions for them a good idea? Vote and share your views on why taxing churches or not makes sense to you.


Should churches be taxed? Is ending tax exemptions for them a good idea?