Burkini pros and cons and ban: Is Islamic swimwear a good idea for Muslim women? 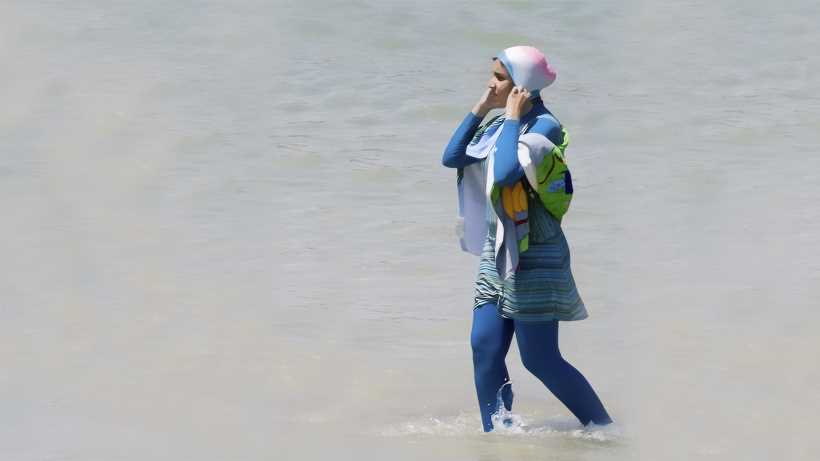 Source: Based on Giorgio Montersino's image

We discuss the burkini controversy and history of this Islamic swimwear. We also outline the pros and cons of the burkini and whether the decision in some French towns to ban it was correct or simply an expression of Islamophobia.

The ban on the Islamic swimwear, commonly known as a "burkini", in some towns in France has created an enormous controversy across Europe. The name is a blend of the words burqa and bikini and refers to a swimsuit which covers the whole body of the woman except for the face, feet and hands in order to respect the Islamic traditions of modest dress. Although the Council of State, the highest court in France, has suspended the burkini ban that was enforced in some municipalities Southern France, the issue remains far from being settled. Many argue that the burkini ban was in line with secularism and some of the founding principles of the French Republic. Others think that prohibition is a step too far, and that even those who want to empower Muslim women should understand that imposition is not the solution. We debate whether prohibiting the burkini is a good or bad idea. Read more about the burkini's history, its advantages and disadvantages, vote in our poll and leave your point of view in the comment section below.

The burkini or burqini is a type of full-body swimsuit created in 2004 by Aheda Zanetti, an Australian fashion designer of Lebanese origin who had observed how Muslim women struggle to practice some sports and to swim at the beach wearing their traditional clothing. Aheda Zanetti first thougth of designing a "hijood" a combination of the hijab and a hood to facilitate the practice of sports among religious Muslim girls. She got inspiration by observing her niece playing netball while wearing tracksuit pants, a skivvy and her hijab.

Later on she realized that bathing with a veil was also an uncomfortable experience and she founded a company and registered the burkini and burqini brands. This Islamic swimmsuit became a success, in particular after Surf Lifesaving Australia launched a program to integrate Muslim boys and girls into surf lifesaving. Her company has sold more than 500,000 units since their creation. In 2016 the sales of burkini went up 40% and there are several other brands producing similar swimwear for religious Muslim women. What Aheda Zanetti envisaged as a piece of clothing meant for the comfort and empowerment of Muslim women is now considered by many as a new way to facilitate the maintenance of gender discrimination among Muslims communities.

Pros and cons of the burkini ban

These are some of the most commonly advanced arguments pro and against the burkini ban. Feel free to add more arguments on the comment section below.

In favor of the burkini ban:

Against the ban on burkini:

What do you think about the burkini? And about its prohibition? Is this a feminist pro-women's empowerment policy or mainly the expression of a growing anti-Islamic sentiment in Europe?

Burkini ban controversy: Is Islamic swimwear a good idea for Muslim women? Vote and explain why you think this burkini should be banned or not.


Burkini pros and cons and ban: Is Islamic swimwear a good idea for Muslim women?