To solve global poverty we must focus first on women's empowerment and rights: Agree or disagree? 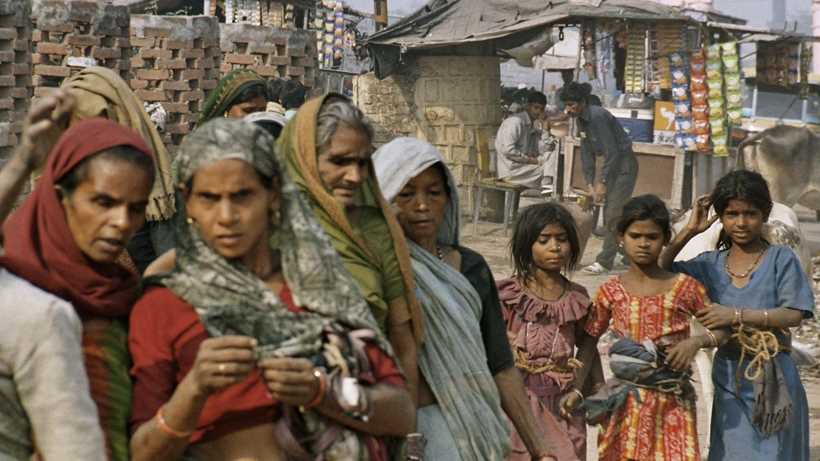 We discuss the best way to fight poverty and inequality. Women's empowerment and the protection of women's right is a good strategy for sustainable development. Should this be priority number one?

This debate is based on the lectures and class discussions of the LSE100 module “Poverty and Inequality” (Lent Term 2017) at The London School of Economics and Political Science. This module has been designed by Dr. Marina Franchi, Dr. Maria Brock and Dr. Diego de-Merich

The UN Sustainable Development Goals seek to change the course of the 21st century, addressing key challenges such as poverty, inequality, and violence against women. Women’s empowerment is a pre-condition for this. As UN Women explains, women and girls are particularly affected by poverty, food security, climate change, poor healthcare and other development related issues. The special role of women in development is sometimes forgotten. Women often have  to walk for hours in order to get water and food to feed their families. They are providers, teachers, farmers, housekeepers, entrepreneurs, and mothers, often all at once. Poverty sometimes pushes them into sex work. It is argued that we will not reduce poverty without working to achieve gender equality.

Women's empowerment and curbing gender inequality are considered key for the successful implementation and sustainability of poverty reduction policies. Aware of this need, The African Union made 2015 the African Year of Women's Empowerment. However, despite some policy advancements, public declarations and symbolic gestures, women's right are not always respected and there is persistent gender inequality in the world. Most countries (143 out of 195) guarantee equality between women and men, but discrimination remains an issue in both developed and developing countries. Sometimes this discrimination is manifested in the legal system and the application of women's rights.  For instance, the Indian Constitution guarantees equality under the law. But for women facing a patriarchal social order, strict caste rules and centuries of traditions, that guarantee means little. There are gender-based stereotypes and social practices that hinder the opportunities of women. The pay gap between men and women is one of the types of discrimination that persist in most countries. One in three women experience physical and sexual violence and 133 milion girls and women have suffered female genital mutilation. With regard to property and inheritance, women's rights are still inferior to those of men in 26 countries. Women, in those countries, have limited access to credit and resources which makes them more dependent on men. Prostitution is another problem, it is estimated that 40 million women are sexual workers.

UN Woman (2011) summarizes in 7 the principles of women's empowerment:

Gender is just one among many different inequalities which are interconnected and interact to create and amplify the problems of poverty and exclusions. Feminist scholars, such as Kimberlé Crenshaw have put forward the concept of intersectionality as a way to better understand cultural patterns of oppression. There are other inequalities such as race, ethnicity, class, ability, and education, that also instersect and have an important impact on poverty and development.

Although women's empowerment is proven to have a positive impact on poverty mitigation and economic development, some argue that there are other forms of exclusion that need to be prioritized or at least, be treated with the same urgency than gender inequality. For instance, in Vietnam only 7% of ethnic minority households have access to improved sanitation (43% for the majority groups). In Peru, among poor indigenous women the average years of schooling is 5, half of the national average.

In some areas, men and boys are equally or more affected than women and girls by issues related to poverty. For instance, in Bangladesh the poorest are less likely than the poorest girls to go to school and in many countries young men are drafted by force by militias and criminal organizations. The lower life expectancy of men in some countries is evidence of some of the problems and challenges faced by boys and men.

Other experts argue that "empowerment," as it is presented most commonly, is a Western-centric construct with too much emphasis on women's rights. A more relational understanding of empowerment, based on ideas around security and community would be more conducive to development. As Elisabeth Porter (2013) points out, for some women in developing contexts "security" and notions of community connection are more important.

In the context of gender discrimination, women's empowerment is extremely important. But do you think it should become the top priority in the fight against poverty? Are there alternative approaches we should consider first? Vote and share your views on the discussion forum below.

To solve global poverty we must focus first on women's empowerment and rights: Agree or disagree? Vote and explain why. Feel free to ask questions to the LSE100 teaching team on the discussion forum below.


To solve global poverty we must focus first on women's empowerment and rights: Agree or disagree?