Coca Cola Classic vs Diet Coke: which one do you prefer? 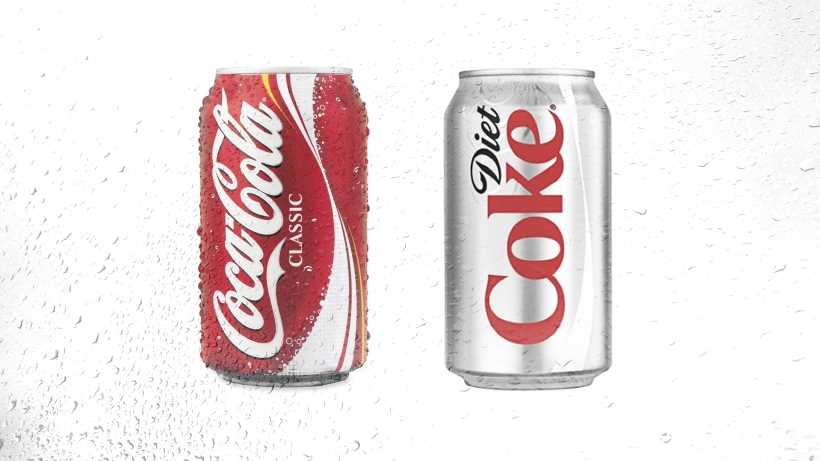 Source: Composite by G_marius based on The Coca-Cola Company's images

Coke vs Diet Coke. Both are criticized for their possible impact on health, one for having too much sugar, the other for having aspartame, a widely used sugar substitute. But which which one do you prefer?

Coca-Cola is the most famous cola beverage brand and it is among the most consumed drinks in the world (together with coffee, tea, beer, and wine). Invented at the end of the nineteenth century by an American pharmacist, its recipe remains secret, somewhere in The Coca-Cola Company headquarters in Atlanta. Initially Coca-Cola was an alcoholic beverage named “French Wine Coca”. As the beverage contained extracts of coca leaves it was later banned by the sanitary authorities.

Coca-Cola profoundly shaped the American culture and lifestyle, widely acknowledged around the world. Many brands began to produce similar beverages, and now you can find either Coca-Cola or “local” colas in every part of the world. The only places where Coca-Cola is not sold are Cuba and North Korea. The Coca-Cola Company also produces hundreds of other beverage brands across the world.

The invention of Diet Coke

Coca-Cola was frequently accused of being responsible for the obesity and other diseases such as diabetes. To offset the critics, Diet Coke was introduced in 1982 in the US, containing no sugar but only a substitute to it: aspartame. With an increasing number of people concerned about losing weight it became an almost instant success. Yet its sweetener, aspartame, has been the centre of further controversies, presumably causing other health problems.

Do you prefer the original taste of Coca-Cola without caring about how much sugar there is in it? Or would you incline for the sugar-free version with aspartame? Or maybe you just rather like the taste of Diet Coke over regular Coca Cola?

Coca Cola Classic vs Diet Coke: which one do you prefer? Vote and tell us why


Coca Cola Classic vs Diet Coke: which one do you prefer?