Fracking pros and cons - Do you agree with the extraction of gas and oil using hydraulic fracturing? 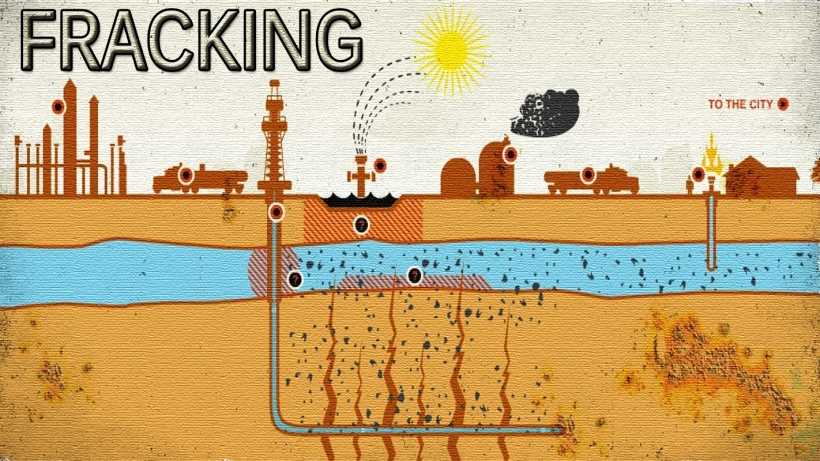 What is "fracking"? History and evolution

Hydraulic fracturing (ʺfrackingʺ) is the fracturing of rock by a pressurized liquid. This technique consists on injecting water, sand and chemicals at high pressure in order to create small fractures and facilitate the extraction of gas and oil. Hydraulic fracturing can report important economic benefits to many countries but entails important environmental and public health risks.

The history of fracking can be traced back to 1862. During the American Civil War, Col. Edward Roberts realised that oil could be extracted through the use of explosives. In 1865, he created the patent of the "Exploding Torpedo." This method used an iron case with powder which exploded under the surface and propelled water, fracturing the subsoil and contributing to increase the production of gas and oil wells. Later, liquid nitroglycerin was used in the process, until, in the 1930s, drilling companies, replaced it by with a non-exploding liquid called acid.

The expansion hydraulic fracturing began in the 1940s following a successful experiment contucted by Floyd Farris for the Sanolind Oil and Gas Corporation in 1947. Floyd injected gelled gasoline (napalm) and sand in a gas producing formation at the Hugoton gas field in Kansas. A patent for this new method was issued in 1949. Halliburton Oil Well Cementing Company acquired the exclussive license and implemented the first commercial fracturing treatments in Archer County, Texas, and in Stephens County, Oklahoma. The USSR introduced fracking in 1952, and later other countries gradually adopted this technique.

In the late 1960s, a new technique called massive hydraulic fracturing (or high volume fracturing) was introduced in the USA. It consisted of injecting over 136 metric tonnes of proppant and help make economically viable the expoitation of gas saturated sandstones with low permeability. Massive fracturing became popular in Western Canada, Germany, Netherlands and the UK.

Fracking continued to grow and evolve. President Gerald Ford included the development of shale oil resources as a prioritiy in his energy plan. In 1976 the US Government lauched the Eastern Gas Shales Project and public funding was devoted to the Gas Research Institute, which undertook many experiments and projects in the following years. In the 1980s, oil companies realised that horizontal wells were more effective in producing oil than vertical ones. In 1997, Nick Steinsberger, an engineer from Mitchell Energy, discovered a more efficient slickwater fracturing technique. By applying higher pump pressure and more water, gas extraction became economically viable in the Barnett Shale in Texas.

Today, there are horizontal wells using massive hydraulic fracturing  in the USA, Canada and China. Thanks to these latest techniques, shale gas extraction has become economically viable. However, some countries, such as France and Tunisia, aware of the environmental and health dangers of fracking have decided to ban it. But is the impact of fracking mostly positive or negative? Should governments continue promoting innovation in this area?

Defenders of hydraulic fracturing usually explain that this technique has some benefits:

On the flip side, criticism against fracking includes some of these arguments:

Watch these videos on the benefits and dangers of fracking

Do you agree with the extraction of gas and oil using ʺfrackingʺ? Vote and tell us more about the risks and benefits of fracking. Please, share this public discussion with other people concerned about energy security and environmental issues.


Fracking pros and cons - Do you agree with the extraction of gas and oil using hydraulic fracturing?