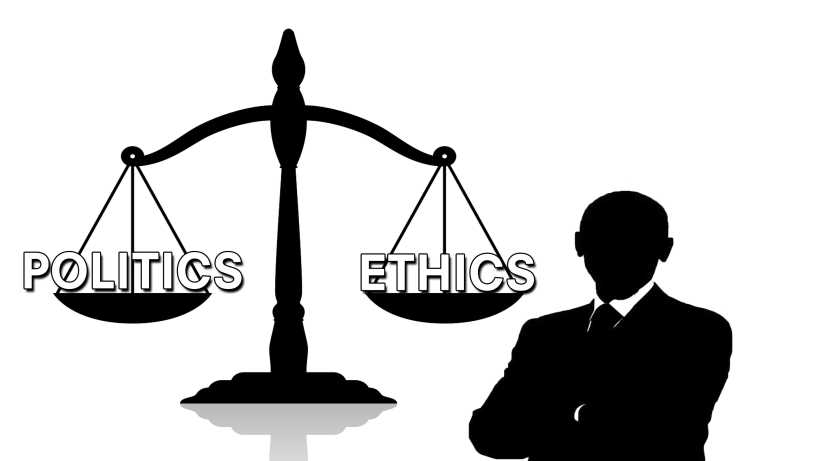 Are ethics in politics and society diverging? We discuss if the moral principles that guide politicians' behavior reflect our own ethical standards.

Ethics is usually defined as the se of moral principles that direct one’s behavior and define what is consider to be right and wrong. Similarly political ethics refers to making moral judgements to guide action and methods of decision-making for the public good.

In fact  there is a growing demand for regulating the standards of public life of those working in the public service. Many criticize that politicians are not ethical, that they are more concerned with gaining and retaining power than with ensuring the well-being of the public. But are both goals compatible? Political ethics and personal morality are not always aligned. Some would argue that politicians should stick to universal principles such as justice or fairness to better rule us. On the other hand, political realists would argue that there is no room for ethics in politics or that the ethical principle that rule citizens’ behavior should not bound politicians. In fact political leaders throughout history very often had to make unethical decisions to advance the interests of their nation or faction.

Moreover, the discussion on the divergence between personal and political ethics becomes even more interesting if we take into consideration that these rules, norms, standards, and moral precepts are not set in stone but evolve over time. Large part of the political battlefield is focused on morality and ethics, which can become powerful tools for the legitimization of political decisions. Ethics are used as a gigantic stick with which people beat those who believe differently from themselves. We see how sometimes the pursuit of public welfare or “the good life” can be replaced by crusades against “evil”. And political goals are used to justify means that in any different context would be considered as deeply unethical.

Thus, we witness how the search for power, influence and reputation rather than the genuine desire to do good to others underpins many of the decisions made by our representatives. We often complaint about the lack of ethics of our politicians. But what about ourselves? Does that not reflect our own approach in society? If we truly and genuinely wanted to make the world a better place, we would begin in our own neighborhoods by being better people to one another. Being more collegial at work and doing more to help those in need.

One could think that people are adopting quite a lax or complacent stance on their own ethics. It seems easier pointing fingers at others’ wrongdoings making an effort and taking action. If indeed citizens are not very strict with the ethics driving their own actions, can they still play the blame game on politicians?

Do you think ethics and politics can be reconciled? Are we more interested in blaming others for not doing good than doing good ourselves? If ethics is to be restored in public life then should we start with ourselves? Are politicians like the citizens they represent?