Most influential philosopher in contemporary thinking: Kant or Hegel? 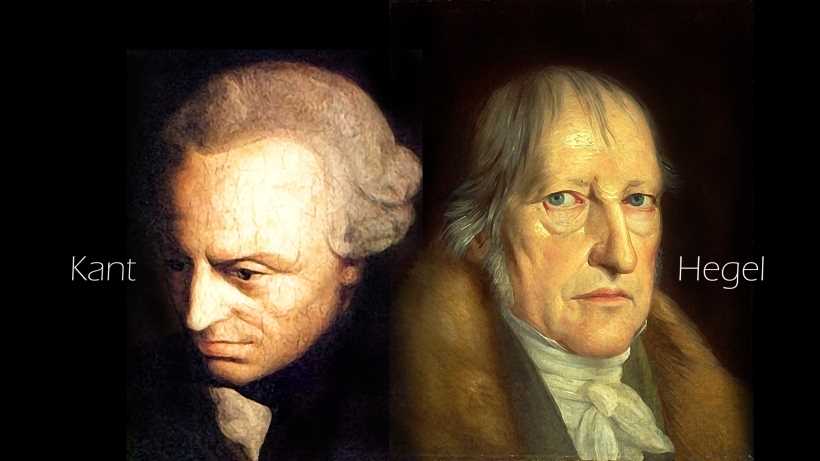 Kant are Hegel are two of the greatest thinkers of all times. Here we discuss which of the two German philosophers is more influential today.

Kant and Hegel are two of the greatest philosophers of all times. These two German idealist thinkers developed similar themes such as political philosophy, ethics, religion and methaphysics. However, Kant and Hegel adopted quite distinct approaches and contributed in different ways to the history of thinking.

Immanuel Kant (1724-1804) works in epistemology (the theory of knowledge), ethics, and aesthetics greatly influenced all subsequent philosophy. Kant was one of the foremost thinkers of the Enlightenment. Kant aimed to resolve disputes between rationalism of René Descartes and the empiricism of Francis Bacon. Kant's Critique of Pure Reason (1781) aimed to explain the relationship between reason and human experience and moving beyond what he took to be failures of traditional philosophy and metaphysics. He criticized speculative theories of human experience, while resisting the skepticism of thinkers such as David Hume.

Georg Wilhelm Friedrich Hegel (1770-1831) was arguably Kant's most important successor. Hegel developed a comprehensive philosophical framework of absolute idealism, and attempted to transcend systematically all the antinomies of Kantian thought such as noumenon and phenomenon, freedom and necessity, subject and object. Hegel's contribution to "dialectics" was also groundbreaking. Some of his most important works are the the Phenomenology of Spirit (1807), Science of Logic (1812), and the Philosophy of Right (1821).

Arguably they are the best German philosophers of all times, but which one do you prefer? Which one do you think has contributed the most to the development of philosophy and our understanding of the world?

Most influential philosopher in contemporary thinking: Kant or Hegel? Vote in our poll and discuss your opinions in the comment section.


Most influential philosopher in contemporary thinking: Kant or Hegel?