In science we trust ... but do you trust scientists? 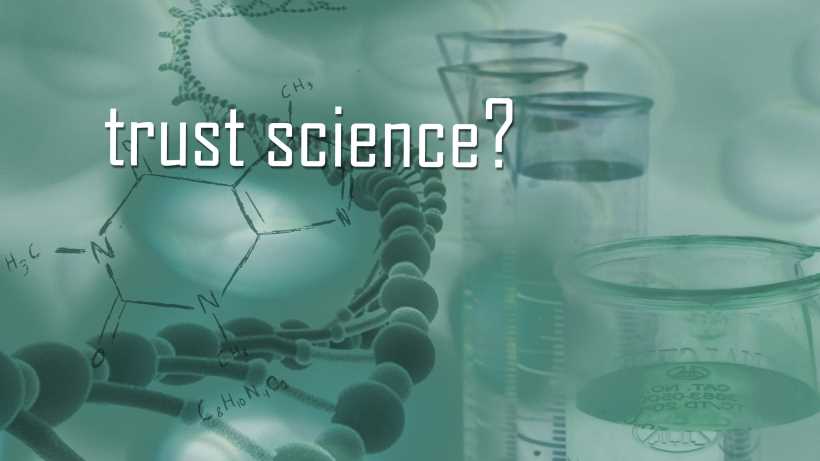 Source: Composite by G_marius based on a  Joe Sullivan's images

Can we trust science? Malpractice, prejudices and religious beliefs are reasons why some people don't believe in scientific findings or scientists. Are you a sceptic too? Vote and join our discussion!

In science we trust?

Scientific advancements have profoundly contributed to the improvement of people’s life (e.g. knowledge, way of life, health, communication, transportation, etc.) The belief in science's power has also increased throughout human history. Most people now believe and trust in science because they realize how much of their welbing and comfort depend on scientific progress. We owe to scientists and research the glasses we wear, the cars we drive, the electricity we use, the TV we watch, and medical treatments we undergo.

However, science and scientists have not won the hearts of everyone. Many people are sceptical or show a strong disbelief in certain scientific claims. Numerous domains in science have historically suffered from scepticism. Probably the most notable case was that of the Italian astronomer and pysicist Gallileo Galilei whose defense of helliocentrism and Copernicanism earned him a trial by the Roman Inquisition and spent the rest of his life under house arrest. Still today many people are very sceptical of some scientific discoveries such as the theory of evolution (principally in the USA),1 the use of vaccines,2 or the human impact on global warming.3

Although sometimes scepticism is the result of prejudices, religious beliefs or lack of information, there are other cases in which it is fully justified due to malpractice by some scientists. In particular there is a growing problem with the publication of false results.4-8 A measurable consequence of this phenomenon is the increasing number of manuscripts which have to be withdrawn from publication in scientific journals because of misconduct (~40% of withdrawal cases).6 Ten years ago, numerous scientists officially recognized that they modified data to obtain grants,4 and more and more cheating researchers are being unmasked.4-8 The main reason for such detrimental behaviour is that a scientist’s career completely depends on his/her number of publications in scientific journals with high impact factor. A journal’s impact factor reflects the number of times other scientists have cited the published work in the respective journal. Therefore, the higher the impact factor is, the more innovative and important a publication is considered to be. Consequently, publishing in journals with high impact factor will determine a scientist’s success for obtaining funding, for their job security, career improvement and reputation.

Can we trust science? What is your general opinion about science today? Is scientific rigor being sacrificed in order to produce media headlines or an increasing number of publications? Do you fully trust scientists or do you often question the truth of their recent discoveries? Vote in our poll and share your views below.


In science we trust ... but do you trust scientists?