MIT vs Stanford: Which American tech university do you think is more influential? 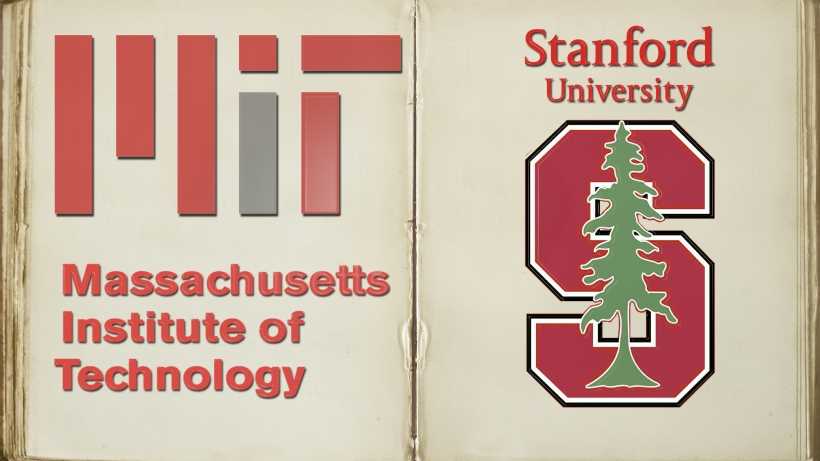 Source: Composite by G_marius based on a Evelyn Flint’s image

MIT and Stanford host lots of talented students and academics and produce outstanding research. But which of the two is the best technology university?

Massachusetts Institute of Technology and Stanford University compete to be the best best technology university in the world. American and international students, academics and education experts consistently rank the MIT and Stanford among the top engineering colleges but also among the best higher education institution to study physics, mathematics, business, economics and social sciences. These private research universities have impressive campuses, top notch laboratories, and a formidable history of research and academic excellece. Dozens of Nobel laureates have been affiliated to each of the two. MIT and Stanford alumni have become successful entrepreneurs and created many of the most important technology companies in the world such as Intel, McDonnell Douglas, Texas Instruments, 3Com, Bose, Dropbox (MIT), Google, Hewlett-Packard, Nike, Sun Microsystems, and Yahoo! (Stanford).

We compare Stanford and MIT and debate which of the two is overall a better institution and has had more impact on our society. If you know them personally or have read about them, join our discussion forum and share your views and experiences.

Founded in 1861, the MIT (Massachusetts Institute of Technology) is a private research university located in Cambridge, Massachusetts near Harvard University. The MIT model was inspired by European polytechnic universities and emphasized laboratory instruction in applied science and engineering. It was created in answer to the growing industrialization of the United States of America and pioneered collaboration between government, industry and academia. MIT motto is Mens et Manus "Mind and Hand."

MIT has one of the most impressive alumni and faculty communities in the world. 85 Nobel laureates and 19 Turing Award winners studied or worked in this institution. One third of NASA's spaceflights have included MIT-trained astronauts. MIT researchers have made great discoveries for humanity, including the development of radar, the chemical synthesis of penicillin, the magnetic core memory for computers, and the discovery of the quark. It is often considered the most selective university in the world. It has 4,512 undergraduates, 6,807 postgraduates and 3,775 researchers. The student-faculty ratio is 8:1. MIT endowment: $13.48 billion.

The Massachusetts Institute of Technology is often ranked the best social science college in the world and among the top five universities for subject areas such as technology and engineering, physical sciences and arts & humanities.

Stanford was founded in 1885 by railroad tycoon and former Governor and U.S. Senator Leland Stanford with his wife, Jane Lathrop Stanford. Stanford University (officially Leland Stanford Junior University, in memory of the founders only child died one year before), is a private research university located next to Palo Alto, California, at the heart of Silicon Valley. It has one of the largest campuses in America (over 8,180 acres) and encompasses 40 departments, 18 research centers and laboratories and about 700 buildings. its excellent reputation and proximity to San Francisco makes it very appealing to students.

Stanford played a crucial role in encouraging innovation and development of the Internet and Silicon Valley. 21 Nobel prize winners and 18 Turing Award recipients studied or worked at Stanford. Among Stanford famous alumni there are 30 billionaires, 17 astronauts and one US President. Stanford has 6,994 undergraduate students and 9,128 graduates. It has 2,153 faculty members. Stanford currenty devotes $1.22 billion to research, and Stanford's endowment is $22.22 billions.

Stanford tops subject rankings in several disciplines. It is often considered the top engineering and technology college, and usually ranks among the top five in arts and humanities, life sciences, physical sciences and social sciences.

Watch these videos to learn more about the MIT and Stanford

How to get into MIT or Stanford? That is the dream university for million of young students in the world, but only a few chosen ones will see their dream come true. Which of these top engineering colleges would you choose or recommend? You can also comment about other prestigious universities such as University of California, Berkeley or California Institute of Technology (Caltech), which you may consider as influential or more so than Stanford and MIT.

MIT vs Stanford: Which American tech university do you think is more influential?  Vote and tell us more about them; what are their best departments, any potential weakness, the areas in which each of them excel, etc.


MIT vs Stanford: Which American tech university do you think is more influential?