Vaccination pros and cons: should vaccines be administered to children regardless of parental consent? 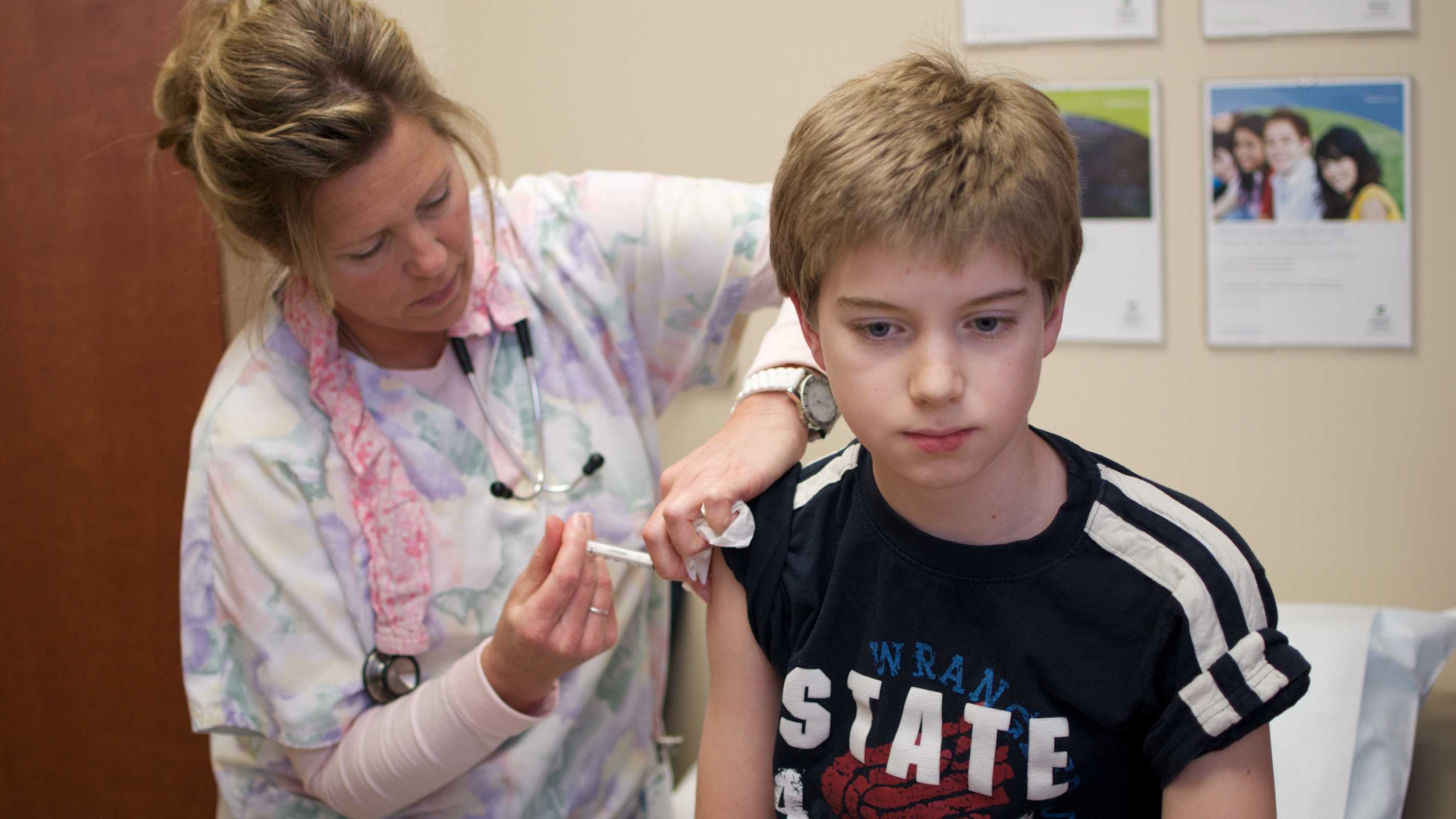 Find out more about the history and benefits of vaccines, and the anti-vaccination movement ("anti-vaxxers"). We also discuss vaccines' side-effects and the potential dangers of vaccination, as well as the lack of it. Think about the pros and cons of vaccination and join our debate: Should children be vaccinated even without parental consent?

The practice of vaccination has a very long history. In the 10th century Chinese doctors inoculated patients against the smallpox virus. Later, in the 15th century, they developed a system of nasal insufflation which was improved throughout the 16th and 17th century. At the end of the 18th century, an English surgeon, Edward Jenner, realised that people who had cowpox did not develop smallpox. He successfully tested a vaccine with children and adults. This technique of immunization became widespread because was safer than directly inoculating the smallpox virus. We owe the next milestone in the history of vaccination to one of the most influential scientists ever, the french chemist Louis Pasteur who, at the end of the 19th century, developed vaccines for anthrax and chicken cholera. Vaccination became compulsory in many countries and throughout the twentieth century many other vaccines were gradually introduced, such as those against measles, rubella, mumps, polio and diptheria.

Vaccination pros and cons: the debate

Scientific research has consistently demonstrated the importance of immunization. For example, the chicken pox, influenza and the human papiloma virus (HPV) vaccines have saved millions of people's lives. Vaccines are usually considered safe and the benefits of vaccination to outweigh their risks. However, an increasing number of parents have decided not to vaccinate their children for a variety of reasons. Some parents are concerned with vaccines' side-effects and others believe in a a vaccination conspiracy and refuse to follow the recommendations of governments to vaccinate all children. They believe the government is deliberatedly hiding scientific evidence about the dangers of vaccination.

The lack of vaccination has recently provoked some outbreaks of diseases, such as chicken pox, mumps, whooping cough and measels. Several deaths have been caused by these outbreaks. Many parents accuse the anti-vaccination movement of being responsible for a growing risk of epidemics in the United States and request the government to take action and make vaccines for children mandatory. Other parents categorically reject the imposition of a compulsory vaccination scheme as they argue that it infringes their individual liberties.

Should children be vaccinated? Should the state step in and enforce vaccination despite parents' wishes? Or should individual liberties and parents personal or religious beliefs be respected in this case? Next we discuss the pros and cons of vaccination and the main arguments that both camps, in favor and against vaccination, are using in this debate. Share your views and vote in our poll (below).

The benefits of vaccines

Vaccination is the administration of antigenic material (a vaccine) to stimulate an individual's immune system to develop adaptive immunity to a pathogen. Vaccines stimulate the body’s own immune system to protect the person against subsequent infection or disease. According to the World Health Organization (WHO), immunization is a proven tool for controlling and eliminating life-threatening infectious diseases and is estimated to avert between 2 and 3 million deaths each year. National immunization campaigns are considered one of the most cost-effective health investments. Medical and pharmaceutical organizations recommend their systematic application. Thanks to vaccination some diseases such as smallpox have been erradicated, and others, such as tetanus, polio and measles been largely restricted. But vaccination may have become a victim of its own success. Vaccines have been so effective in protecting us against some diseases that many people don't fear them anymore and don't see the reason for vaccinating their children.

The benefits of vaccination largely outweigh their costs and side-effects. As the WHO points out, most vaccine reactions are usually minor and temporary, such as a sore arm or mild fever. Very serious health events are extremely rare and are carefully monitored and investigated. A person is more likely to be seriously injured by a vaccine-preventable disease than by a vaccine. For example, in the case of polio, the disease can cause paralysis, measles can cause encephalitis and blindness, and some vaccine-preventable diseases can even result in death. There are children that, because of their young age or because of health-related problems, cannot receive immunization of certain diseases. They are only protected from infection as long as the rest of the population is immunized against them. Although compulsory vaccination programs exist in most countries, many modern vaccination policies allow exemptions for people who have compromised immune systems or allergies to the components used in vaccinations, but also for people or communities who hold strong religious or personal objections.

Watch this video on the measles outbreak and the pitfalls of anti-vaccination arguments:

An outbreak of measles in January 2015 in the United States has shown that there is an increasing trend not to vaccinate children for religious grounds or personal beliefs, including the fear that immunization is in fact dangerous for kids. The anti-vaccination movement (often pejoratively called “anti-vaxxers")  grew, especially in the United States, after a study by Andrew Wakefield published in 1998 in The Lancet raised concerns about a possible link between measles-mumps-rubella (MMR) vaccine and autism. Although the study was later found to be flawed and the paper has been retracted by the journal, it set off panic among parents leading to dropping immunization rates, and subsequent outbreaks of these diseases.

In addition to the conviction that mandatory vaccinations violate individual rights or religious principles, another reason for avoiding, delaying or spreading vaccination in children is the theory of "vaccine overload". The anti-vaccination movement is concerned with the dangers of vaccination. Vaccine overload is the notion that giving a patient many vaccines at once may overwhelm or weaken a child's immature immune system and lead to adverse effects, something that is not supported by the scientific evidence.

Parents are also concerned about vaccines' side effects, which in the case of the MMR vaccine may include fever, rashes, swelling of glands, seizures, stiffness and pain in the joints, as well as other more severe problems (although in very rare occasions) such as deafness, brain damage and long-term seizures.

Other people decide not to vaccinate because they believe that some diseases have been eradicated, when in fact they have become uncommon because of national immunization campaigns. Other common cited motives against vaccines, although not supported by scientific evidence, is that individuals should rely on personal hygiene instead of vaccines to prevent illness, or the idea that vaccine-preventable childhood illnesses are just an unfortunate fact of life and that is better to be immunized through disease than through vaccines.

Watch this video explaining the arguments of the anti-vaccination movement:

Vaccines for children without parental consent?

After outlining the arguments in favor of and against vaccination, let's discuss what to do next. In order to protect public health and prevent (and erradicate) diseases, should vaccines be administered to all children, with or without parental consent? Parents have the right to make the most important choices in the life of their children. However, the impact of the choices of parents could potentially cause harm to their kids and to other people and their children. The lack of vaccination could make diseases that were almost totally erradicated grow and affect people who may be vulnerable to them. If the number of people who do not recieve vaccines is very small, overall it is difficult for these diseases to spread quickly and cause an epidemic. However, as the number of unvaccinated children grows, the risk of contagion soars. In case of a serious threat to a country public health, is the government legitimated to undertake special measures, even if they breach some individual rights? Should laws allowing parents to refuse immunization for their children on the basis of religious grounds or personal beliefs be revoked? Are choices about vaccination personal or collective? Are personal beliefs winning the battle against science?

You may also be interested in our debate: Compulsory organ donation pros and cons

Vaccines for children pros and cons: should they be administered regardless of parental consent? Vote and leave your comments on this issue. Have you vaccinated or are you thinking of vaccinating your children? Why?


Vaccination pros and cons: should vaccines be administered to children regardless of parental consent?