Surrogacy pros and cons - Should commercial surrogacy be legal? 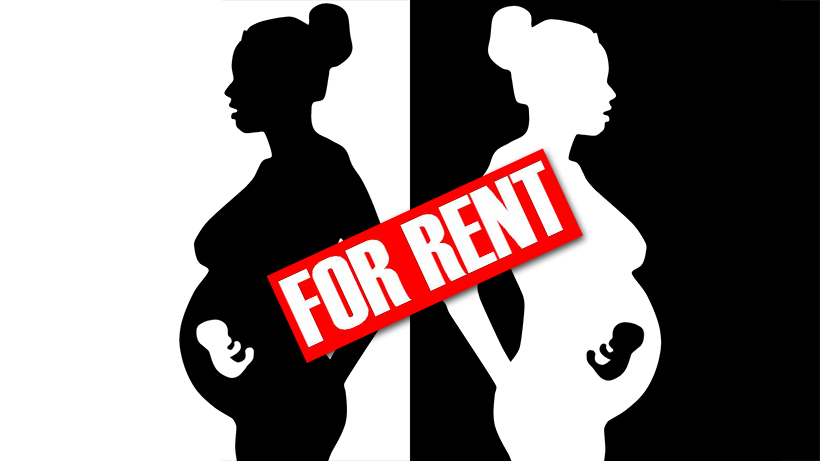 What are the pros and cons of commercial surrogacy? How does surrogacy work? We debate whether surrogacy is ethical and should be legal.

This debate is based on the LSE100 lecture "The Moral Limits to Markets" (fourth week of the module "Should Markets be Constrained or Unleashed?") on 13 March 2017 by Professor Anne Phillips, at the London School of Economics and Political Science

Anne Phillips is Graham Wallas Professor of Political Science at the Department of Government, LSE. Her research interest include democracy and representation, human rights, equality and feminism

How does surrogacy work?

Surrogacy is an agreement by which a woman agrees to carry and give birth to a baby for a couple, or a person, who will become the newborn child's parents. Through the surrogacy contract the surrogate mother gives away any right over the baby. Although surrogacy may be done on a purely altruistic basis, it often entails a monetary compensation. There are basically two types of surrogacy:

With the development of gestational surrogacy (in which case the surrogate does not provide the eggs), commercial surrogacy has become a profitable business. Surrogacy works differently depending on the country. In some US states, such as California, Florida and Texas, surrogacy is legal. American surrogate mothers tend to be working class but not very poor. They use the money to pay for housing costs, to pay off debts or to pay for their education or that of their children. Fertility clinics avoid recruiting women who are poor and driven by economic necessity. Usually relationships with commissioning parents are good and surrogates get paid from $25,000 to $40,000. Parents pay about $100,000 to the fertility clinics.

Commercial surrogacy in India has been legal since 2002 and become a great economic success. The industry is estimated to be worth more than $2.3 billion a year. Websites advertise the services and the process is very agile. Within a week of signing up the surrogate mothers go through the initial IVF procedures. Usually, surrogates come from underprivileged backgrounds and live during the pregnancy in hostels near the clinics. They receive daily medication and have their diet and exercised controlled. Clients usually pay about $50,000 but surrogate mothers average pay is only $3,000. Concerns about the exploitation of poor women have made the government intervene and close the borders to foreigners seeking surrogacy.

India and the US are paradigmatic cases but not the only countries in which surrogacy is possible. In, some countries, such as Australia, Canada and the UK, altruistic surrogacy is permited. In others, such as in Russia, Ukraine and South Africa, commercial surrogacy is also legal.

Commercial surrogacy and the moral limits to markets

Money can be used to buy almost anything in our societies. But are there things that should not be for sale? In particular when it comes to people's bodies the issue of marketization becomes controversial. With body trades, there is often a particular sense of repugnance. For instance, prostitution is usually banned in most countries and organs cannot be sold legally. Similarly, the possibility of mothers renting their womb is shocking for many. Is there something particular about the body that means it should not be for sale? What is so special about the body?

The moral or ethical issues in the case of commercial surrogacy expand also into the legal domain. For instance there was a famous case in the US where a surrogate mother (also the genetic mother), changed her mind after birth and wished to keep the baby. The court ruled the contract legal and terminated her parental rights. Custody was awarded in exclusivity to the genetic father. To what extent should contracts be prioritized over other social, emotional or moral considerations? Later an appeal judge overturned the initial judgment, arguing that the decision of the surrogate mother was not totally voluntary because she could not give fully informed consent. He interpreted that any decision prior to the baby's birth was uninformed. The surrogate mother did not retain custody but was awarded visitation rights (case: In re Baby M, 537 A.2d 1227, 109 N.J. 396, N.J. 1988)

Poverty and inequality can push women to "rent their wombs." Some of them can feel even "coerced" to this choice and feel degraded (Sandel 2012). Vulnerability and weak agency may lead women to undertake risks and suffer physical and psychological harm. The marketization of women's bodies also entails other problems. Issues with power relations and abuses may emerge. For instance a Japanese billionaire "ordered" 16 babies from Thai surrogate mothers, or the case of some American surrogate parents who did not want to accept their disable surrogate child. Moreover, commodifying women's reproductive labor reinforces a traditional gender-hierarchical division of labor (Satz 2010).

Despite its many problems, surrogacy has also several benefits. It is allowing thousands of people to fulfill their dream of becoming parents and helping many surrogates to make money and improve their living conditions. Technological progress makes regulation necessary. The case of gestational regulation is one of them. Do you think commercial surrogacy should be legalized and regulated?

Watch this short documentary on becoming parents through surrogacy

Surrogacy pros and cons - Should commercial surrogacy be legal? Vote and share your views/questions on the forum below. Invite anyone interested in the topic of surrogacy and the moral limits to the markets to join us.


Surrogacy pros and cons - Should commercial surrogacy be legal?