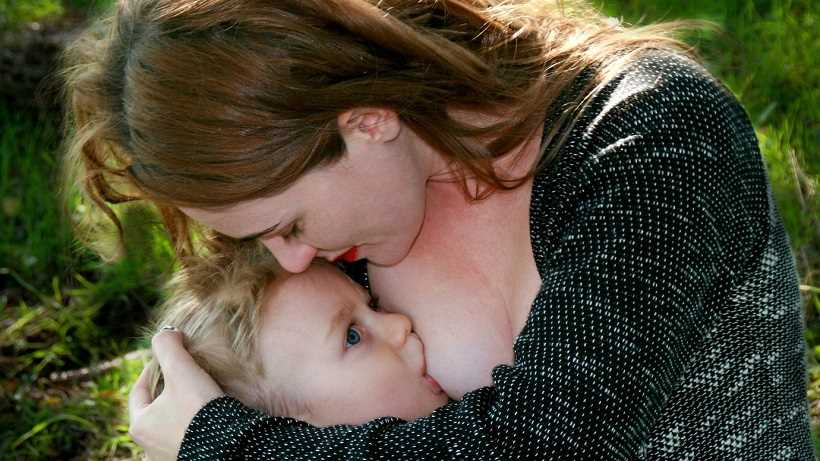 We provide some basic advice for nursing mums and outline the main benefits of breastfeeding. Finally we address the breastfeeding-in-public controversy and discuss whether breastfeeding may be considered a public indecency or, conversely, whether it should be further supported by public and private institutions. Join our debate and vote (see below)

Nursing or breastfeeding refers to the action of feeding babies and infants with a woman's breast milk. This is a women's right and natural practice recommended by most pediatricians. Babies may nurse many times a day, every two or theree hours, during the first weeks of their lives. Often they spend between ten and fifteen minutes with each breast. Later the frequency decreases as they manage to take more milk faster. However, breastfeeding can sometimes become a problem when the little child is hungry outside home and the mother does not feel comfortable nursing in public. This is particularly the case when the people sharing a public space with the mother and child may find the act of breastfeeding as inappropriate, indecent or disgusting.

In order to prevent these uncomfortable situations it is very important for the mother to plan ahead whenever she is going out with her baby. These are a few tips you may want to consider if you are a mother and have a feeding newborn:

On netivist we have already discussed the pros and cons of breastfeeding, The World Health Organisation (WHO) recommends that babies up to 6 months of age be exclusively breastfed, and that nursing should continue until the child is 2 years old (along with other complementary food). These are just some of the benefits, and some of the reasons why so many women choose to breastfeed their children:

​Watch this interesting video on the benefits of breastfeeding:

If the advantages of breastfeeding are so many and breastfeeding laws preserve mothers' rights to nurse wherever they are, what is the problem? Why are we still debating about it?

On the one hand there are continuous complaints from people who think breastfeeding in public places is rude and a public indecency. The main arguments against breasfeeding in public revolve around the exposure of the mothers body and unease some people feel in facing partial nudity. Usually people in more traditional societies or following conservative values find breastfeeding in public an unnecessary display or an embarrasing practice. In some muslim countries, such as Saudi Arabia, it is forbidden for women to show any part of their body in public except their face and hands. Obviously in these countries women find it almost impossible to nurse children in public.

Even in countries where breastfeeding is legally accepted, there have been some incidents and protests against women nursing in public or simply about pictures of women breastfeeding on some media. Some people claim that not all natural practices should be allowed in public and that breastfeeding could be considered public indecency or indecent exposure. Opponents to breasfeeding in public argue that nudity, sex, urination and defecation are also natural but still not acceptable in public. Many find it "repulsive," "creepy" or simply "disrespectful." In particular those who have not breastfed their children don't always understand why nursing parents don't go to public places with formula milk or with breast milk previously expressed and bottled.

On the other hand, many mothers complain of a sort of breastfeeding discrimination and how difficult breastfeeding becomes when the people around don't show empathy for mothers and hungry, often crying, babies. Most breastfeeding mothers would reject the accusation of indecent exposure because it is clearly not sexually motivated or contrary to the ethics or moral standards of appropriate behavior in most parts of the world. Breastfeeding at work is often very difficult. Most companies don't allow mothers to bring their children to their workplace. Moreover, in the United States as in other countries, there are no enforcement provisions to safeguard the right to breastfeed in public. So if a nursing mother is harassed by someone, there is probably no legal action she can take against the person who is trying to interfere.

Today breasfeeding in public is much more controversial in some countries than in others. For instance in most African and European countries it is accepted by the large majority while in other countries, such as the US, many people feel uncomfortable when witnessing a mother breastfeeding her child.

What do you think? Should breastfeeding be promoted in public places or should mothers try to nurse exclusively at home or in private areas? Would you support laws prohibiting breastfeeding in some public spaces? What about enacting laws with provisions to enforce the right to breastfeed anywhere?

Watch this interesting video on a social experiment and see how poeple react when a mother is breastfeeding close to them: