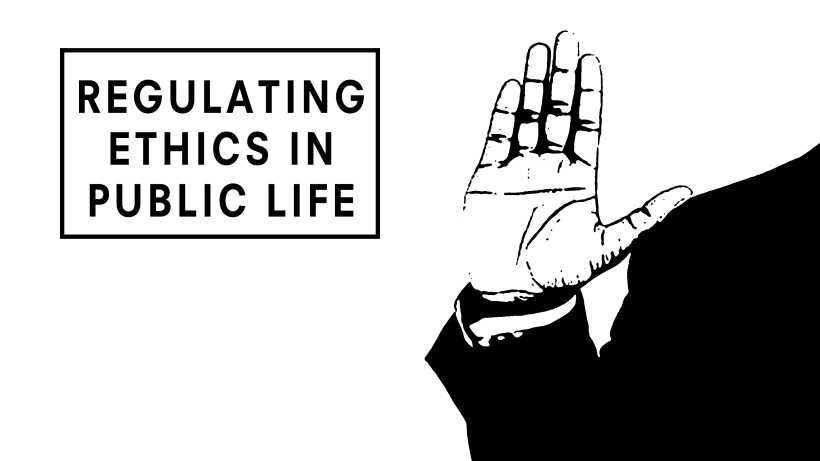 An increasing number of governments are regulating Public Service conduct. Join the discussion on the main drivers and problems of ethics regulation

Debate proposed by the Centre for Analysis for Risk and Regulation (CARR) at the London School of Economics and Political Science. It is based on the Seminar "Regulating Standards in Public Life" which took place on 29 May 2015 at the LSE as part of the ESRC Seminar Series "Regulation in Crisis?"

One of the early studies of the US system of government ethics Scandal Proof: Do Ethics Laws Make Government Ethical? (Brookings Institution Press, 2002) by G. Calvin Mackenzie and Michael Hafken. According to this study evidence shows that, in the US, the benefits of federal ethics policy did not outweigh its costs. The US government initiative to develop ethics policies have meant a great economic and manpower investment, and had has created burdens on individuals and constraints on the quality of public management. Unfortunately little net gain in ethics has been proven and public trust in government and politics has continued to decline. Thus, maybe there are better ways to ensure the integrity of the public service.

However, many argue that creating a regulatory system to define and limit ethical behavior in the public service could be improved and expanded to other countries in order to enhance public confidence and guide government decision-making that will justify the costs of the regulatory regime. Integrity, transparency, and accountability are some of the goals that regulators are looking to achieve with a public service code of conduct.

Challenges and problems when regulating standards in public life?

A series of key challenges emerge when regulating ethics and setting a public service code of conduct:

Moreover there are some negative unintended consequences of greater ethics regulation, including:

To better understand the drivers of the growing trend of government ethics regulation, you can watch this discussion between LSE Professor Martin Lodge and Charles Border (Partner, Allen & Overy, Washington D.C, and Visiting Fellow at CARR):

Assuring the public that ethical standards are respected by civil servants and politicians in decision-making and implementation of policies seems to resonate with our understanding of democracy. Although in principle this is a beneficial project to society the challenges and problems that regulators would encounter make it an interesting topic of debate. Do you think that overall regulating the public service code of conduct is positive to our societies?

Regulating Public Service code of conduct: Do ethics laws make government ethical?  Vote in the poll below and join our public discussion on whether or why ethics in government should or should not be regulated.