Is world population control the best solution to environmental issues? 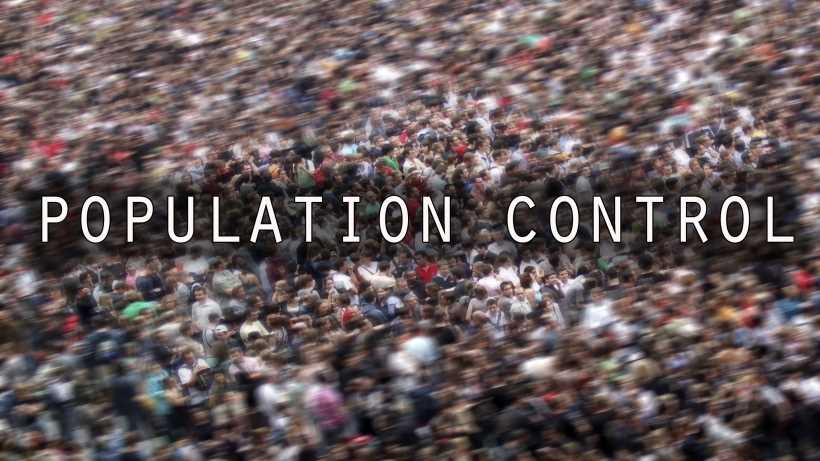 Source: Composite by G_marius based on a James Cridland's image

Are there too many people on the world? Do we need population control to tackle the most threatening environmental issues?

Overpopulation is one the main challenges we will face in the near future. According to several sources, the current world population is over 7 billion, with an impressive growth during the last two centuries (in 1804, the total human population was estimated to only 1 billion). This exponential growth is mainly due to the progress achieved in medicine and sanitation. The UN projections estimate a global population between 8.3 and 10.9 billion by 2050.

Are we consuming too many resources?

Many groups like the World Wide Fund for Nature or Global Footprint Network argue that we are already using 50% more than what the Earth is able to regenerate, and this percentage will increase in the future if we don’t take quick decisions.

According to the majority of scientists, many environmental issues are linked to our patterns of consumption, like global warming (too many CO2 emissions), pollution of the oceans, disappearance of many species (intense hunting and fishing), among other important issues.

Is world population control the solution?

One of the main causes of this excessive consumption of resources could be overpopulation. There is no real consensus about what is the carrying capacity of Earth, and as a result, it’s difficult to determine if there is overpopulation. A recent meta-analysis, with estimates ranging from a sustainable human population of 650 million to that of 98 billion (both with current technology) showed mixed results about the consequences of population growth. However, the same meta-analysis determined that a good estimate for the carrying capacity of Earth was 7.7 billion people (more or less the current population of Earth) and alerted that the world population in 2050 will be above the limits determined by many research studies.

Mass consumption was previously attributed to a few developed countries. However, many other countries with large populations (e.g. China, India, Brazil) are now experiencing quick economic growth, and we are already using more resources than those the Earth can regenerate. The prospects seem dire. Do we need to decrease world population before it is too late?

A change in our consumption patterns?

Another way of looking at the problem is considering that we are not too many, but our individual consumption is too high. So, to tackle environmental problems the solution would be to improve efficiency, and sustainability while consuming less.

Let’s take the example of energy. Japan, Germany and the United States are countries with similar living standards. However, in 2011, the energy consumption per capita in the USA was 7,032 kilograms of oil equivalent, which means the double of Germany (3,811) or Japan (3,610). This seems to indicate that if decisions were taken to improve efficiency and sustainability, the consumption per capita could decrease significantly without affecting the standard of living, and compensate the effect of population growth.

History also shows that humans have always adapted to new conditions. Some researchers argue population will continue to grow but that humans will make scientific discoveries and gradually change their consumption patterns accordingly. Are we exaggerating the dangers of population growth?

Do you think overpopulation is one of the major issues in the world? Will this be a major problem in the near future?  Do we need to introduce regulaton to control population? Is investing in sustainable products and energy the alternative? Should we do both? Is it all an exaggeration and we can keep doing business as usual?

Is world population control the best solution to environmental issues?  Vote and comment which solutions you find more effective


Is world population control the best solution to environmental issues?