Are multinational corporations replacing states as the main actors in the international arena? 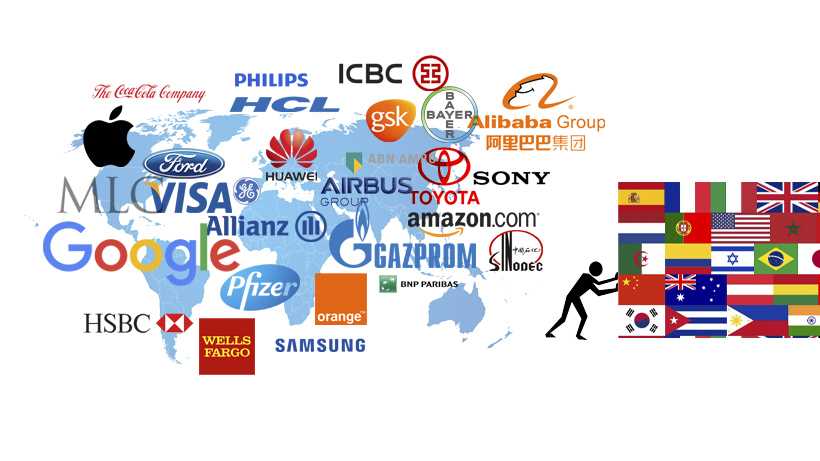 We discuss whether the most powerful companies in the world are competing with states to become the main actors in the international arena. Are multinational companies replacing states and threatening democratic institutions? Join our debate and vote in our poll (below)

This debate is based on the LSE100 lecture “The Power of Multinational Corporations" (third in the module: "Why is collective security so difficult to achieve?") by Professor Simona Iammarino (11 October 2016) at The London School of Economics and Political Science.

Simona Iammarino is Professor of Economic Geography and Head of the Department of Geography and Environment at the LSE. She is also affiliate to the Spatial Economics Research Centre (SERC). Her areas of research include geography of innovation and technological change, regional and local economic development, multinational corporations, and regional systems of innovation.

The power of multinational corporations

There are multinationals who now wield more economic power than some states. It is estimated that 147 companies control 40% of the wealth in the global economy. They are the most clear beneficiaries of globalization, able to be based in one country, manufacture their products in another, and pay taxes somewhere else. Many multinational corporations are emerging also in developing and transition economies and widening their scope their operations. Still, most of the world's biggest companies have their headquarters in a very small number of cities. Therefore there is a process of dispersion across borders and concentration within them.

Because they are able to operate outside and across national boundaries, it is difficult to monitor and regulate any negative behavior (effects on climate, human rights abuses etc). States, worried about possible job losses if companies move elsewhere, are loth to restrict corporations' behaviour. And corporations trying to practise corporate responsibility often end up having to think about production costs and their bottom line. There is a widespread perception that big corporations are threatening some of the democratic institutions of states and that they may end up perverting the cultural and social fabric of countries. Multinational corporations are increasingly seen as excessively large and powerful, and as having experienced a drastic increase in their power and impact.

However not all analysts share these conclusions. For instance, De Grauwe and Camerman (2013) use value-added data instead of sales and found that multinationals are surprisingly small compared to the GDP of many states. They argue that the size of multinational corporations relative to the size of nations has not increased during the last 20 years and that there is little evidence that the economic and political power of multinationals has increased in the last few decades. More data and information are needed to understand these trends and the role of private corporations in the international arena.

Largest corporations in the world vs States

This list by corporationsandhealth.org ranks governments and the largest coorporations in the world by revenues to help you understand their dimension and capacity to influence the events in the international arena:

Could multinationals be seen more as a continuation of the concentration of power and wealth in particular parts of the globe? And a continuation of historic inequalities and power dynamics? So are corporations actually a result of dynamics already present in the world system of nation-states? Are multinational corporations contributing to political stability and collective security or undermining it? Are lobbying firms contributing to excessive corporate influence on governments? Will corporations rule the world? Are some companies too big to fail?

Are multinational corporations replacing states as the main actors in the international arena? Vote and share your views and questions about the issue.


Are multinational corporations replacing states as the main actors in the international arena?