Best airplane in the world: Boeing vs Airbus 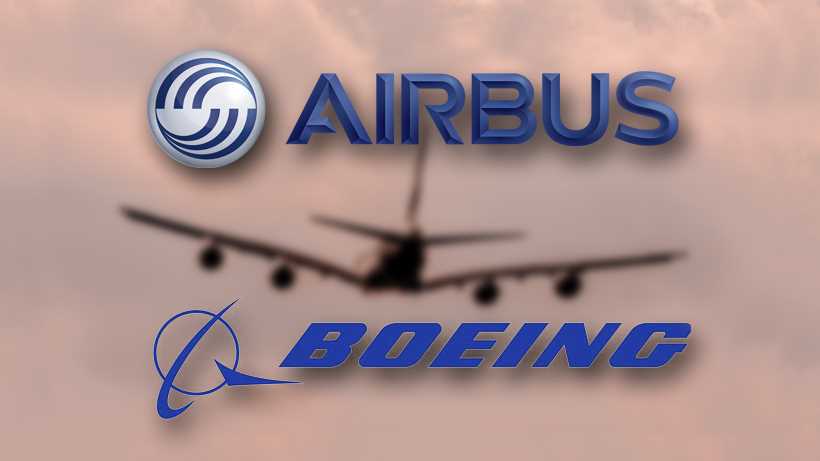 We compare Airbus and Boeing and discuss some of the top aircrafts they have manufactured. Join our debate and vote on which of the two has created the best airplane.

Boeing and Airbus are the biggest aircraft manufacturers and among the most successful aerospace companies in the world. Over time they have built a legendary rivalry similar to those of other big companies such as Nike vs Adidas, Lego vs Playmobil and BMW vs Mercedes that we are also discussing on netivist. This competition is so tight that between 2004 and 2014, Airbus received 8,933 orders and Boeing 8,428, delivering respectively 4,824 and 4,458 airplanes to their custormers. After series of mergers between aerospace companies and the closure of others, Airbus and Boing established a duopoly in the sector of large commercial jet airliners which remains unchallenged since the 1990s. Ever since Airbus and Boeing began to compete in this way accusations of exploiting advantageous conditions and economic support from several European and the American government have been levelled at each manufacturer. The Europan and American aerospace companies compete to create the biggest, the most efficient and the safest aircrafts. But who do you think produces the best airplane in the world?

Airbus SAS is an European aircraft manufacturer which employs more than 73,000 workers and which has in production facilities in many countries including, France, Spain, Germany, China, The United Kingdom and the United States. Its headquarters are in Toulouse, France. Airbus was founded in 1970 as a consortium of European aerospace companies, including the British Hawker Siddeley, the French Aérospatiale, the German Deutsche Airbus and the Dutch Fokker-VFW. In 1971 the Spanish company CASA joined the group. Their goal was to compete with the biggest American manufacturers, such as Lockheed, McDonnell Douglas and Boeing. In  2015, Airbus's backlog of orders achieved an all-time record of 6,831 aircrafts with a total estimated value of $1 trillion. The revenues of company were $67 billion. Currently the European aerospace company produces the biggest plane in the world, the Airbus A380 (excluding the Russian cargo plane Antonov An-225).

Watch this documentary about the Airbus A380:

The Boeing Company is an American corporation which manufacturer airplanes, helicopters, rockets and satellites. Boeing's headquarters are currently in Chicago and it employs nearly 160,000 people worldwide. It was founded by the aviation pioneer William E. Boeing in Seattle in 1910. Boeing produced planes for airmail and pursuit fighters for the U.S. government during the 1920s. In 1933 it introduced the first modern airliner, the Boeing 247 which was faster and safer than any other passenger airplane. In 1938 it launched the 307 Stratoliner which was the first transport aircraft with a pressurized cabin. During the Second World War the aerospace company grew very fast by building many bombers. In the 1950s they developed military jets and new bombers with new advanced technology as well as the first commercial jet airliner. During the 1960s and 1970s Boeing gradually shifted the focus of its activities from the military to the commercial sector. The competition with Airbus intensified. During the 1990s, Boeing acquired Rockwell's aerospace unit and merged with McDonnell Douglas. Boeing revenues in 2015 were $96.11 billion.

Watch this National Geographic documentary about the Boeing 747-8:

Best airplane in the world?

Experts and customers are split between those who prefer Boeing models and those who prefer those of its European rival. Despite the complexity and costs involved in the aerospace industry, both Airbus and Boeing have continuosly invested to improve their aircrafts to satisfy pilots and passengers alike. It is very difficult to decide which of them produces the best airplane in the world. In order to help you decide, we remind you of some of the most iconic planes these two aerospace companies have manufactured so far:

Which company do you think currently has a competitive edge? What is currently the best jet airliner? Which of the two companies do you think will produce the best future airplane?

Which company makes the best airplanes in the world: Airbus or Boeing? Vote and explain why. Share with us which are the best aircrafts they have produced.


Best airplane in the world: Boeing vs Airbus