Uber business model - Is Uber an online intermediary or a transportation service provider? 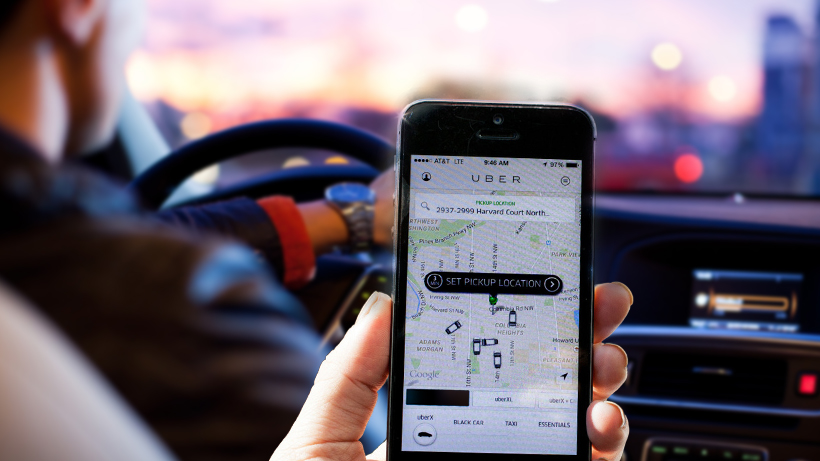 We discuss what is uber's business model and its implications in terms of regulation. Is Uber a transportation service provider and therefore subject to licensing authorizations? Or is the American ridesharing company simply and online intermediary and therefore exempt from such legal requirements?

This debate is based on the research conducted on Internet and Telecommunications regulation by Dr Marta Cantero. She is a Post-doctoral researcher at the University of Helsinki where she lectures in EU law, internet regulation and regulated markets. Marta holds a PhD from the European University Institute in Florence. Her current research focuses on Telecommunications regulation, Internet regulation, Digital law, Digital platforms, Sharing Economy, IT standardization, and dispute resolution.

Uber's business model: Is Uber an online intermediary or a transportation service provider?

The ban of Uber in London had a big impact in the public opinion. Citizens are divided between those who find the American app as extremely helpful and convenient, and those who are afraid of the growing power of these multinationals and the impact in our society. Technological progress is making increasingly difficult the job of regulators as some of these companies do not fit clearly in the existing business categories. Important discussions are taking place all over the world and in particular in the EU to determine what taxes and legal requirements should these new companies of the sharing economy be subject to.

Ridesharing, like any other “sharing economy” business, was born amidst the digital revolution and the economic crisis. These innovative business models have helped solve the problem of underutilized resources – the average vehicle occupancy rate in Europe is 1.7. Moreover, ridesharing services have allowed the creation of an additional source of income for many part-time non-professional drivers. However, while on-demand transport applications have disrupted the market, they have also found impediments throughout the globe. The rapid expansion of ridesharing applications within an unregulated and fragmented market has resulted in several conflicts with the administration, traditional taxi providers, their workers and even their own users.

Among all the existing ridesharing companies, Uber is perhaps the most famous one –and also the most controversial. The latest revelations, scandals and problems encountered by the well-known Silicon Valley start-up have speeded up the resignation of whom until recently was Uber’s CEO, and nearly evangelist, Travis Kalanick. Thus, despite the advantages accompanying to this new phenomenon of the sharing economy, its associated disadvantages and risks have questioned its benefits. Uber has certainly disrupted the passenger transportation market, however, many complain about Uber's unfair competition and argue that the American company is benefiting from loopholes in regulation.

The regulatory situation in Europe

The development of new technologies and how to regulate emerging realities is never without controversy. However, Uber’s disruption has certainly attracted all attention to its business model about its associated legal problems in terms of competition law, consumer protection and labour law, for instance. These drawbacks have raised concerns and different local administrations started providing different rules for these new type of services. This has resulted in a disparity of situations where some cities allow ridesharing services, some others are imposing heavy fines. Amidst this fragmented environment, regulators struggle to find the appropriate legal nature of these unusual type services that do not seem to find accommodation among the existing legal rules. From a regulatory point of view, the business model has important consequences in the case of Uber. While a transport undertaking (taxi business) is subject to licensing authorization regimes, online intermediaries may be exempted from those market entrance requirements. The latter, at least within the European Union, would derive from a prerogative based on the EU’s freedom to provide services. In December 2017, following a complaint from Barcelona taxi drivers, the European Court of Justice has ruled that Uber is a transport firm. This means that in the European Union, Uber drivers will be subject to stricter licensing and regulation.

Watch this video with some of Uber controversies

What is Uber: Information society service or service provider?

The key to understanding whether Uber can be classified as an online intermediary or a mere transportation service provider are not yet clearly defined in a legal manner. In the meantime, some criteria to decide what is Uber's business model have been put on the table, including whether:

At the moment, the classification Uber business is in the hands of the Court of Justice of the European Union, whose interpretation will certainly be crucial in changing the regulatory fate of the well-known platform. So far, it has been suggested that Uber is more of a transport service provider than a mere online intermediary. While a final decision awaits; what is Uber?

What is Uber's business model? Is Uber an online intermediary or a transportation service provider? Vote and explain what type of regulation should be applied Uber and whether they are engaging in unfair competition or not.


Uber business model - Is Uber an online intermediary or a transportation service provider?