Does celebrity advocacy have a positive impact on development projects in African countries? 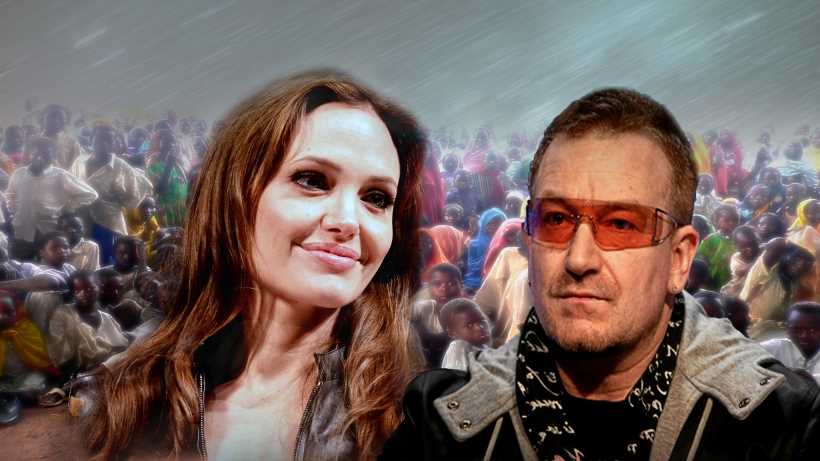 Although celebrities sponsor projects and help raising awareness, many critics find their involvement detrimental for African countries. Vote and share.

Since the groundbreaking Live Aid concert of 1985, organised by Bob Geldof and Midge Ure to raise funds for the relief of the Ethiopian famine, celebrities have been increasingly involved in charities and development initiatives in African countries. Angelina Jolie's position as good will ambassador for the United Nations High Commissioner for Refugees (UNHCR), George Clooney’s advocacy work on behalf of Sudan, Bono and Bob Geldoff’s involvement in the G8 and the Commission for Africa, are just some of the most prominent examples. Celebrity advocacy of humanitarian causes has managed to raise large-scale awareness on issues otherwise unnoticed by the global public and also raise aid pledges with speed and effectiveness that is not usually possible for NGOs or governmental actors. At the same time, however, celebrity involvement in development politics has been criticised for drawing the focus on the famous person behind the campaign rather than the suffering of the victims and its causes, of misplacing public focus on issues the celebrities are drawn to, while ignoring other more serious ones, of trivialising humanitarian crises, and of ultimately functioning as a PR stunt for the celebrities.

These debates have been more recently illustrated in the Band Aid 30 campaign, organised by Bob Geldof and producing a celebrity-filled single covering the track 'Do They Know It's Christmas', the proceedings of which went to the battle against Ebola. Critics of the effort, including Ebola survivor, nurse William Pooley, accused it of cultural ignorance and patronising neglect of local efforts to alleviate the disease. Geldof, on the other hand, focused on the money raised by the single and highlighted the effectiveness of the single in creating debate about the issue.

What do you think? Does celebrity advocacy have a positive impact on development projects in African countries? Is star power the most effective means of capturing public attention? Or are celebrities detrimental in the efforts to alleviate the causes of suffering for populations in African countries?

Does celebrity advocacy have a positive impact on development projects in African countries? Vote and explain on the comment section below


Does celebrity advocacy have a positive impact on development projects in African countries?