Who is the best James Bond actor? Pick your favorite 007! 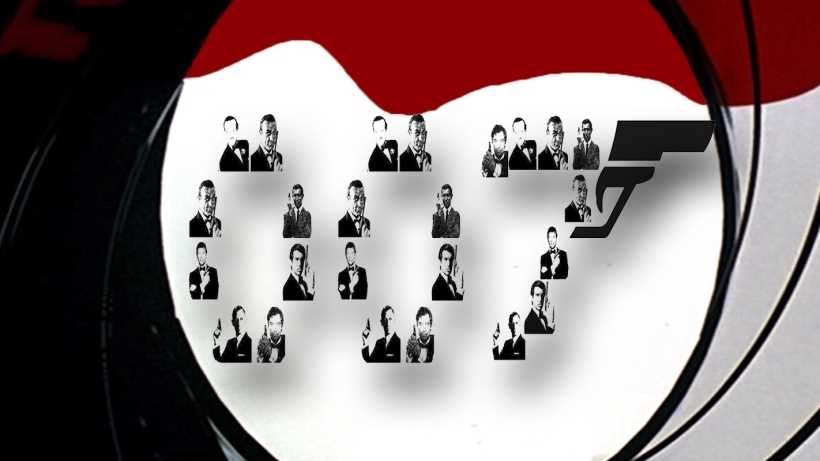 The latest 007 film "Spectre" is out. We compare all James Bond actors (Connery, Niven, Lazenby, Moore, Dalton, Brosnan and Craig), and decide who was the best and why. Check out our poll and comment below!

The latest James Bond film, "Spectre" (2015) has just been released. Maybe it is time to take a look back at the history of the most famous secret agents saga in the history of the big screen, and decide among the many actors who have played James Bond, who was the best.

Created in 1953 by Ian Fleming, the incorruptible spy James Bond was first incarnated by Sean Connery in 1962 ("Dr No”). Since, a total of 26 Bond movies have been produced and seven actors have incarnated the agent double-0 7: Sean Connery (7 movies), David Niven (1, 1967 Bond spoof Casino Royale), George Lazenby (1), Roger Moore (7), Timothy Dalton (2), Pierce Brosnan (4) and Daniel Craig (4 movies so far). We are far from agreement on who is the best James Bond Actor. First Bond movies were mostly focused on saving the world from extremely mad guys (Dr No, Goldfinger, etc.) and the Spectre Organization. Bond films introduced original openings with the gun barrel and silhouettes of naked women accompanied by successful soundtracks. Iconic sentences (“My name is Bond, James Bond”; “A martini, shaken no stirred”), crazy action scenes, sophisticated gadgets, and Austin Martin cars have also become trademark of 007 adventures.

Bond movies have been criticized for its recurrent sexism. Women characters in Bond movies were indeed mostly used as sidekicks for Bond character. In that spirit they were called the Bond girls and often had suggestive names (Pussy Galore, Plenty O’Toole, Xenia Onatopp, Holly Goodhead...). Not to forget about the secretary Miss Moneypenny. With time, women got more powerful (eg. the characters played by Michelle Yeoh, Sophie Marceau, Halle Berry, Eva Green etc...) and sexism tended to decrease.

Bond movies evolved towards more spectacular actions and stunts and more seriousness of the Bond character. He became darker (see the last three Bond movies) tended to seduce fewer women than in the older Bonds. The use of gadgets also drastically decreased or even disappeared to the point that Q character became insignificant until his recent revival in “Skyfall”. Finally, recent movies mostly relied on muscular and very fast actions, as well as expensive and impressive visual effects. The actors who successively interpreted Bond brought different specifics to the character. Sean Connery brought humour, charm, muscle, a sense of ease and sexism. Roger Moore continued the humour, but seemed to care more about his own look than his predecessor which may have given the wrong perception of being less manly than the former Bond. Timothy Dalton was more serious, less expressive and did not sleep with as many women as the previous Bonds (maybe reflecting the 80s and the emergency of AIDS). Pierce Brosman introduced his good looks, a significant arrogance to Bond and the using back of women. He also tended to care more about his looks than the previous one. Finally Daniel Craig brought some darkness and mystery to the character. So far he expressed very little humour in his appearances. He also added significant physical muscular changes to the Bond character.

Some fans will say that, although recent Bond movies regained enormous popularity, it has been at the cost of loosing the spirit of the original ones: the humour, the charm, the sex, the gadgets and the saving of the world in the last 7 minutes, etc. Others will argue that older Bonds were kitsch and that the new movies gave back some interest to the famous character by showing more deepness and mystery.

Who is the best James Bond actor? Pick your favorite and tell us why Vote here and share what you like or dislike in Bond movies
Links:
Best Star Wars movie?  Best movie with a twist ending?  Best Scorsese film?


Who is the best James Bond actor? Pick your favorite 007!