Top ten superhero movies: what is the greatest film based on a comic-book hero? 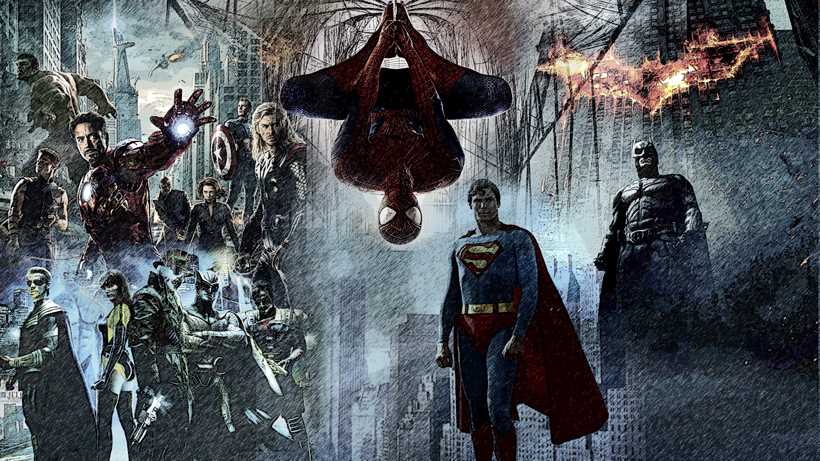 We compare the top ten superhero movies and decide which is the greatest among them. Superman vs Spider-Man vs X-Men vs Avengers vs Batman vs Captain America vs Watchmen vs Hellboy vs Deadpool vs Kick-Ass.

Movies based on comic-books

In the last few years Hollywood has released a growing number of movies based on comic books. The superhero genre has become one of the most successful in the box office over the last decade. Films such as The Avengers, Avengers Age of Ultron, Iron Man 3, The Dark Knight, Dark Knight Rises, and Captain America: Civil War, have each generated over one billion dollars in theatres and are among the top 25 highest grossing films in history. The Avengers, with over $1.5 billion, is the all time 5th highest grossing film. Being a comic-book geek is no longer a point of social stigma or something to hide among adults: the public love these films. Many of the current film directors and producers grew up reading comic-books. Thanks to tecnological advancement in terms of digital special effects, crating spectacular scenes in which comic-book heroes wield their super-powers is easier than ever.

Many iconic characters of Marvel, DC, Image and Dark Horse Comics have seen their popularity boosted thanks to their transition to the big screen. Some movies have been great economic failures and many comic-books fans and reviewers have complained about some of the poor adaptations. However, there are also many excellent superhero movies which have managed to please not only to those graphic novel readers, but also to people who did not like comics. We debate and vote (see below) which among all superhero films is the all time best.

Not all superhero movies are equally well known. Here there is a complete list of all live action film adaptations of comic-book heroes (including multi-chapter serials and TV films):

Watch these videos with the top ten impressive fights in superhero movies and the top 10 worst movies:

The list of good superhero films list is long, we have shortlisted ten of the best based on their popularity and critics reviews. Help us decide which of these top superhero movies is the all time best. In chronological order these movies are:

In your opinion which are the best superhero films? Is superheroes your favorite film genre? Do you think superhero fims captured properly the spirit of the comic-books they are based on? Overall do you prefer DC Comics or Marvel adaptations?

Top ten superhero movies: what is the greatest? Vote and explain what you like or dislike about these films. If there is another film that you would have shortlised please add it to the comment section below.


Top ten superhero movies: what is the greatest film based on a comic-book hero?