Clowns are scary or funny? 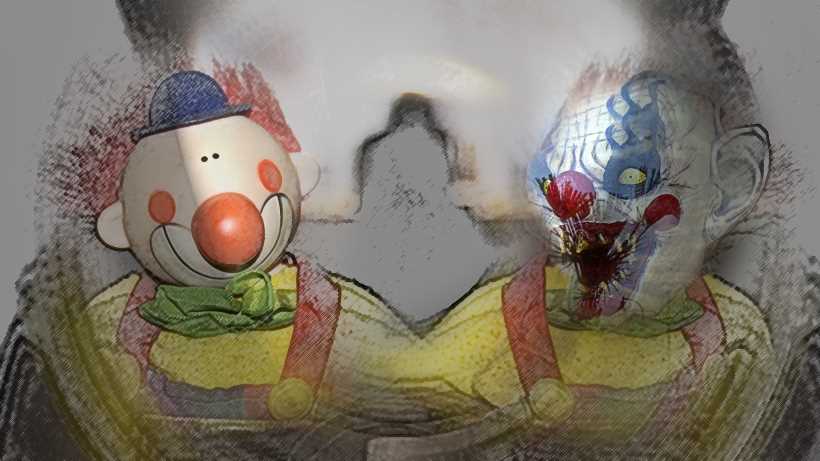 Source: Composite by G_marius based on ☃'s and Lisa Bunchofpants' images

Children love clowns, we all did at some point, right? Maybe not so much anymore. More and more people think clowns are scary, not funny at all. And you?

Clowns scary or funny depending of who you ask

Clowns, as jesters, harlequins, jokers or pranksters have been with us for thousand of years and have emerged in different cultures such as Ancient Egypt, China, and even Native American communities. But not everyone finds them as enjoyable... In particular in the last few the "creepy clown" or "killer clown" caze has contributed to turn them into scary features most people would not find funny anymore.

Clowns are comic performers that usually employ mime or other type of physical humor to entertain. The history of clowning is long. Since the late 18th century clowns have been associated to children and the circus. There are many different types of clowns, such as the White-Face clown, the Auguste and the Hobo. Some clowns look sad and others happy but their goal was always to steal a smile or make you chuckle with their facepaint, crazy clothing, exaggerated moves, and silly actions. Some famous clowns, such as Grimaldi, Grock and Chalie Chaplin, will never be forgotten.

However, not everyone seems to enjoy clowns. Since the 1980s researchers study the fear of clowns. This mental disorder is known as coulrophobia and affects to many people including children. Popular culture in the last few years has also contributed to a shift in perceptions about clowns. In particular American horror movies and TV shows have shock us with some very nasty images of evil clowns capable of the worse things (see video below). Probably inspired by these fiction movie characters, some hooligans and criminals have also dressed as clowns to attack people or commit robbery. The most notable case study is France, where there have been series of complaints about armed clowns wreaking havoc in several different towns. Some of them were simply pranksters who wanted to have fun stalking people in the street but others have violently assaulted passers-by. In the US, UK and many other countries, this "creepy clown" craze has expanded quickly and there has been recently a growing number of incidents involving people dressed up as killer clowns harrassing and scaring the public. Some of them have finished in arrests and with people injured. The gravity of the problem has made authorities in some cities to request citizens not to purchase and wear this type of costume and fancy dress shops warned not to sell them during Halloween. No clowns allowed! However, these calls may have been unsuccessful as apparently the popularity of this costume has skyrocketed this year.

Do you like them? Do you think clowns are a good entertainment for children and adults? Is this new negative depiction of clowns in pop culture just a short-term trend? Should killer clown or creepy clown pranks be banned?

Watch these videos with the to 10 scary clowns in the history of cinema and best clowns in history:

Do you think clowns are scary or funny? Vote in our poll and tell us what you like or dislike about clowns. What do you think about the new fashion of dressing up as evil or killer clowns?
Links:
Can men and women be friends?  Is homeopathy effective?  Agatha Christie vs Conan Doyle


Clowns are scary or funny?