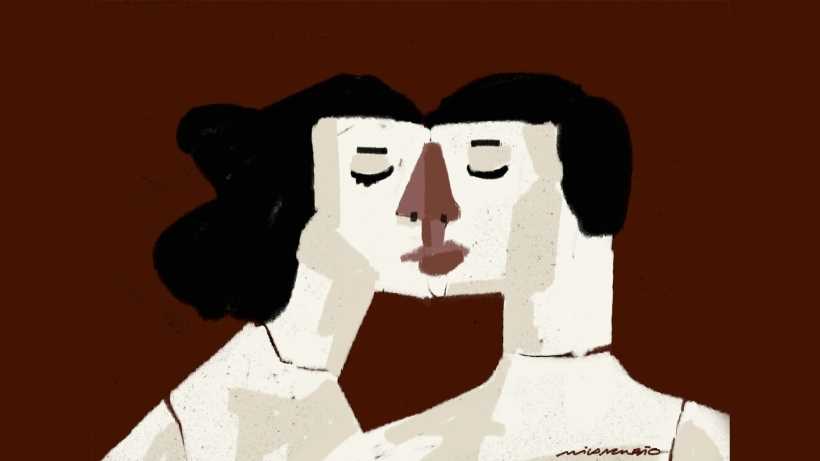 Our understanding of what constitutes emotional infidelity, cheating, or adultery can make or break a relationship. Is kissing a serious act of betrayal? Vote and join our debate.

The definition of what infidelity (or cheating) remain contested. Usually infidelity is considered an infringement or violation of a mutual contract of agreement on emotional and sexual exclusivity. Infidelity tends to generate frustration, rage, loss of confidence and jealousy. However we know that the threshold of tolerance for infidelity varies from across people and relationships. Depending on the expectations within the relationships and the general norms of behavior accepted in the environment acts can be considered cheating or not. In married and longstanding couples, exclusivity expectations are commonly assumed, more so when they have children. Unfortunately these expectations are not always met. But what can be or should be considered an act of betrayal? What acts violate these tacit agreement in a couple?

Here we debate whether kissing another person while being in a relation constitute by itself a serious act of betrayal. For some people there are no valid excuses, some acts are always considered cheating or infidelity regardless of the context in which they happened. Others would claim than the distinction is not so clear cut, and that there might be some "mitigating circumstances" which make these actions less harmful. A typical situation occurs when people are at a party and after having some drinks they start flirting with another person and this ends up in kissing. Are those kisses an act of betrayal? For some people infidelity is linked adultery or sexual intercourse. For them kisses may be on the fringe of what could be considered a display of affection or friendship. These people could be more willing to forgive their partners. Conversely, many others think that kissing a person who is not your partner is a serious enough offence to cause the break up of a realationship. However, for other people what makes the difference is if the kisses are accompanied with emotional infidelity. From this angle the act of kissing would be not so important as the possible intention that the person may be harboring to initiate some sort of further, often sexual, relationship with whoever they are kissing.

Do you consider the context or causes when consider if an action, in this case kissing someone outside the relations, should be considered cheating? Where are the red lines in a relationship for you?

Is kissing cheating (a serious form of betrayal)? Vote in our poll and tell us why you think so in our discussion forum (see below)