DC vs Marvel: which super heroes universe do you prefer ? 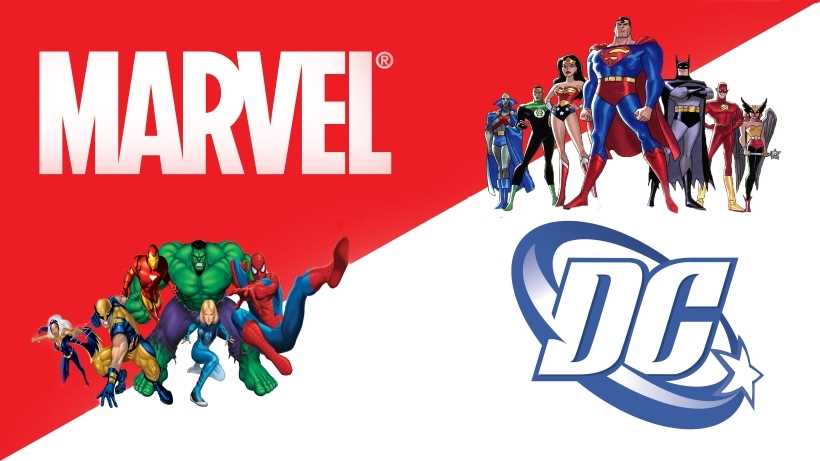 DC Comics and Marvel have dominated the comic-book industry for over 6 decades. Which of the two fiction universes do you prefer? Check out our top 25 super heroes and villains lists.

Together they account for over 80% of the American comic-book market. DC Comics and Marvel Comics have been the leading comic-book companies for over 6 decades. Both have created unique characters, and universes that have expanded beyond comic-books into the cinema, TV, video games and toy industries. Thanks to excellent comic-writers and Hollywood super heroes are nowadays undergoing a new golden age. Their impact on popular culture shouldn't be understated.

The Marvel story started in 1939. By that time, the company was named Timely Publications, but the first comic edited was precisely a work titled “Marvel Comics”. The company was later known as Atlas Comics, before choosing the name Marvel in 1961, the year that the company launched The Fantastic Four, along to various superhero titles created by Jack Kirby, Stan Lee, Steve Ditko and other authors. Since 2009, Marvel belongs to The Walt Disney Company. The Marvel universe hosts Spiderman, Captain America, Thor, Iron Man, Wolverine and X-Men among many others. Both DC and Marvel host also great superhero teams.

Started in 1934 as National Allied Publications, DC Comics took his current denomination in 1937. The initials "DC" came from the company's popular series Detective Comics. The company published the first Action Comics in 1938 (featuring Superman), before introducing Batman in Detective Comics in 1939, with great success. DC Comics belong to the Time Warner group. The DC universe includes characters such as Batman, Wonder Woman, Flash, Sandman, Swamp Thing and Superman, whose Action Comics series has passed the landmark of 1000 issues.

Since both comics company control such a huge share of the market, they are natural competitors. At the same time, most of their superheroes have their own legions of fans, and the rivalry between both universes is a classic subject of debate. However, in 1996, both companies did a curious collaboration, publishing a crossover name “DC vs Marvel Comics”, where the main characters of each universe fought in a series of duels, with interesting outcomes such as Superman defeating the Hulk while Spider-Man defeated Superboy.

Lists of top 25 DC and Marvel super heroes and villains

This is a non scientific list of arguably the most popular and charismatic DC super heroes (we have not included several incarnations of the same hero):

Let's look at the evil guys populating the DC universe:

And here we move into the Marvel mighty good guys:

Today it’s your turn to choose your favorite universe. Would you be a member of the Justice League or an Avenger? Batman or Spiderman? Thor or Superman? Wonder Woman or Wolverine? Which are the best comic-books and superhero movies? Pick a side and tell us why.

DC vs Marvel: which super heroes universe do you prefer? Vote and share your thoughts!


DC vs Marvel: which super heroes universe do you prefer ?