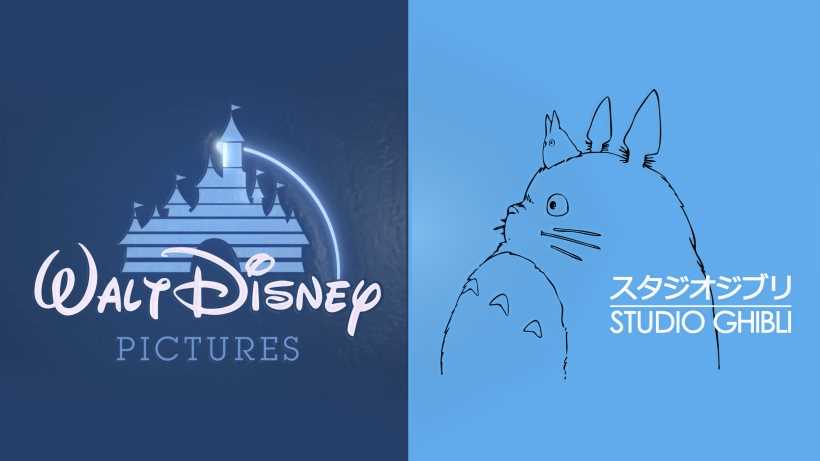 Disney vs Ghibli. The best animated movies are often crafted by one of these studios. They have their own distinct styles. But which one do you prefer?

Across the world, millions of children and adults would rank Disney and Studio Ghibli films within their all time favourites. The Walt Disney Animated Studio's first, feature-length animated film, Snow White, has captured the imagination of generations. Despite being over 80 years old, it is still parodied and quoted across countless works and genres and has become a classic piece of cinema. Followed by the likes of "Cinderella" and "Toy Story", the name Disney is now synonymous with timeless stories and unforgettable adventures.

"Spirited Away", however, marked for many a new and encapsulating way of storytelling, expanding Anime's fandom across the globe. Children and adults alike were enchanted by Miyazaki's beautifully strange and colourful world, and Studio Ghibli's name was cemented as an iconic workshop of imagination. "Pom Poko" and "Kiki's Delivery Service" served to garner yet more admirers of the studio's work and continue to inspire and entertain even after the retirement of it's founding director. Unfortunately, after the retirement of Hayao Miyazaki, the studio the Studio Ghibli announced that it was halting production. Their last film was the drama "When Marnie Was There."

In sum, Disney and Ghibli have become the two most successful and iconic studios of modern animation. Their movies are instant classics that captivate children and adults thanks to their wonderful characters, imaginative plots and delightful soundtrack. Some prefer Ghibli's anime style, others lean toward Disney's more traditional approach. And you?

Which one do you prefer Disney or Ghibli studios? Vote and tell us why.
Links:
Dragon Ball vs Saint Seiya  DC vs Marvel  Star Trek vs Star Wars  The Middle Earth vs Westeros