Dragon Ball vs Saint Seiya: Knights of the Zodiac: which anime do you prefer? 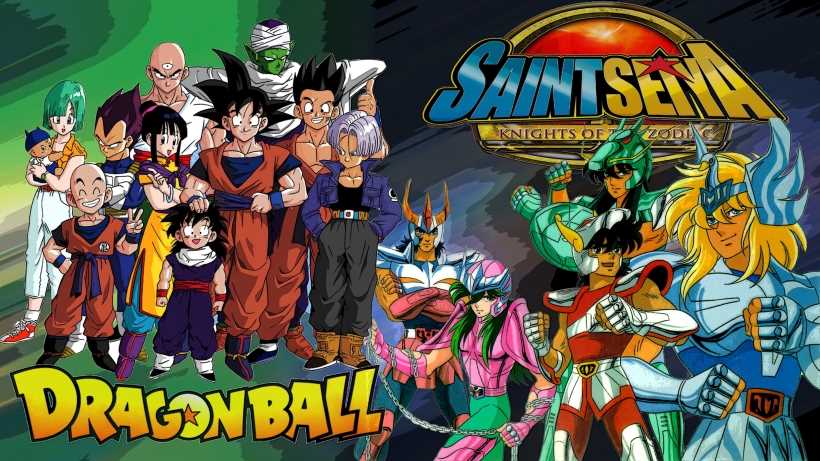 Dragon Ball and Saint Seiya are the most famous fighting manga series created in the 1980s.

Dragon Ball and Saint Seiya: Knights of the Zodiac are the most famous manga and anime series created in the 1980s. Their characters become quickly iconic. Who has never played  to be a "Super Saiyan" or a Knight of the Zodiac as a child?

Dragon Ball is a manga series written and illustrated by Akira Toriyama. It narrates the lives and adventures of Son Goku (a monkey-tailed boy who practices martial-arts) and his friends. Dragon Ball was originally serialized in Weekly Shōnen Jump from 1984 to 1995. Dragon Ball became popular worldwide thanks to its anime series (Dragon Ball, Dragon Ball Z and Dragon Ball GT). Dragon Ball has inspired many video games, collectible card games, films and merchandise.

Saint Seiya: Knights of the Zodiac, is a series written and illustrated by Masami Kurumada and also serialized in Weekly Shōnen Jump from 1986 to 1990 and adapted into an anime TV series. The series also inspired many video games and toys. Saint Seiya has a more dramatic style than Dragon Ball and tells the quests of Pegasus Seiya and his Zodiac Knights companions in a world that fuses elements from several different mythologies (Greek, Roman, Nordic, Chinese).

These series have many similarities such as the fighting theme, fantasy settings, wide range of characters and charismatic enemies. Despite the criticisms received due to their violent content, inappropriate for the younger audiences, Dragon Ball and Saint Seiya have still a legion of fans, the majority of which love both series. But which one would you choose?

Dragon Ball vs Saint Seiya: Knights of the Zodiac: which anime do you prefer? Which of the two left you with better memories?  Vote here and tell us which were your favorite characters and adventures.


Dragon Ball vs Saint Seiya: Knights of the Zodiac: which anime do you prefer?