Tekken vs Street Fighter vs Mortal Kombat: the best fighting game franchise of all time is ... 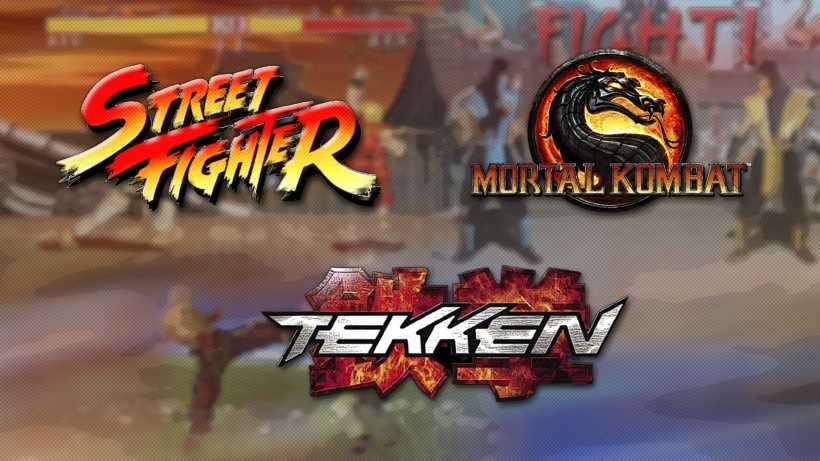 Tekken, Street Fighter and Mortal Kombat have long competed to be gamers' favorite fighting game franchise. Find out more about their history. Let's compare them and decide which is the best one

These fighting video game franchises are the most popular in the history of video games. Millions of arcade, PC and console gamers of the world have enjoyed these sagas for over two decades. There have been other notorious fighting sagas, such as Virtua Fighter, Super Smash Bros, Soul Calibur, Dragon Ball, King of Fighters, Marvel vs Capcom, and Blazblue. However, none of these game franchises have Street Fighter, Tekken or Mortal Kombat's long history and fan base. Let's see what is so special about these big three fighting game franchises.

Watch this video with the history of Street Fighter

Mortal Kombat was created by Midway Games in 1992. Gore and hyper-violence became trademarks of this franchise. Mortal Kombat introduced the concept of "fatality", finishing moves with which players could burn, decapitate or dismember their opponents. More than twenty titles and spin-offs have been released so far of this franchise, which now belongs to Warner Bros. Interactive. More than 35 million copies have been sold worldwide. The latest video game in the series, Mortal Kombat X (PC, Playstation 4 and XBox One), launched in 2015, became an instant success among the public and received very positive reviews. Some critics claimed that Mortal Kombat X is the best fighting game in years. Iconic caracters of the series: Sub Zero, Scorpio, Johnny Cage, Kitana, Goro, and Raiden.

Watch this video with the history of Mortal Kombat

Tekken was first released by Namco as an arcade in 1994. This game was one of the first fighting games to use 3D animation. Its success lead to a PlayStation port in 1995. Tekken reigned supreme on the second half of the 1990s, when Playstation was the console of reference. More than ten Tekken video games have been produced ever since, including spin-offs and crossovers (such as the famours Street Fighter X Tekken and Tekken X Street Figther). More than 44 million copies have been sold of the series so far. Tekken has also adapted into live motion and animated pictures, collectible cards and comic-books. The arcade version of Tekken 7 was released in Japan in 2015. In 2016, an updated arcade version was launched: Tekken 7: Fated Retribution and, in June 2017, the PC and console versions (Playstation 4 and XBox One) finally reached the international markets . Will Tekken 7 be at the level of Mortal Kombat X and Street Fighter V? Most iconic characters of the series: Kazuya Mishima, Nina Williams, Paul Phoenix, King II, Jin Kazama, and Heihachi Mishima.

Watch this video with the history of Tekken

These series offer quite distinct gamplay styles, as well as different stories and visual approaches to the fighting genre. Which on do you think is the best video game franchise: SF, MK or Tekken? ... Fight!

Tekken vs Street Fighter vs Mortal Kombat: and the best fighting game franchise is ... Vote and explain us why one of these series is the best, and what makes it special. Please invite others fans of these series to join our poll and debate


Tekken vs Street Fighter vs Mortal Kombat: the best fighting game franchise of all time is ...